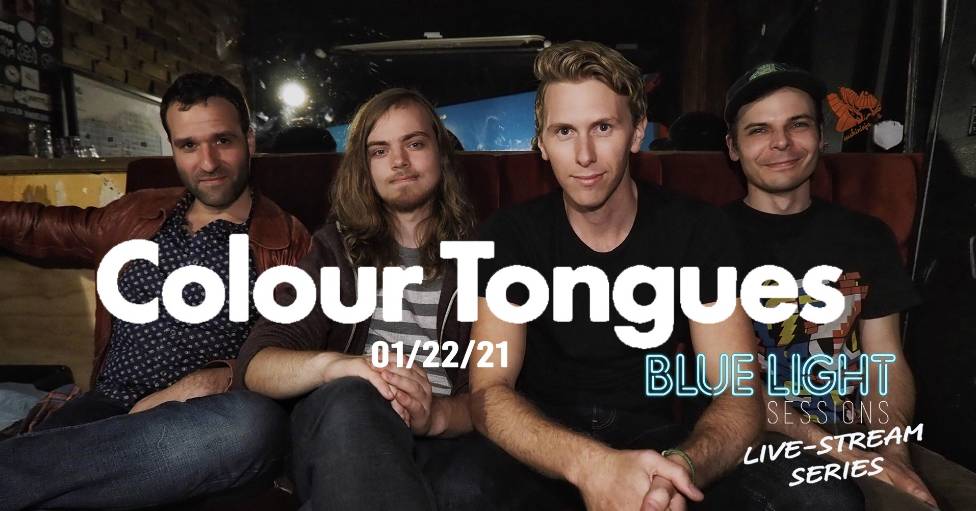 **This is a "free" show, however our artist and crew still need to eat and our industry is currently on hold. For those that can, please consider dropping a tip in our tip jar via the link below. The earnings will be split 60% to the band and 40% to Blue Light Sessions. You’ll have one week from show day to tip out your artist**

Colour Tongues is a four-piece Indie Rock band based out of Vancouver, Canada. Formed by Brisbane-born frontman James Challis and Winnipeg-native bass player Dan Lavergne in 2017, the group was later joined by Graeme Meekison on guitar, and drummer Dave Taylor in 2018. Since that time the band has emerged with a distinct sound that blends the complexities of math rock with the accessibility of indie, with comps including Phoenix, Foals, and Minus The Bear.

Colour Tongues has been listed in Vancouver's Daily Hive as one of the Top 10 concerts to see in Vancouver alongside the likes of Lorde and Santana, with their live shows being described by Beatroute BC as “playful with dynamics, fast in their execution and with a fresh progressive sound”.