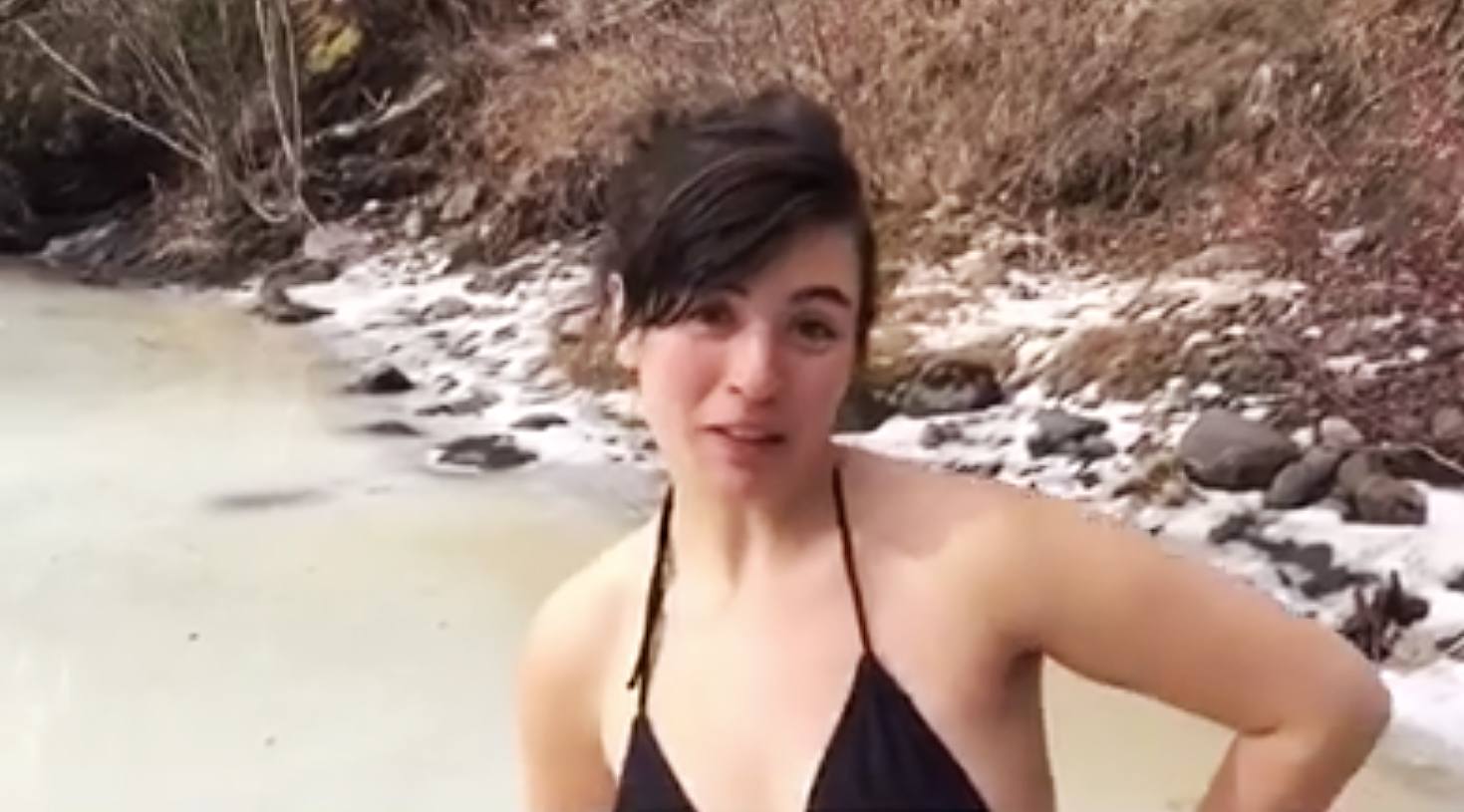 Activists are plunging themselves into BC’s icy cold rivers and ocean in the #KMchallenge to protest the expansion of the Kinder Morgan pipeline through Burnaby Mountain.

The controversial expansion will almost triple the capacity of the existing pipeline, meaning a significant increase in tanker traffic in the Burrard Inlet.

The #KMchallenge is reminiscent of 2014’s Ice Bucket Challenge, which swept across social emdia. However, instead of raising awareness of ALS, this challenge highlights the risk of an oil spill in BC’s waters.

Kai Nagata, with environmental group Dogwood Initiative, told Daily Hive he started the #KMchallenge after his friend Caitlin dared him to take a dip in the Seymour River.

“I decided if I was going to put myself through that kind of humiliation and misery, it could at least be for a good cause,” said Nagata.

“Whatever you think about pipeline and oil tanker projects, I think we can all agree that we love BC’s rivers and beaches and want to keep them clean.”

Several people have already been nominated for – and taken up – the #KMchallenge, including Dogwood Initiative staffer, Christina Smethurst.

Dogwood staffer Christina Smethurst takes the #KMChallenge. Are you next?

In her video, Smethurst nominated a number of people to take on the #KMchallenge, including Green Party candidate Adam Olsen.

Olsen walked out – and fell into – the cold winter ocean at the Saanich Inlet to show his support for the #KMchallenge on Wednesday.

Meanwhile, on Thursday morning, Nagata’s sister Kesia Nagata took the #KMchallenge to the next level, rolling around in the icy Kispiox River in northern BC.

The anti-pipeline protests keep on coming however, with monthly demonstrations now planned in Vancouver – and now the #KMchallenge.

A reminder of what we’re fighting for

Nagata said he believes the #KMchallenge is way to celebrate what we have in BC, and remind people what he and his fellow activists are fighting for.

“It’s amazing that BC has so many streams and rivers that are clean enough to swim in, drink from and even catch fish,” said Nagata. “We rely on fresh water to survive … It’s our greatest natural resource, but it’s under all kinds of threats.”

And to anyone worried about the environmental impact of increasing numbers of people swimming in BC’s waters, Nagata has this to say.

“I’d rather have people swimming and fishing in our rivers than crude oil, especially diluted bitumen which sinks when it spills in water.”

Despite opposition in BC, the pipeline project has support in Alberta, where oil patch workers say it will be good for the economy and bring much needed jobs to the area.

In the end, he says, people outside BC think the #KMchallenge is a bit crazy – but the jump into icy waters is more than worth it.

“Yes, there’s snow on the ground. And a glacier-fed river is going to be cold any time of the year,” said Nagata. “But you feel amazing after jumping in. So I’m hopeful other folks will take up the #KMchallenge, if only to show their friends how tough they are.”