A 12-storey mixed-use mid-rise building is slated to be Commercial Drive’s largest development project in decades.

The Kettle Society, a social housing operator and mental and social services provider, has partnered with East Vancouver developer Boffo Properties to redevelop a triangular-shaped city block framed by the Commercial Diversion to the east, Commercial Drive to the west, Venables Street to the south, and Adanac Street to the north.

The northern half of the development site is currently vacant with ground-level parking while the southern half is occupied by single and two-storey commercial buildings, including a facility operated by The Kettle Society.

Plans for the project consist of constructing 30 units of supportive housing and about 200 units of market housing, with retail space and a new and expanded drop-in centre for the Society on the ground level.

The scale of the project will is facing fierce opposition from some local residents, who are opposed to gentrification of the Commercial Drive corridor. The ‘No Tower coalition’ is actively advocating against the project and the group claims it has accumulated over 3,500 signatures in their petition.

But the construction of market housing supports the Society’s cost to construct and operate its new supportive housing units and new drop-in centre.

The developer notes that the proposed project will have a similar height to the 1979-completed, 13-storey Adanac Towers located across the street from the development site.

About three years ago, local residents became hostile to the City of Vancouver’s initial vision for the Grandview-Woodland Community Plan. It would have allowed towers up to 36 storeys for the Safeway site immediately adjacent to SkyTrain’s Commercial-Broadway Station and 22 to 28 storeys for other areas in the vicinity. These plans were abandoned, and the process to create a community plan for the area was restarted.

The City is expected to release its draft of the community plan in April. 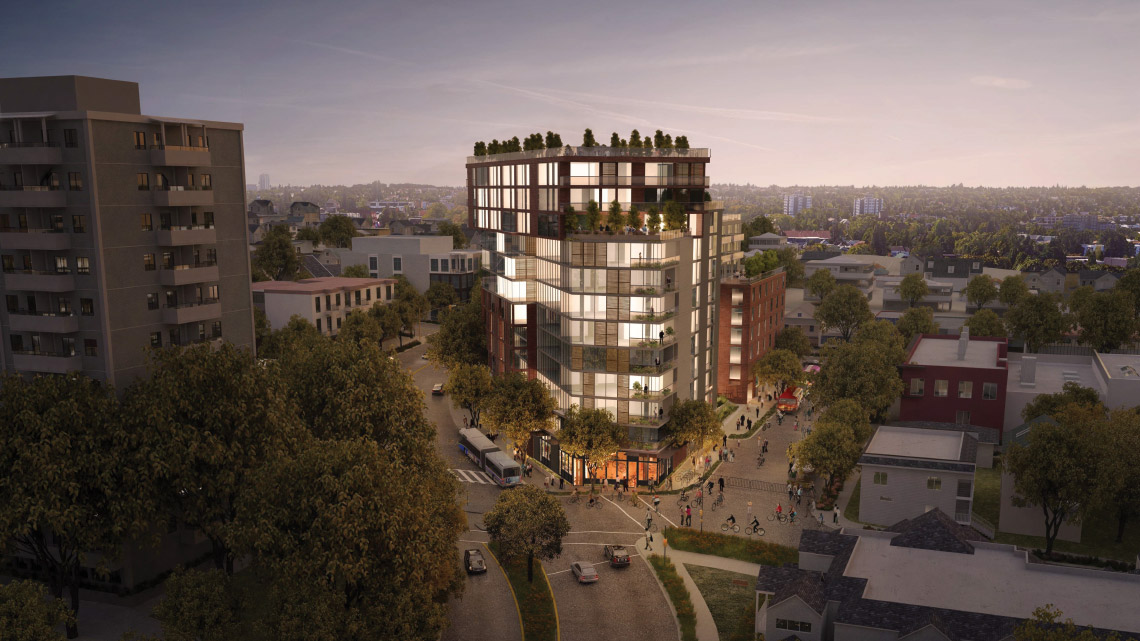 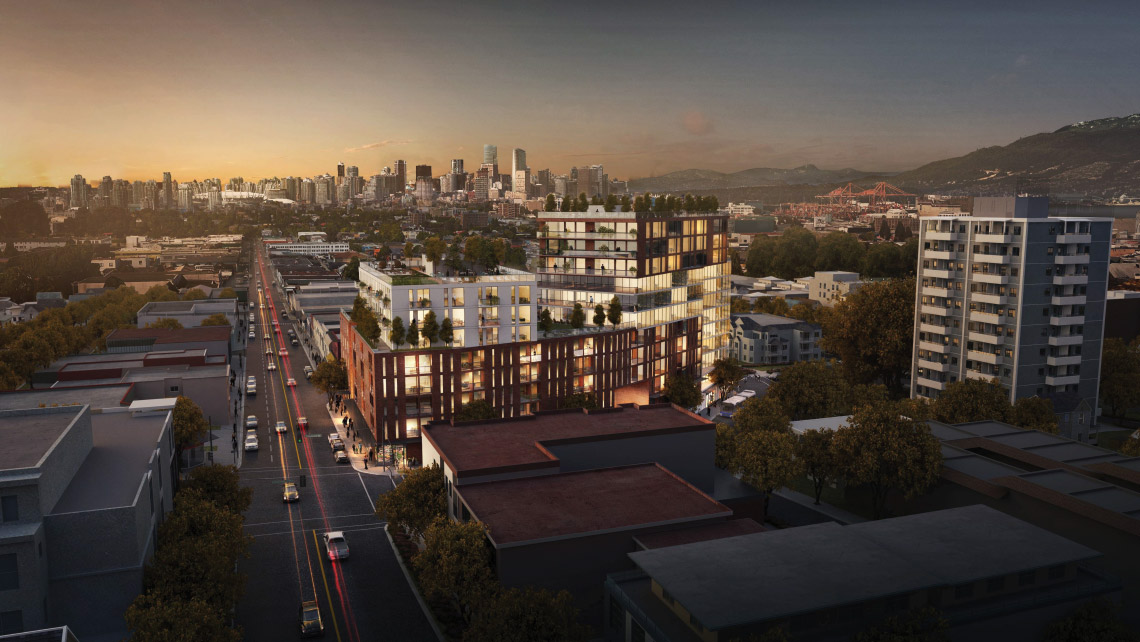 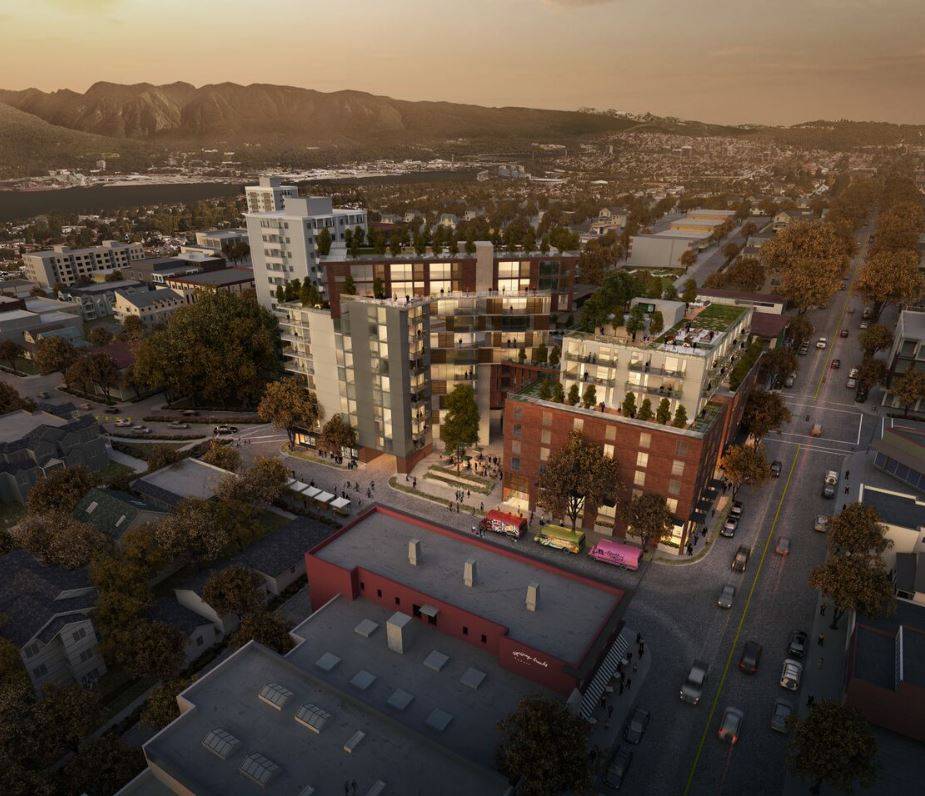