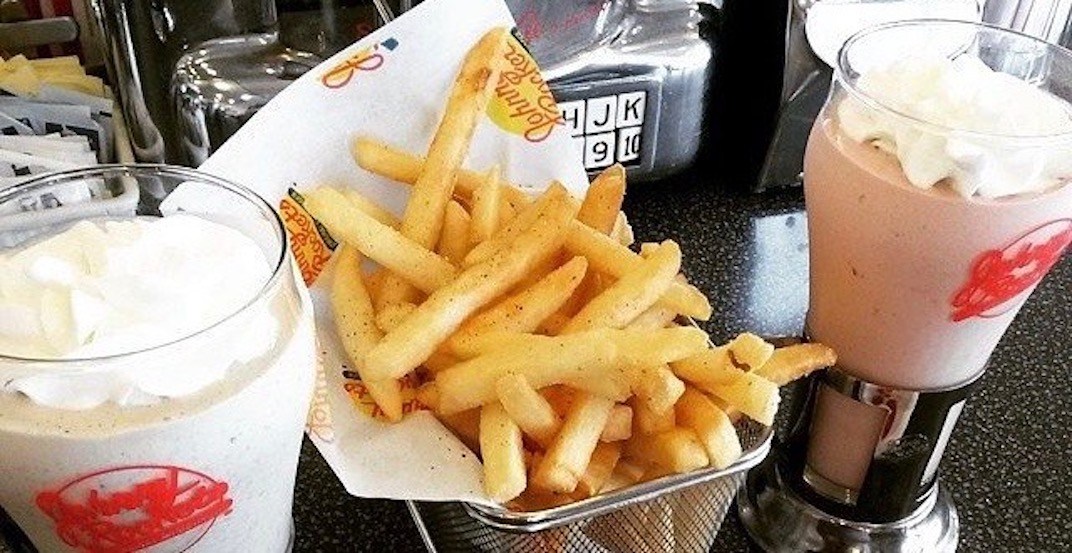 Editor’s note: On September 18 at 12:30 pm Johnny Rockets notified Daily Hive that they had changed their opening weekend promotions. The cancelled promotions have been removed from our list and the remaining ones have been updated.

American diner chain Johnny Rockets is officially opening a new Vancouver location, and they’ve got some awesome deals to coincide with its opening weekend.

The eatery, known for its retro burgers and shakes, will be opening its second Vancouver outpost and fourth in BC, adding to the existing Nelson and Howe location and two Victoria spots.

The new Johnny Rockets will be opening at 2538 Oak Street (in Bosa Developments’ latest project at 988 West Broadway), just steps away from Vancouver General Hospital.

Patrons can expect a 2,600-sq-ft space with 50 seats that boasts the same “Diner 2.0” design as the Nelson street eatery, along with those signature made-to-order burgers, thick shakes, and crispy fries.

The opening festivities will be going down on Friday, September 28 and Saturday, September 29, and the lineup includes everything from 99-cent shakes, free sides, and other cheap deals.

Here’s the full lineup of what to expect from Vancouver’s second Johnny Rockets’ opening days.