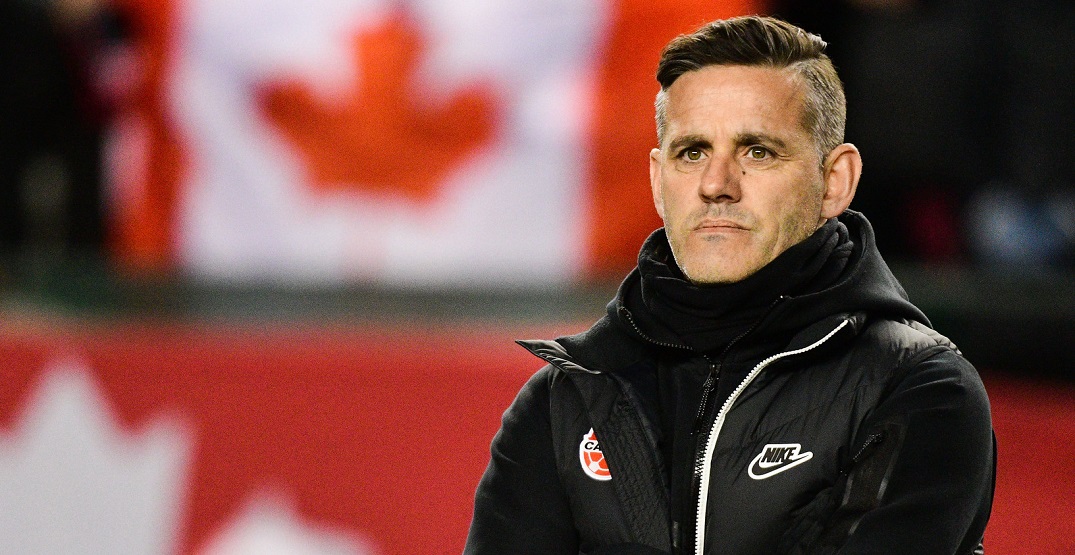 Canadian men’s national soccer coach John Herdman has earned plenty of praise for his growth of the program.

In the four years since being named head coach, Canada has gone from an afterthought on the world stage to be on the verge of qualifying for the 2022 FIFA World Cup.

In his post-match press conference following Canada’s 2-0 victory over the United States on Sunday, Herdman touched on plenty of reasons behind Canada’s win: tactical changes, big saves, and the grit and intensity that his players played with.

But with his final answer, Herdman reminded reporters of a lesser-discussed reason behind the team’s success on their path to the World Cup: immigration.

The English-born Herdman first moved to Canada in 2011 to take over the women’s national team, before being given the reins to the men’s team in 2018.

Of course, the statement wasn’t really about him, but rather the makeup of the roster that Canada’s produced. In total, Canada has named eight foreign-born players in their squad in the final stage of World Cup qualifying.

In many cases, players have tough decisions to grapple with if they’ve got multiple countries to chose from. But more and more often, these players are picking to represent Canada.

The full list of foreign-born players, with their hometowns and birth countries is listed below:

“This is what we’re starting to provoke across the world when these dual-passport players are looking at where they pledge their international futures,” Herdman added. “All of this is important to our success.”

Important might be the biggest understatement Herdman could say. Without the contributions of those players, it’s hard to imagine Canada topping the CONCACAF qualifying standings ten games deep. Adekugbe scored Canada’s second goal on Sunday, while Borjan made a series of game-saving stops.

David didn’t score on Sunday, but he’s hit the back of the net four other times in the final qualifying round and remains the joint-top scorer in France’s Ligue 1.

And then of course there’s the 21-year-old Davies, who won Canada’s Player of the Year award in three of the last four years and was named in the 2020 FIFA World XI.

“We’ve got stars now,” Herdman said, “We’ve got young star players that are going to be around for a long generation.”

Borjan, who came to Canada at age 13, said that the Canadian team makeup is “something special”.

“We’re one country, Borjan said. “Canada is a multicultural country. We fight for what’s given to us. Canada gave us peace, better schools, a better life… better everything. This is the just the way of us to return it to Canada.”

And Herdman recognized that his team is a reflection of the country he’s come to call home, with fans, like the players, finding a new rooting interest in Canada.

“We’ve got a high immigrant population, many of those people have come from football countries and the [Canadian] national team have been beaten up for so long,” Herdman said. “I think there’s a lot of people now that can rally around the sport they love and pull on a red jersey on at the same time and be proud.”

Canada currently sits 40th in the FIFA World rankings, and is set to rise once rankings are released following the conclusion of this international window. But for Herdman, the path for higher ambitions will only be aided by strong recruitment of players deciding between Canada and another national team.

“This country could really start setting itself up as a Top 20 Top 30 nation, given our population and once this passion catches fire,” Herdman added. “I think we will make sure the best athletes come to our sport and make sure that those with dual passports wear the maple leaf.”