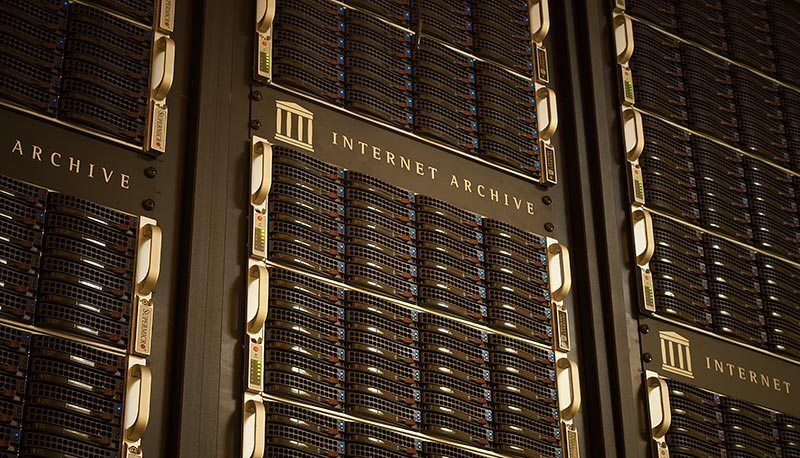 While many of our neighbours south of the border said they would move to Canada if Donald Trump wins the U.S. election in November (we’re looking at you Snoop Dogg), one American company is already on its way.

And with it comes a digital library and archives of websites from the deep web.

Archive.org posted a blog on its webpage this week announcing that they are building “the Internet Archive of Canada.” The project, which will cost millions, is in response to the election that left many shocked globally.

“On November 9th in America, we woke up to a new administration promising radical change. It was a firm reminder that institutions like ours, built for the long-term, need to design for change,” stated the Archive.org post.  “For us, it means keeping our cultural materials safe, private and perpetually accessible. It means preparing for a Web that may face greater restrictions. It means serving patrons in a world in which government surveillance is not going away; indeed it looks like it will increase.”

Dear Readers: make sure you have access to millions of books-forever, for free. Tmr on #GivingTuesday please donate https://t.co/rtxuDav228 pic.twitter.com/UZkaRX3FLH

A Trump win spread fears of a more monitored internet, due to his remarks during a debate last year. At the time, Trump said he would be open to closing parts of the internet.

“I would certainly be open to closing areas where we are at war with somebody,” Trump said during the 2015 debate, referring to ISIS. “I sure as hell don’t want to let people that want to kill us and kill our nation use our Internet.”

As part of the digital migration, Archive.org states that they are fighting to protect their readers’ privacy in the digital world.

The Internet Archive is a non-profit library based in San Fransisco with a mission to “give everyone access to all knowledge, forever. For free.” It offers access to millions of free books, movies, and audio files, plus an archive of over 450 billion web pages.

According to the blog, it is run by 150 staff, and saves 300 million web pages each week “so no one will ever be able to change the past just because there is no digital record of it. The Web needs a memory, the ability to look back.”