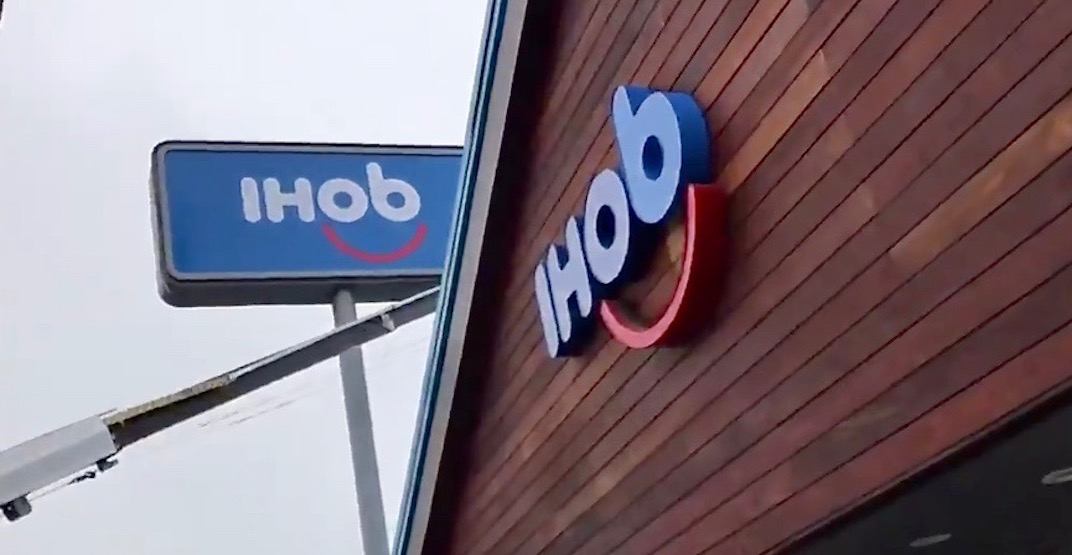 Seven days after IHOP’s cryptic announcement on June 4 that they were changing their name, and thousands of people trying to figure out what the ‘b’ would stand for, we now finally know what’s good.

B stands for burgers, something that many people guessed would be the meaning of the temporary name change.

This letter swap is a promotion to show off the 60-year-old chain’s new line of burgers and to emphasize the lunch and dinner options available at the iconic breakfast spot.

Many folks guessed the b would stand for brunch or bacon, so it’s safe to say there may be some disappointed people. Patrons can expect a new line of burgers like the Big Brunch burger shown in this video posted on Twitter.

Some locations in the States actually went as far as changing their signs, but we anticipate they’ll be back to normal when this promotion runs its course.