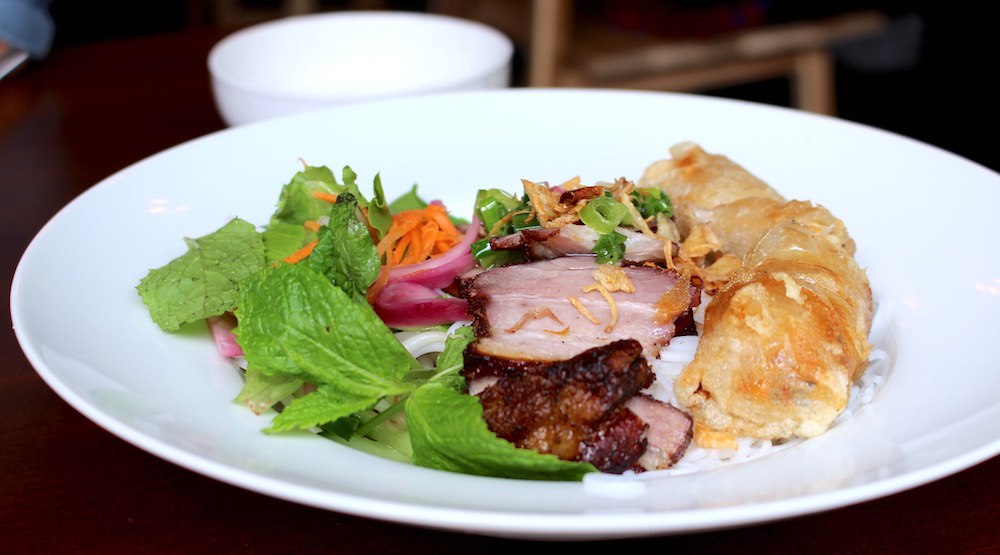 For siblings Patrick and Victoria Do, running their modern Vietnamese restaurant is a family affair.

Opened in the spring of 2016, House Special is one branch of a foodie family tree with roots back a couple of generations. The casual but chic Yaletown restaurant reflects not only a recent uptick in next-gen Vietnamese fare in Vancouver, but also is next-gen for the Do siblings, who practically grew up in restaurant kitchens. Their family runs Broken Rice in Burnaby; their grandparents a sandwich shop in Texas. 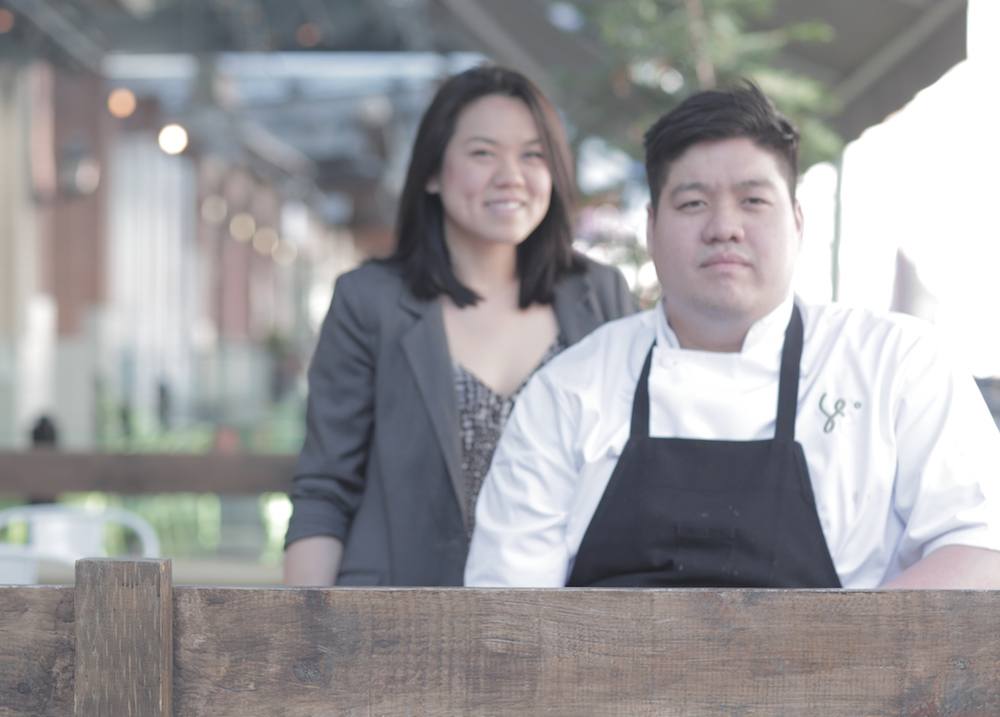 Patrick and Victoria admit that House Special wasn’t what they initially sought out to do; Patrick says the siblings wanted to open “a little sandwich shop,” but when they took a look at the Hamilton Street space (vacated most recently by the short-lived Malt & Marrow), they couldn’t pass up the opportunity to do more than just sandwiches.

Instead, the Dos came up with House Special, which bridges their Vietnamese heritage with contemporary Vancouver dining. The result is fresh, vibrant, and sometimes very progressive food with the undeniable culinary imprint of Vietnam made in a very Vancouver way.

The pitfall of opening a Vietnamese restaurant, mind you, is that diners come to the table with some expectations ingrained, and those expectations, to be frank, aren’t necessarily fair.

“A lot of times people have a misconception about what Vietnamese food should be,” explains Patrick. Namely inexpensive sort of strip-mall style eats, with a core menu of now-familiar staples, like banh mi (sandwiches) and pho (noodle soup). This way of doing Vietnamese food stems from the influx of immigrants 30 to 40 years ago who set up their restaurants in Canada and established a precedent for what was served, what it cost, and how it was eaten. And they really could do it on the cheap.

Things are different for the Dos. “We’re using hormone free, free-range chicken, grass-fed beef,” Victoria elaborates. “We don’t want to be competing in that price range.”

Victoria adds that she’s noticed Vietnamese Canadians often “sell themselves short, especially with food.” The result is a one-dimensional understanding of the food and culture. Instead, she offers, House Special is meant to showcase “a new concept for Vietnamese food.” 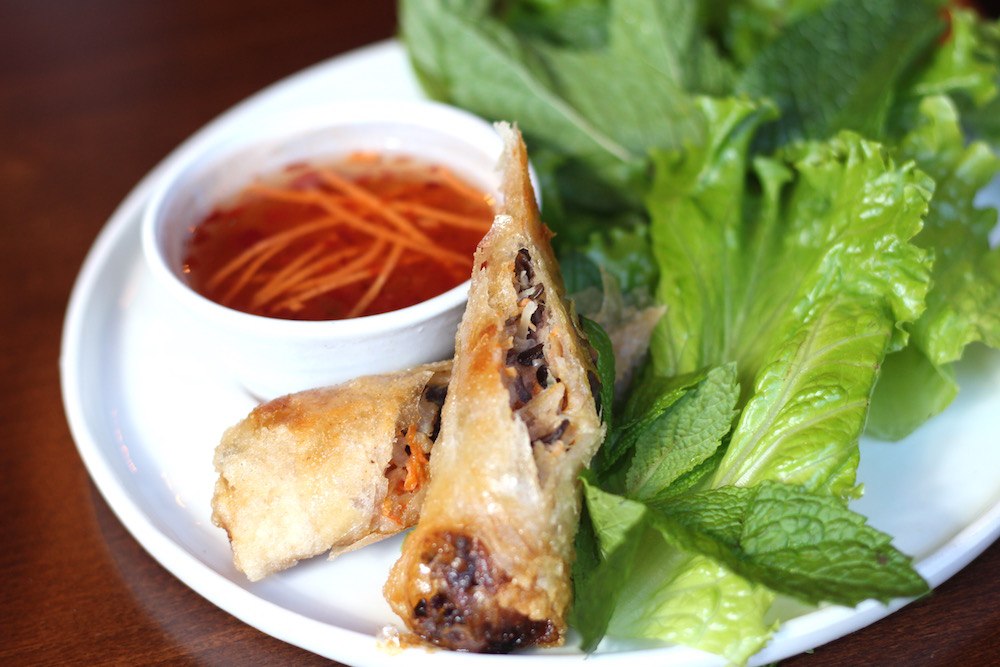 Drawing from their memories of trips to Vietnam (the Do siblings were born and raised in Vancouver), the food at House Special is most closely tied to Saigon street food. “We wanted to do something akin to how people eat in Vietnam today,” attests Patrick.

“My fondest memory of the food [in Saigon] is the street food,” adds Patrick, describing a more itinerant way of eating, making stops at stalls and storefronts, settling down with multiple items and a beer and experience a multitude of flavours in one meal.

The aspect of sharing, of having bits and tastes of various dishes, is how House Special’s dinner menu is structured. While, certainly, you can hog your dishes to yourself, it is designed for sharing, for being eaten more family-style. Who wants just one thing, right?

However, for lunchtime, given the location, the menu is designed to be easily enjoyed quickly and perhaps solo–or at least not in the more leisurely dinnertime manner. 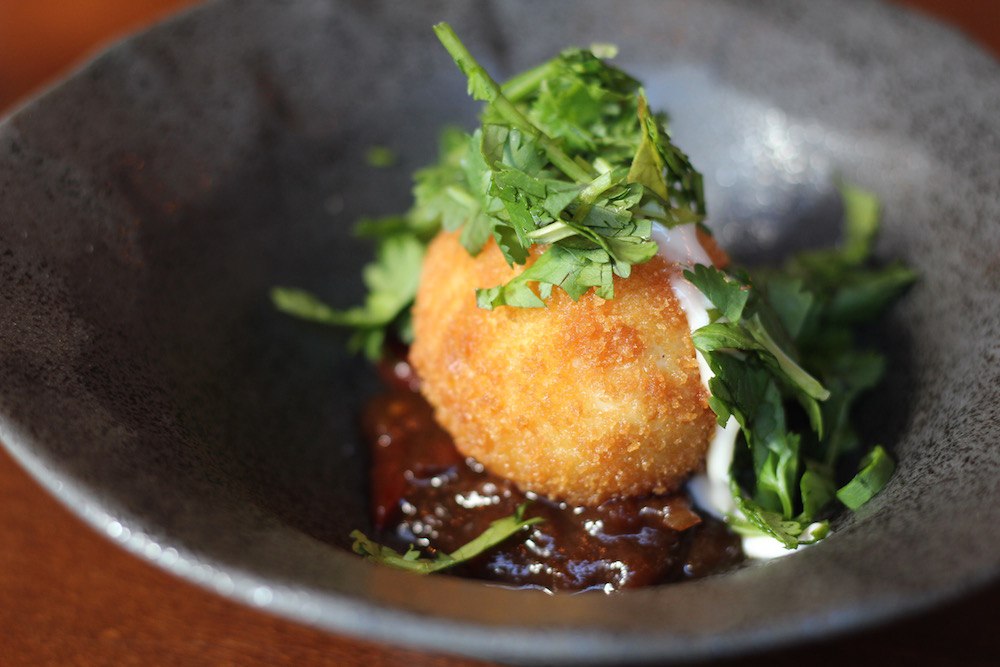 And the food! You’ll of course find dishes like salad rolls and spring rolls, but you’ll also see things not typically found on Vietnamese restaurant menus, like the playful Son In Law Egg, which is a soft-boiled egg that’s been coated in panko and fried, paired with a sour-sweet tamarind and dried chilli jam. Or you can have a taste of the family’s recipe for chicken wings, “originating from the remote village of Houston, Texas.” (Wink, wink.)

Rather than the traditional crusty French bread and luncheon meats of banh mi, House Special’s got hand-made Banh Tieu–fry bread–with an assortment of savoury fillings like Lemongrass Chicken, or the soulful Confit Duck. How did they dream it up? Turns out Patrick always wanted to stuff his grandmother’s fry bread with meat, and thought it would be a great menu item for the restaurant. He was right. 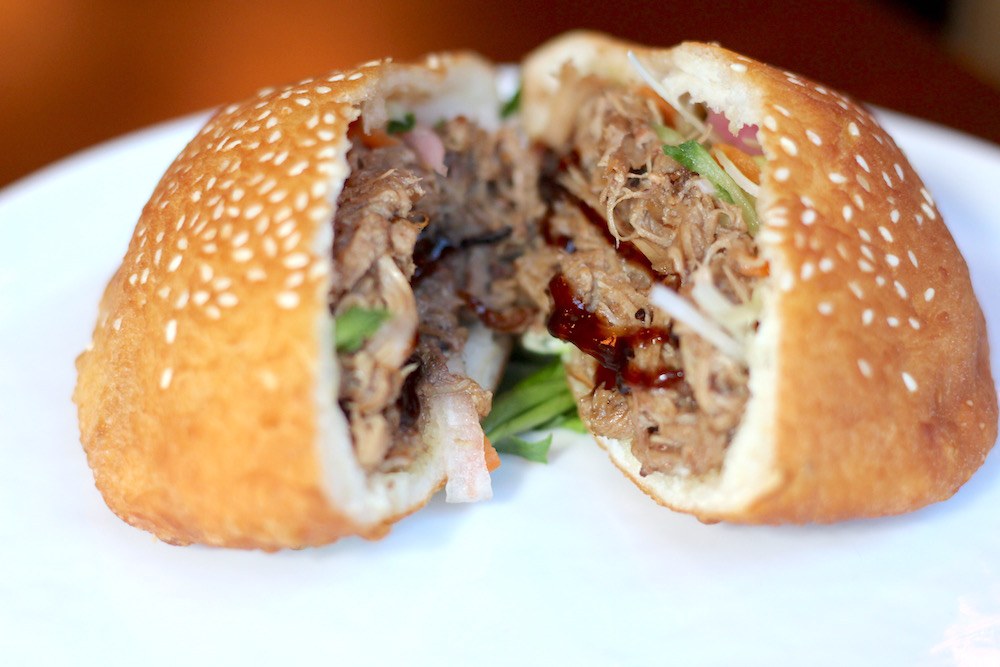 Noodle bowls include a House Special pho (with the meaty works: brisket, rare beef, beef balls, tripe, tendon) or a vegan option, which Victoria says sometimes sells at pace with the non-vegan versions. Or, as Patrick points out, customers like the order the vegan broth with the meat inside–or the beef broth with just the veggies.

But while the lunch menu has multiple pho options, dinner is where House Special put the focus on more share-able dishes, like their Fried Quail, Beef Short Rib, Monk’s Curry, or Shaken Beef. (Yes, you can still order from a couple of pho options at dinner, if you don’t feel like sharing.)

To pair with the eats, the Dos sought out bartenders who enjoy working with Southeast Asian flavours, and came up with a set of cocktails that complement the food. Similarly, the beer list reflects what the Dos like to drink, as well as spotlights the best of BC, rather than go for the more expected roster of bottled Asian imports. 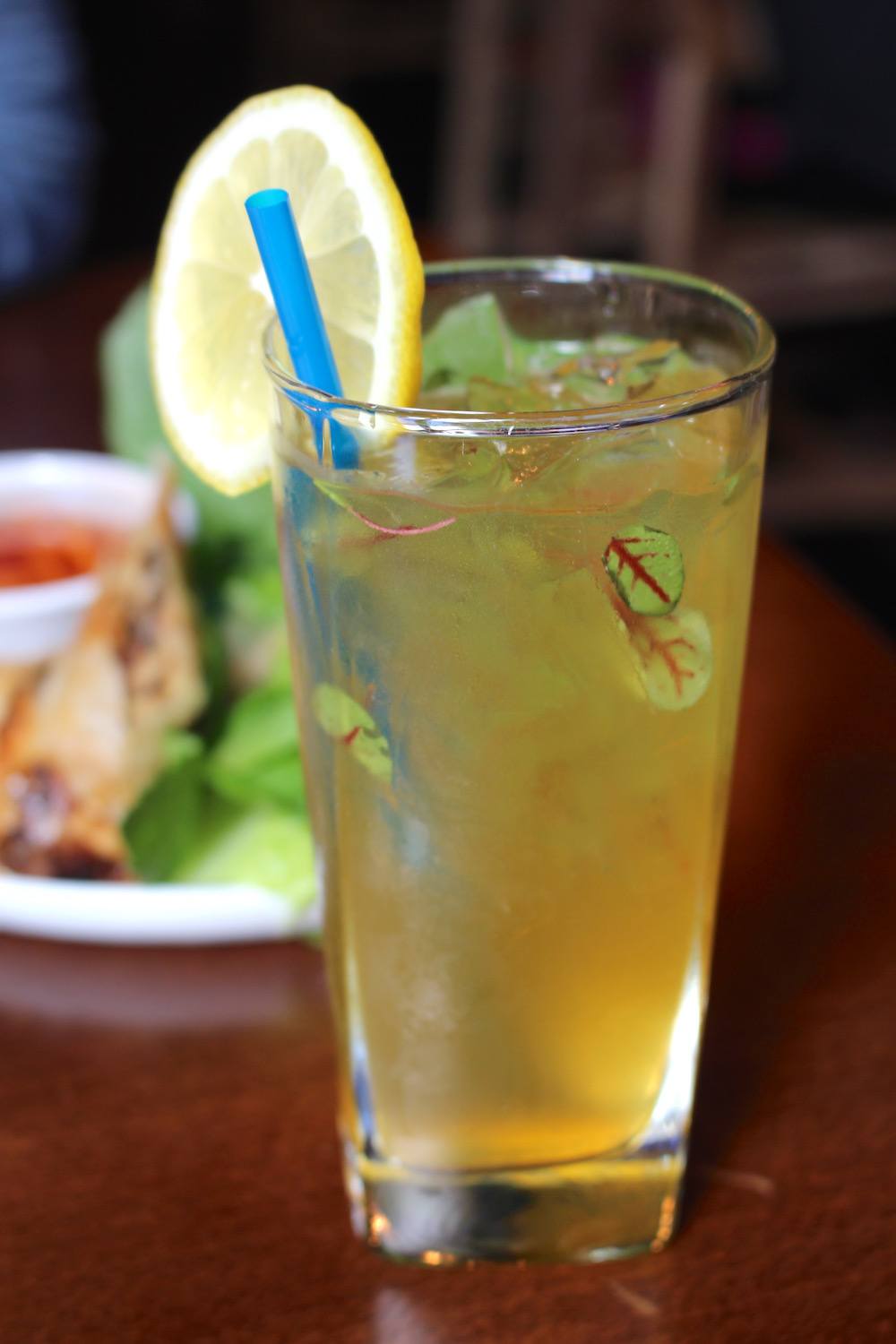 Despite all their forward-thinking, Victoria and Patrick are still part of their family tree; their mom is in the kitchen, after all, perfecting recipes.

“Vietnamese cuisine [in Vancouver] is sort of seeing a renaissance, even just this summer. I think it’s cool to be a part of that,” offers Patrick.

Really, what could be more Vancouver than high-quality local ingredients and an emphasis on cultural heritage, expressed in a comfortable, modern atmosphere through beautiful and delicious food? It’s a modern Vancouver food story.

“At the end of the day, all we’re trying to do is put out really great food that excites us, and hopefully people are drawn to that, too,” says Victoria. 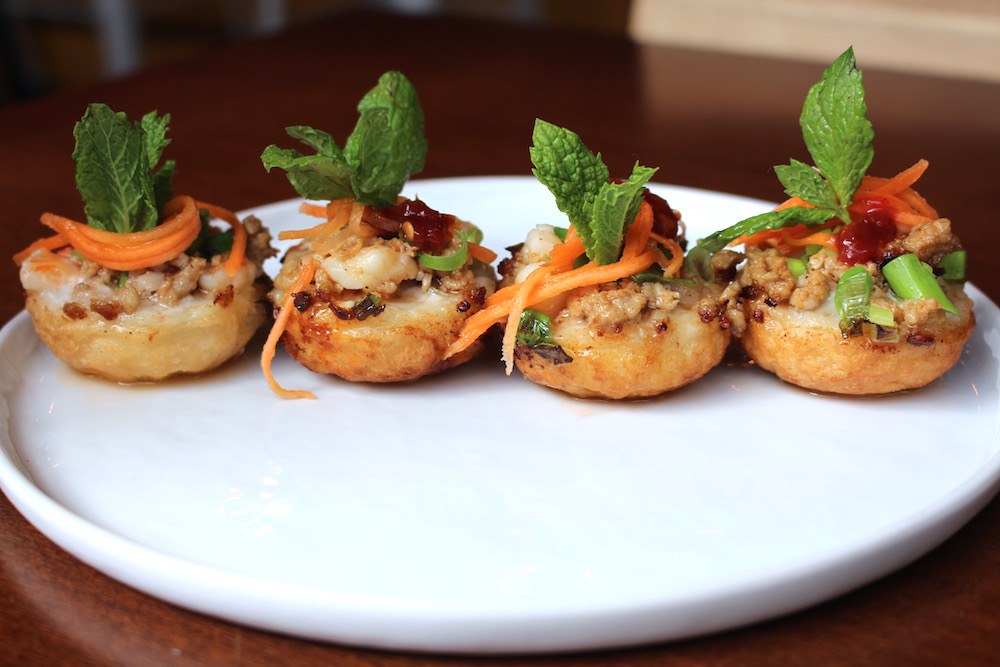 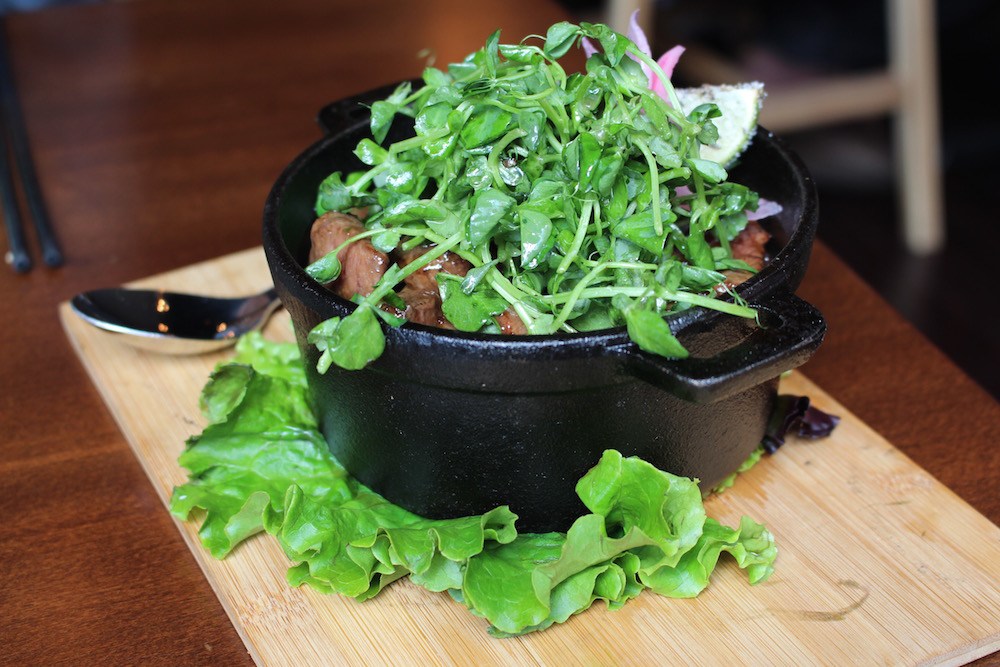