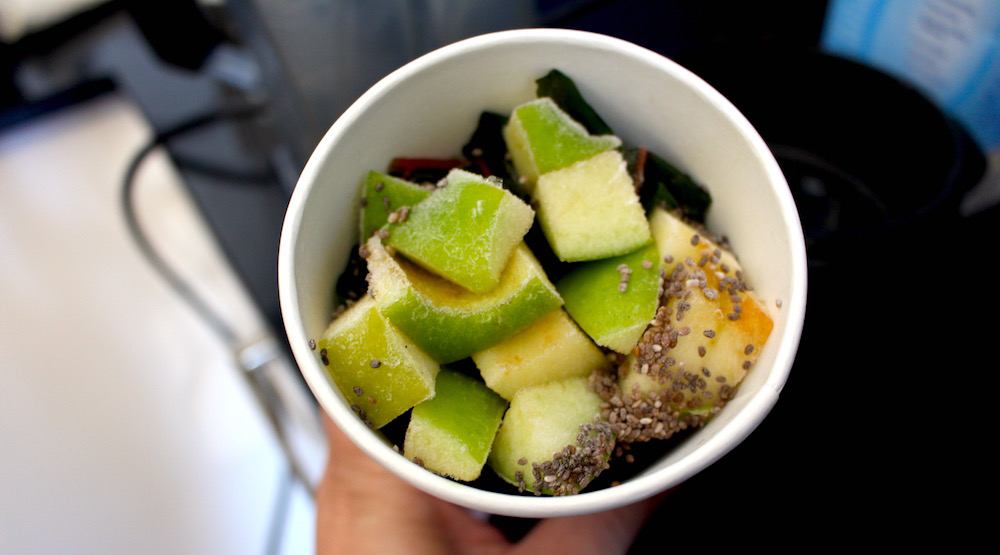 Last year, a pair of enterprising athletes, UBC grads, and smoothie lovers got their first business off the ground. Michael Steele and Tonner Jackson got Smoothie Veggies up and running with a goal to grow and delivery bundles of healthy veggies ready to kickstart Vancouverites’ smoothie habits.

After a few terrific months, it seemed the business was poised for a bit of an evolution, and The Good Stuff was born. Rather than just get everyone packets of veggies, Jackson and Steele wanted to get everyone just about everything they needed to get blending, cup included. 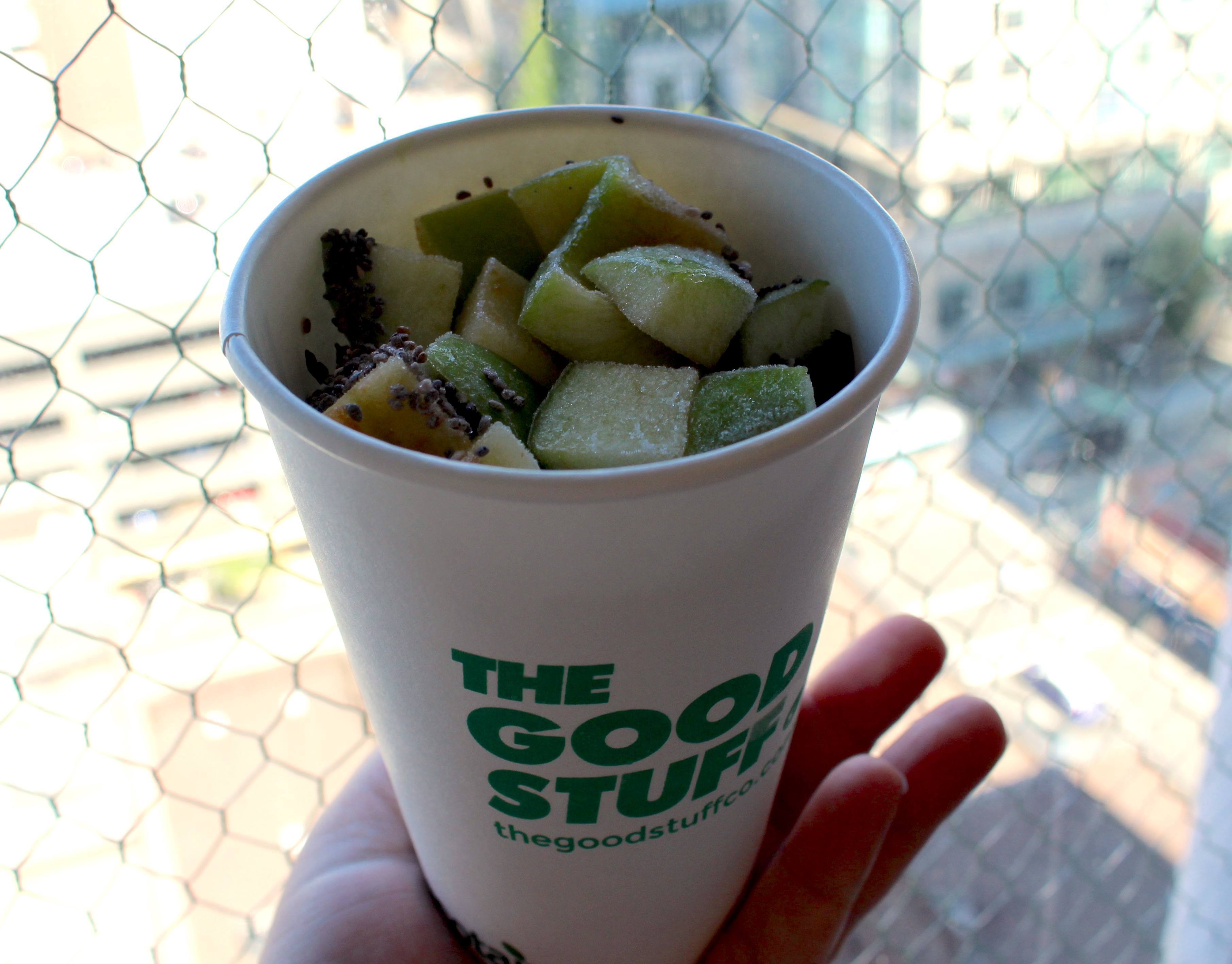 Smoothie Veggies customers were giving Jackson and Steele lots of helpful feedback, and the guys listened closely, and realized what people loved was having “everything in a pack,” explains Jackson.

“We were looking to roll out something more robust,” he tells Daily Hive during a sit-down interview. “Everything but the liquid!”

As it turns out, those clamouring the most for rip-and-blend smoothie kits may not be the gym junkies one might imagine. Jackson admits that the emerging demo in their consumer base has been parents who are both enjoying The Good Stuff smoothies as part of their busy lifestyles, and giving the smoothies to their kids–who maybe aren’t so keen on eating all their veggies.

For Jackson and Steele, the “eat your veggies” dilemma hits close to home; their business was founded based on their own struggles to get enough essential fruits and veggies in their diets, and to fuel their bodies for their workouts and team sports. 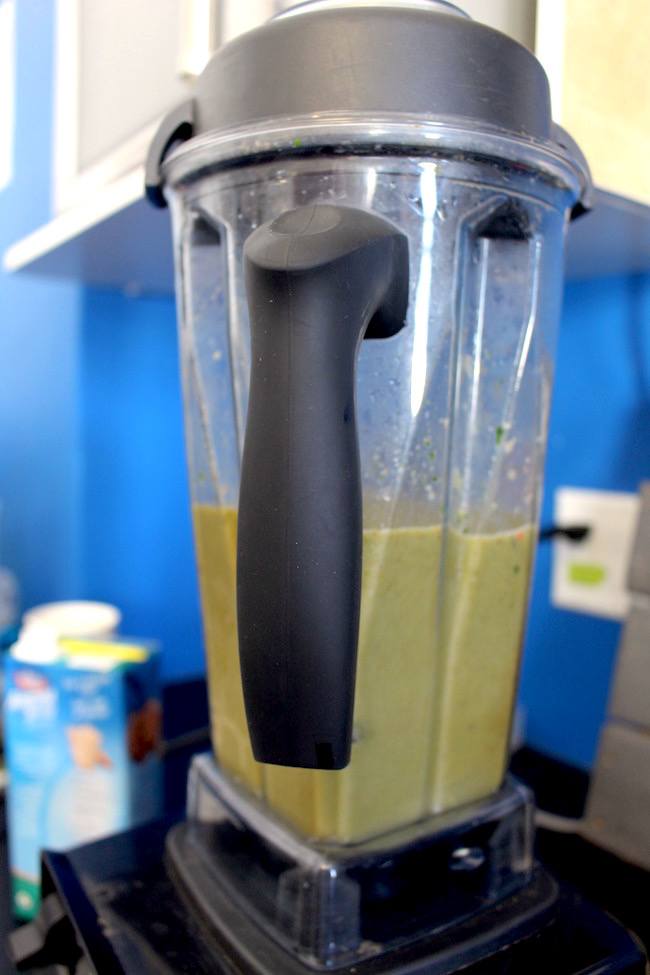 Still, The Good Stuff isn’t all about feeding athletes. Jackson adds that they also count among their clientele locals who are simply ready to make a change in how they eat. Having smoothie ingredients pre-cut, assembled from great recipes, and ready to blend make it easier for people who “haven’t prioritized nutrition” lately to have a convenient healthy food on hand.

The Good Stuff smoothies come in six core flavours, each designed with a specific goal in mind. For example, the Madagascar is designed to be a stress buster, and is made with banana, carrot, strawberry, mango, spinach, goji berry, chia seeds, and coconut oil. Each recipe comes with a suggested liquid for blending, like coconut water, kefir, apple juice, almond milk, or milk.

Available by subscription or in bundles, and for pick-up or delivery, customers can order as many smoothie kits as needed, as long as they can make room in their freezer to store the 16-ounce cups. And, yes–the cups are biodegradable, so nothing goes to waste.

Launched this summer, The Good Stuff is still growing, and Jackson and Steele are looking forward to being able to be able to work full time for their own company. They still have time to “rip-and-blend” their daily smoothies though, and also have been doing “Smoothie Happy Hour” pop-ups at local businesses to get companies a taste of what they are doing. Maybe they can replace a few pink bakery boxes with The Good Stuff.