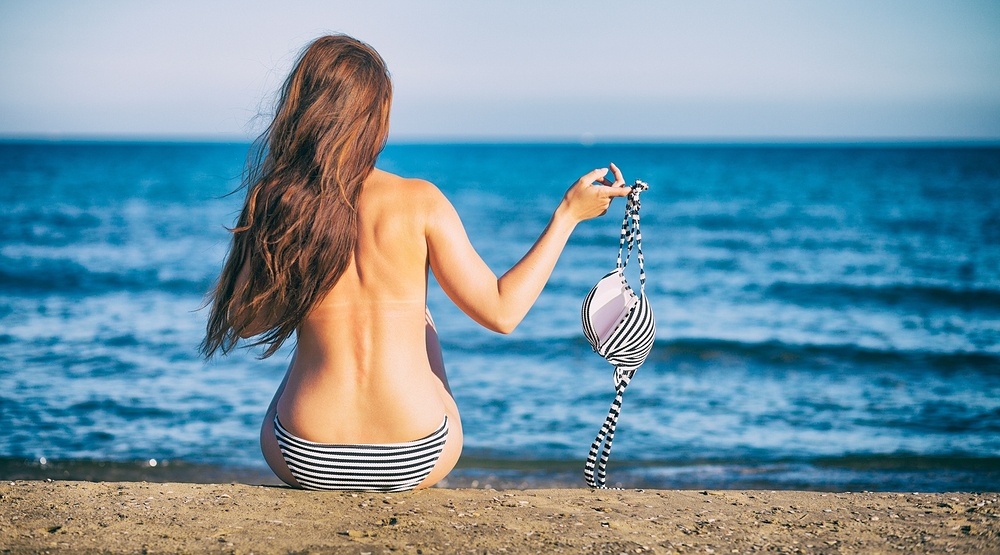 Dozens of women will be marching through Vancouver topless this Sunday to uphold their right to #freethenipple, and celebrate the 8th International Go Topless Day.

The Go Topless Day Vancouver Parade will start at Safeway at Robson and Bidwell at 1 pm and end at the Vancouver Art Gallery at the corner of Robson and Hornby around 2:30 pm.

Although it is legal in Vancouver for women to go topless as well as men, organizers say many people do not even know about – or respect – that right.

“No woman should be humiliated or harassed because she takes a quiet sunbathe topless, while men are allowed,” write organizers on the Facebook event.

“The more women… exercise their right freely, the less others will react around them.”

Men are also invited to take part, but to make a point about the different way female toplessness is treated, men are asked to cover their nipples with an X or a bikini top/bra.

“If women are not respected and [are] asked to… cover their breasts because it is indecent then men should cover themselves too!” say organizers.

To women thinking of coming along, but feeling shy about doing so, organizers emphasize the group will all be in it together – and if you want to come clothed, then that’s okay too.

“Let’s unite together to express this freedom and assert this right.”

Where: Starts at Safeway at Robson and Bidwell, ends at the Vancouver Art Gallery, at the corner of Robson and Hornby