Only 5.1% of housing transactions across Metro Vancouver in June involved foreign buyers, according to new data released by the province on Thursday.

The data, which covers a 19 day period between June 10 and June 29, was gathered from Property Transfer Tax forms, which were recently modified to require foreign nationals to lis their country of residence. 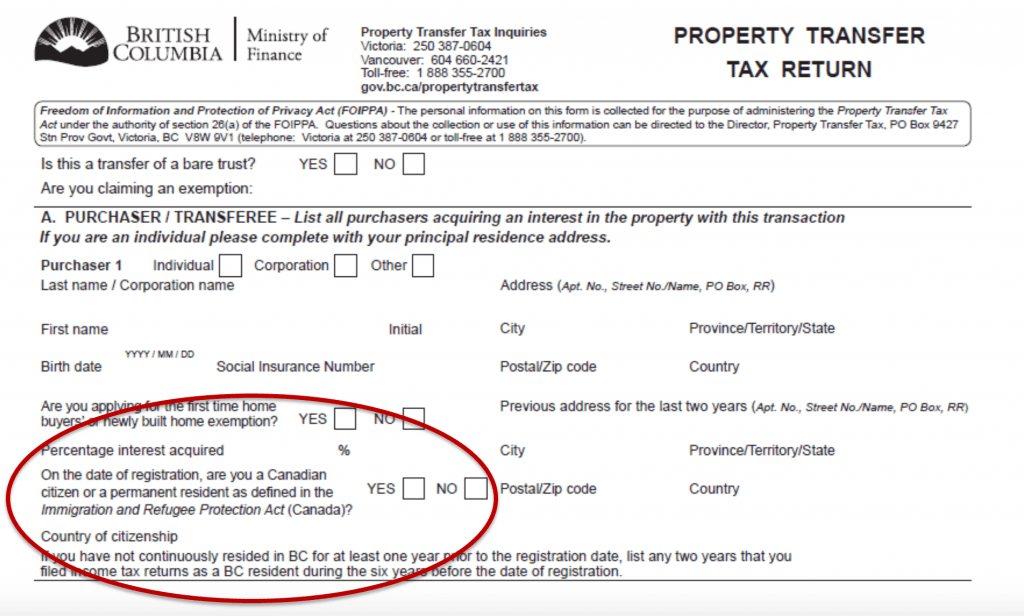 Out of the 5,118 transactions in Metro Vancouver just 260 involved foreign buyers including 234 from China, or 4.57% of all Metro Vancouver transactions. Other countries such as Korea, Taiwan, India, Romania, Japan and the United Kingdom account for the other 26 purchases.

The total value for Metro Vancouver transactions by foreign residents was $350,940,465, or 6.5% of the total value of all of the transaction within the 19 day period. In contrast $5,042,992,716 was attributed to Canadian Citizens and Permanent Residents. 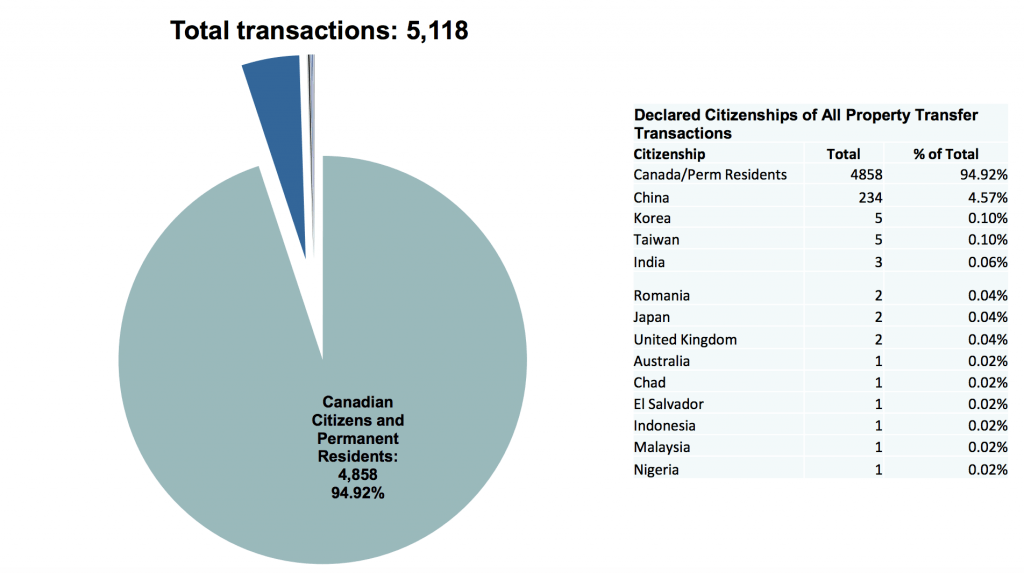 By comparison the number of transactions by foreign nationals was as high as 14% in Richmond and 11% in Burnaby, whilst the City of Vancouver was slightly lower at 4%  and the total figure for BC came in at 3.1%

Interestingly across the province the average investment by a Canadian citizen or Permanent Resident stood at $735,000 during the 19 day period whilst that of a foreign national was significantly higher at $1.157 million.