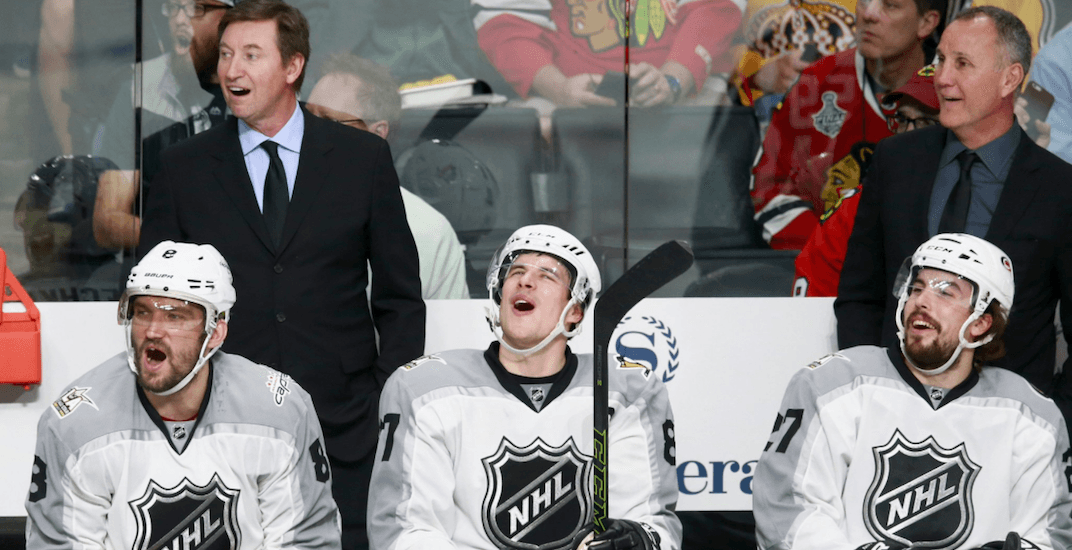 The Toronto Maple Leafs are once again the most valuable NHL franchise in Canada.

After a one-year drop below the Montreal Canadiens, the Leafs have bounced-back in Forbes’ annual ranking of the NHL’s most valuable teams.

The New York Rangers are once again the most valuable team in the NHL, worth $1.5 billion.

The third-most valuable team from Canada are the Vancouver Canucks, who moved down one spot (from seventh to eighth) among all 31 teams, but increased in value to $730 million (up from $700 million).

The Calgary Flames, who are currently in an arena squabble with local government, are the fifth-most valuable franchise in Canada (19th overall) at $430 million – well below provincial rival Edmonton Oilers ($520 million).

The Flames were deemed less valuable than the expansion Vegas Golden Knights, who ranked 14th out of 31 teams – higher than three teams from Canada (Calgary, Ottawa, Winnipeg). Vegas’ worth was listed at $500 million, which matches the expansion fee they paid to enter the league.

Despite currently having the best record on the ice among all Canadian teams this season, the Winnipeg Jets were deemed to be the least valuable in the country, coming in at $375 million (26th overall). That’s more than Winnipeg’s former team, the Arizona Coyotes, who were ranked last ($300 million) among all teams. 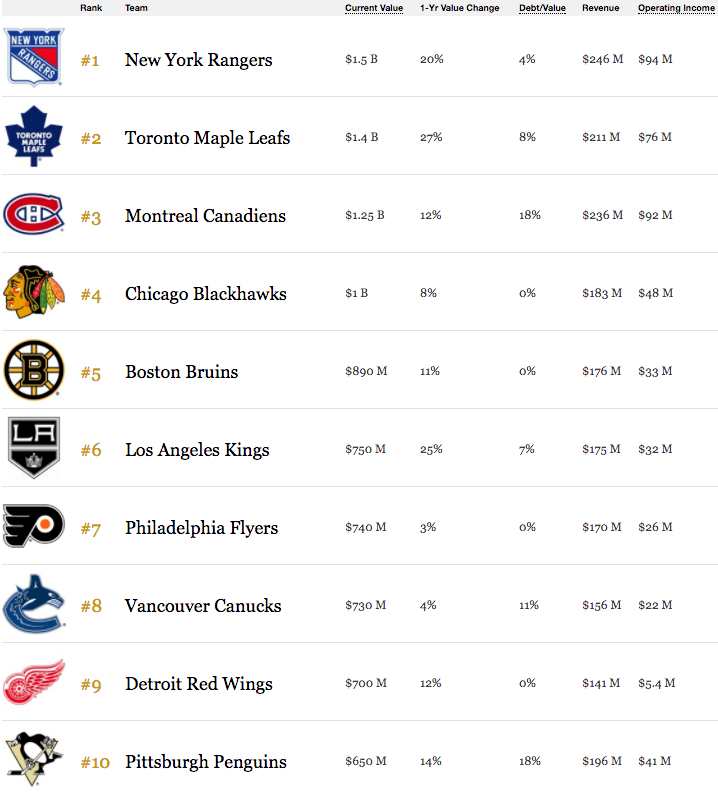 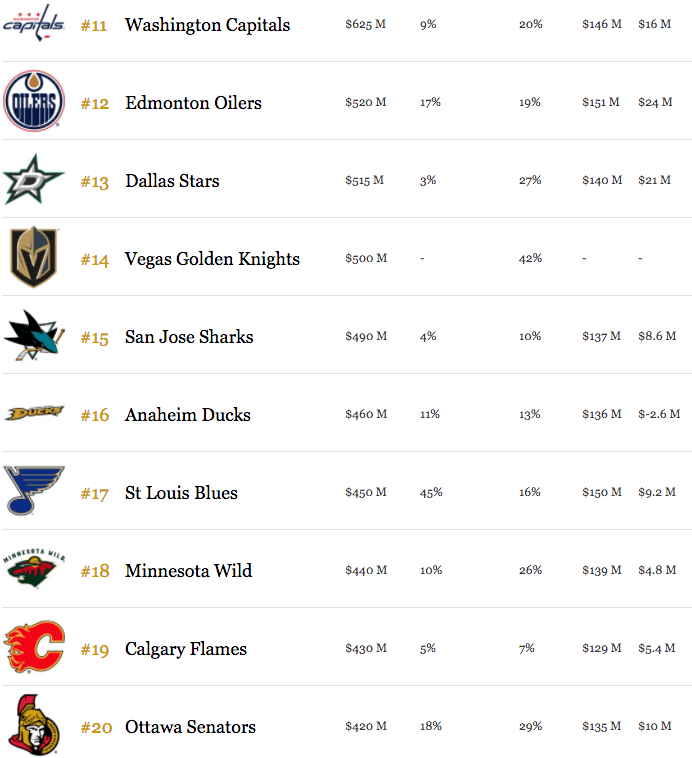 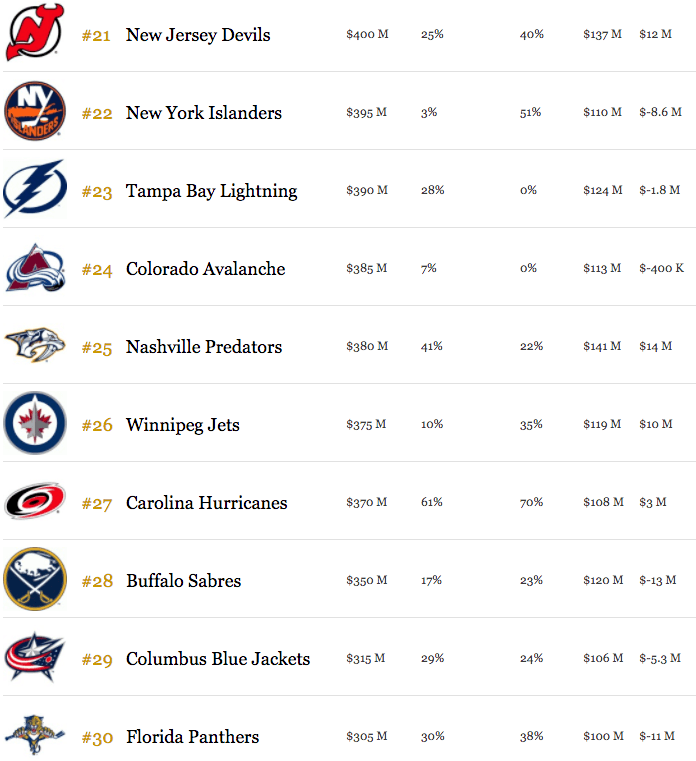