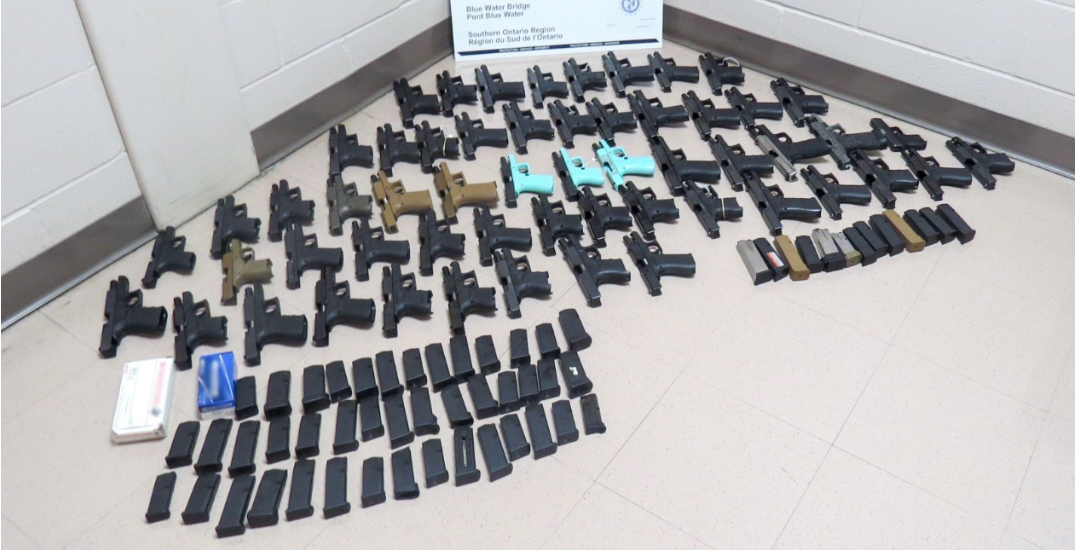 A Florida woman is facing a slew of charges after allegedly attempting to drive into Canada with 56 guns in the trunk of her car.

The Canada Border Services Agency said the 48-year-old woman was referred for secondary inspection at the Blue Water Bridge border crossing on November 1.

The items were located in boxes in the trunk of the woman’s car. The CBSA said some of the guns had had their serial numbers altered or removed.

Vivian Richards of Oakland Park is facing a total of nine charges under the Customs Act and the Criminal Code, including possession for the purpose of weapons trafficking.

“The smuggling of firearms is a threat to public safety and this seizure is an example of our steadfast commitment to preventing dangerous criminal activities and keeping Canadians safe,” said Public Safety Minister Marco E. L. Mendicino.

Richards’ next court date is November 24. The investigation is ongoing, the CBSA said.