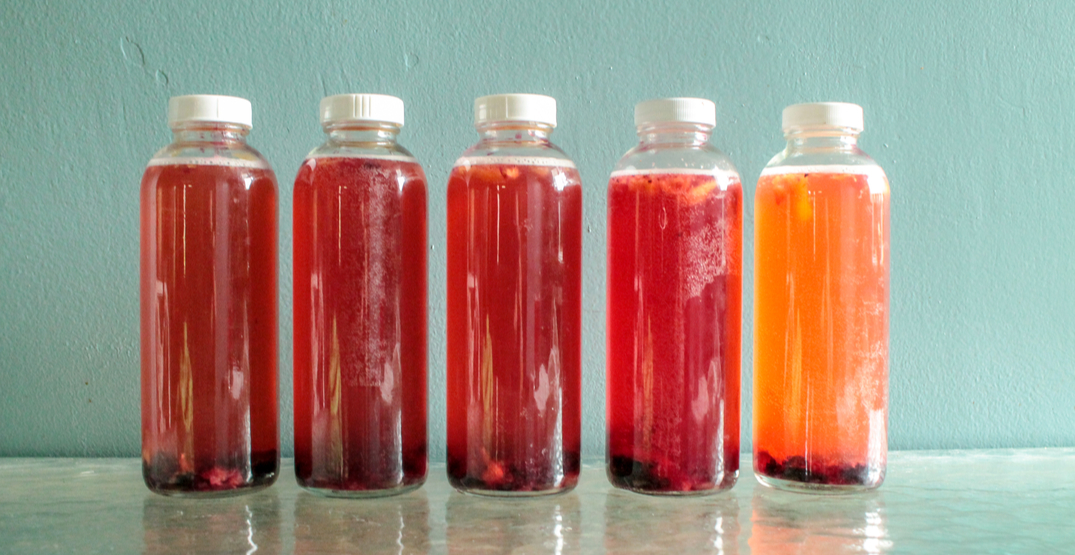 A bottle of the trendy fermented tea known as kombucha is not likely to get you tipsy, but its varyingly low levels of alcohol may put you at risk to be served with an Immediate Roadside Prohibition (IRP) if you are a driver caught behind the wheel having just drank the ‘booch.

“You can get a failed breathalyzer reading from drinking kombucha,” explains Acumen Law Corporation’s Kyla Lee, who was the first lawyer in British Columbia to successfully defend an appeal to the Supreme Court of Canada in an IRP case. However, she notes that the window for a failed breath test due to normal kombucha consumption is only about 15 minutes.

🔥Kyla Lee🔥 is one of Canada’s most influential lawyers. She explains the issues around Canada’s impaired driving laws.@IRPlawyer@VanCrimLawyer

Kombucha is made by fermenting sugar tea with a symbiotic culture of bacteria and yeast (SCOBY). It does contain alcohol since the yeast component of the brew consumes the sugar and ferments it into carbon dioxide and ethanol, which is mostly converted by the bacteria into acetic acid but also leaves behind some ethanol (alcohol). Generally, the amount of alcohol produced is not enough for kombucha to be categorized as liquor in BC.

The drink has mysterious origins traced back to parts of China, Russia, Korea, and Tibet, possibly as far back in time as 2,000 years ago. Its first appearance in western culture seems to be in World War I, when German prisoners of war who had been held in Russia brought home the elixir. It enjoyed some commercial success in Los Angeles during the 1990s, but its popularity erupted over the last decade.

The microbial drink is now readily available in grocery stores, restaurants, cafes, and fitness studios touted for its gut health benefits. Kombucha’s other alleged health benefits include weight loss, improved skin, and reduced hair loss, although these have yet to be substantiated by clinical studies.

In 2018, the global kombucha market was valued at USD 1.24 billion –a figure that is projected to double by 2025. With multinational food and beverage companies like PepsiCo and Hain Celestial in the market, along with a proliferation of craft kombucha breweries, this probiotic potion is widely marketed as a healthy alternative to sodas and alcoholic drinks.

This false reading, which would require the unfortunate timing of having consumed the kombucha to being asked to blow into a breathalyzer within approximately 15 minutes, has severe consequences.

“In British Columbia, the way the law works is if you blow into a roadside breathalyzer and you get a failed reading, then you’re going to face a 90-day [driving prohibition], a 30-day car impound, a $500 fine, a $250 license reinstatement fee, a mandatory alcohol counselling and education course… So, about $4,000 in consequences.”

Kyla advises that there are two available options for recourse in the case of a failed breathalyzer test, kombucha-related or otherwise:

First, you are entitled to ask for a second test. But if the second test is also conducted within 15  minutes of when you consumed the kombucha (the police are not obliged to wait), then the second test will probably fail too.

The other option is to dispute the roadside prohibition. A review hearing costs $200, but even more cumbersome is that the burden is on you to prove that you were sober and that the failed test was a result of the kombucha. This would require producing expert evidence to demonstrate that there is a sufficient amount of alcohol in kombucha to produce a false reading. Also, a decision would still take 21 days (where you are still prohibited from driving).

Given the trouble, it may be best to just not ‘booch and drive. Or, at least, wait 15 minutes after you ‘booch, before you get behind the wheel.

Have a listen to the full podcast about Canada’s surprising DUI laws with Kyla Lee: