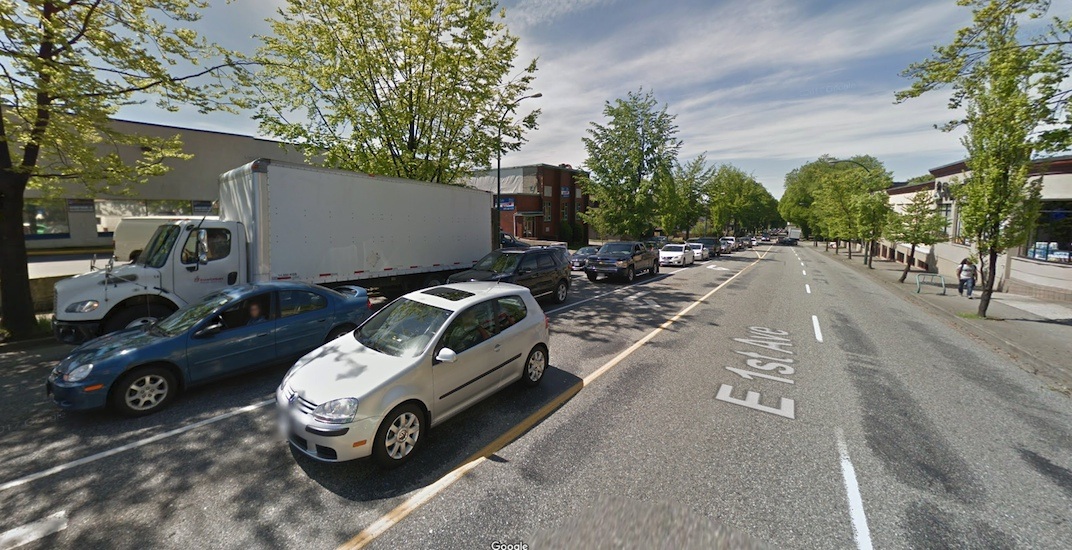 After a summer of detours, East 1st Avenue from Nanaimo Street to Clark Drive fully reopened to traffic today (Thursday, August 30,) as FortisBC announced it is completing its work in the area as part of their gas line upgrades.

“We recognize that the full closure has been an inconvenience for residents and commuters – it’s work that FortisBC had to get done,” says Jerry Dobrovolny, General Manager of Engineering Services. “We’re very appreciative to their team for an early opening, as well as to all residents, businesses, and commuters for their patience and understanding during this work.”

After partial lane closures that began in May, the segment of 1st Avenue from Rupert to Nanaimo Street reopened on August 26. Today, Clark Drive to Nanaimo Street once again opened to traffic following the full summer closure.

FortisBC will continue periodic work from Rupert to Nanaimo Street until early September, with ongoing lane closures near the Highway 1 overpass that are expected to wrap up in early fall.

“Recognizing that urban infrastructure projects like this one impact the community, we planned our work to minimize the length of the closure and challenges for commuters, residents and businesses,” said FortisBC’s Mike Leclair. “We want to thank the community for their input and cooperation, which has helped us complete this work safely and efficiently.”

During construction, the city worked with FortisBC to install several temporary traffic calming measures throughout the Hastings-Sunrise and Grandview-Woodland neighbourhoods.

These measures were timed with the gas line construction to help reduce additional short-cutting on local streets.

Some of these temporary measures will remain in place as traffic patterns stabilize following the Vancouver portion of the gas line upgrades, and as work continues near Highway 1 and in Burnaby. This will provide the opportunity to gather data and assess whether the closures could provide any ongoing benefit for residents.

Once an assessment is complete, the city will reach out to the community with more information and options.