Over the past little while, the Donnelly Group has been hard at work on tightening their Vancouver portfolio of pubs to a roster of properties for which they are sole owner-operator, while at the same time looking eastward to Toronto for a new venture.

Though talk of the forthcoming Donnelly pub in Toronto project has been bubbling for sometime among Vancouverites in the know, today comes the first official word about the project.

Called Belfast Love, Donnelly Group is rolling the dice in Toronto on a 390-seat venue in King West Village.

Located at 548 King Street West, Belfast Love takes over a space that was previously the breakfast, lunch, and brunch spot Zoe’s. Construction is underway on the Fashion District property, with the redesign being led by Mason Studio out of Toronto. A desirable element of the address is its wraparound patio. 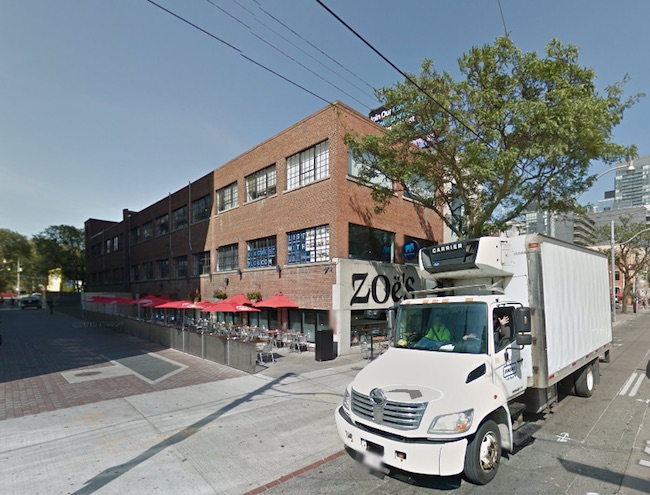 Donnelly says the name is a nod to Northern Ireland, and they are prepping to put forth a proper pub.

Never ones to shy away from being…let’s say cheeky, here’s the pub’s first Tweet:

“We resisted the idea of opening outside Vancouver for a long, long time. But we all fell in love with Toronto during our visits there and decided that we wanted to bring our pub culture to Canada’s biggest hospitality market. From top to bottom, our entire team is energized by the challenge of opening in Toronto.”

Belfast Love is hoping to open in the spring.