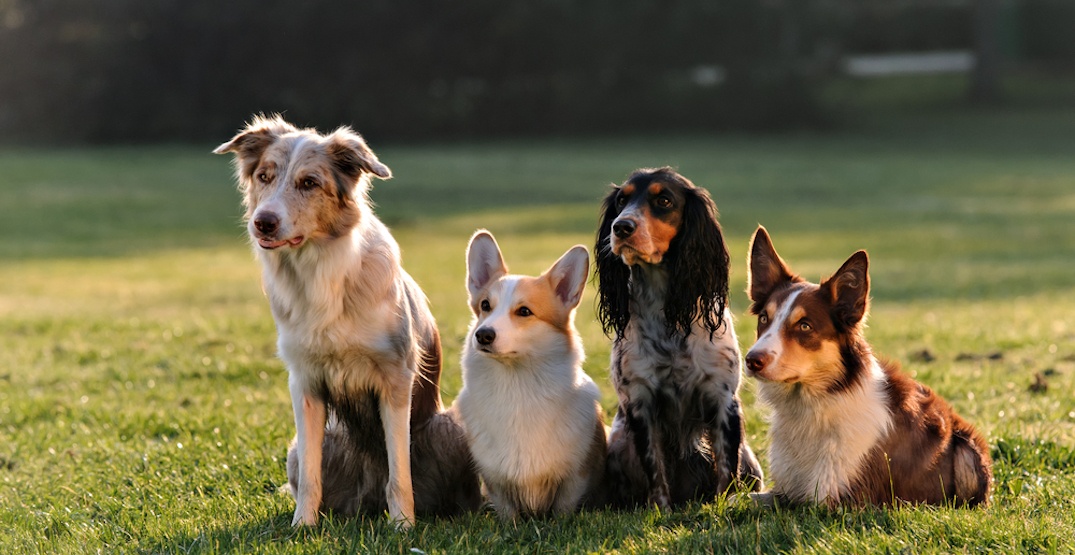 A dog walker appealing to get his pets back after they were seized by the BC SPCA following an incident of “abusive behaviour” caught on video has had his request denied, according to court documents.

Glen Affenzeller, who also goes by Glen Zeller, is the owner and operator of Dogtalk Ventures Ltd. in Vancouver where he uses his own four dogs to help him teach clients’ and rescue dogs.

His dogs were seized on August 3rd after an incident caught on video two days before that showed Zeller walking six dogs tethered together in a lane close to his residence.

It was there where an altercation with two other dogs behind a fence caused a fight between the two dogs he was walking, his dog named Carebear and a client’s dog named Dawson, according to the panel reviewing the case, the British Columbia Farm Industry Review Board (BC FIRB).

Findings state that Dawson continued to bark at the dogs behind the fence, even after the animal was told not to, then bit down on Carebear’s ear, Zeller then “reacted by punching Dawson twice, then a third time, as a necessary emergency response.”

“He [Zeller] said, ‘when dogs act aggressively, they are doing HIS job — he teaches dogs to respect (their) masters first,'” the documents read.

Two days later, BC SPCA staff went to Zeller’s residence with police and an animal behaviour scientist, and seized six dogs were seized — Zeller’s and two animals under his care, which were returned to the owners.

Zeller represented himself at a September 30 hearing held by the BC FIRB, where 11 character witnesses were called, and the BC SPCA was represented by counsel, calling four witnesses: two veterinarians who examined the dogs and their behaviour, and the special provincial constable (SPO) who had contact with Zeller before and after the seizure.

Zeller stated that he’s had the two dogs tethered before with no issues, but has learned not to tether them again, and in regards to the incident caught on video, Zeller stated that his actions were essential, but if handed the situation again, he might handle it differently. Zeller added that his clients are happy with how he’s corrected their dog’s behavioural issues.

Zeller learned his “approach” through “observation” and has no formal dog training qualifications, and integrates the client’s animal into a pack of his own dogs with the belief that this will show the dog that it’s safe to “respect hierarchy” and who the master is, the documents state, adding “he believes his training methods are “good and ‘he has a gift.'”

The SPO testified that he filed for the warrant after reviewing the video of the August 1 incident and also on the basis of complaints the BC SPCA had logged about Zeller’s handling methods, including 42 separate complaints from parts of Vancouver between 2006 to 2019.

The BC FIRB review of the BC SPCA’s complaint records show abuse examples, including “a pit bull type dog having its face shoved into the ground and spat at after it had dragged another dog it was tethered to,” and “a dog being thrown to the ground and punched four or five times in the face. These complaints all, in some way or another, related to dogs being roughly handled and made fearful. On more than one occasion.”

Veterinarian Dr. Ian Welch, said “the video was about abuse, not positive punishment,” explaining the dog was punished for about 30 seconds, “beyond what a dog could understand,” and “dogs have a poor long-term memory and that any correction must be made within a 1-2 second timeline. Anything beyond 3-5 seconds is abuse.”

A second veterinarian who looked at the video provided a report following an examination of the six dogs on August 3, and concluded that the dogs were suffering from chronic conditions.

The panel said in light of the complaint history, video and expert testimony, Zeller had no significant insight into the “abusive nature of his training techniques, we have little confidence that that he will be able to change his practices. His techniques appear to be a deeply held philosophy which does not appear to share support among experts in dog behaviour.”

The panel decided not to return the four dogs back to Zeller, that the animals’ future be up to the BC SPCA and that Zeller pay the animal welfare agency for the costs needed to care for the animals, totalling $7,401.86.