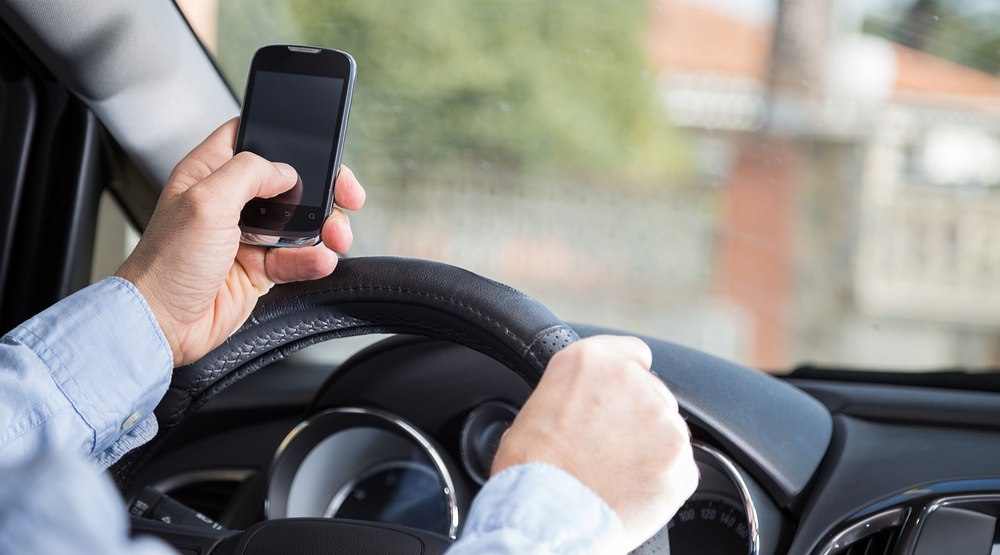 Taking a selfie while driving equaled a substantial fine for a driver on Sunday. (Image: 135pixels/ Shutterstock)

It was a costly way to capture a moment.

A driver is now facing a substantial distracted driving fine, after being caught in West Vancouver trying to take a selfie while stuck in heavy traffic.

The incident took place on Taylor Way, near Marine Drive, on Sunday afternoon at 2:15 pm.

But it wasn’t just the selfie that was the problem.

“The driver was found to have had five prior cellphone-while-driving offences since 2013,” Palmer noted.

If convicted of this latest violation ticket, the driver would have two Distracted Driving offences since new distracted driving legislation took effect earlier this year.

And since this would be a second infraction within a 12 month period, “the driver is subject to review under the Provincial Driver Improvement Program” and could be subject to a three to 12 month driving prohibition.

As it stands, the ticket will carry the $368 fine plus a $520 ICBC Penalty Point Premium.

Asked if he had ever seen or heard of traffic stop situation like this before, Palmer said he had not.