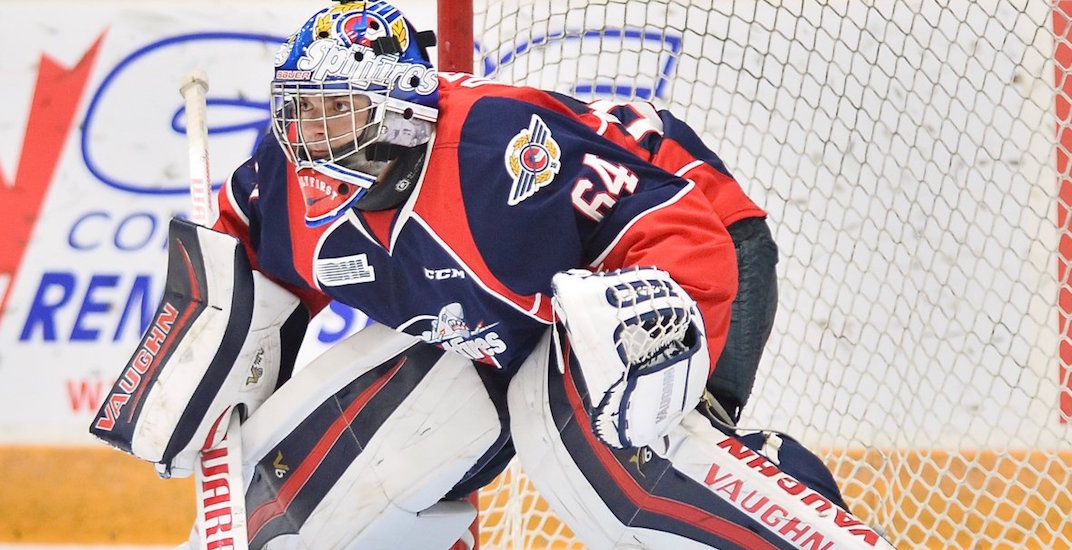 It’s been quite a year for Canucks prospects.

Just two days after Elias Pettersson and Jonathan Dahlen were named MVPs of their respective leagues in Sweden – and less than a month after Adam Gaudette won the Hobey Baker Award – two more Canucks prospects picked up hardware on Wednesday.

Michael DiPietro, the Canucks’ third-round pick in the 2017 NHL Draft, has been named OHL Goaltender of the Year.

NEWS: @miketendy has been named OHL Goalie of the Year.

A Memorial Cup winner before he was drafted, the 18-year-old appeared in 56 games with Windsor this season, posting the third-best save percentage (.910) in the league among starting goaltenders.

DiPietro is currently overseas representing Canada at the IIHF World Championships. Though he’s unlikely to appear in any games as Canada’s third goalie, getting to practice with the likes of Connor McDavid, Ryan O’Reilly, and future Canucks teammate Bo Horvat should be a great learning experience for the youngster.

VIDEO: @MikeTendy reacts to being invited to join @HockeyCanada at the 2018 IIHF World Championship in Denmark. pic.twitter.com/FC2Up22fID

Over in Finland, Canucks sixth-rounder Petrus Palmu, has made an impression. The diminutive 5-foot-6 winger won Rookie of the Year in SM-liiga, the top professional league in his home country.

The 20-year-old made his pro debut this season after three years playing for Owen Sound in the OHL. He’s produced everywhere he’s been – scoring 98 points in 62 games in his final junior season – but slipped in the draft likely due to his size.