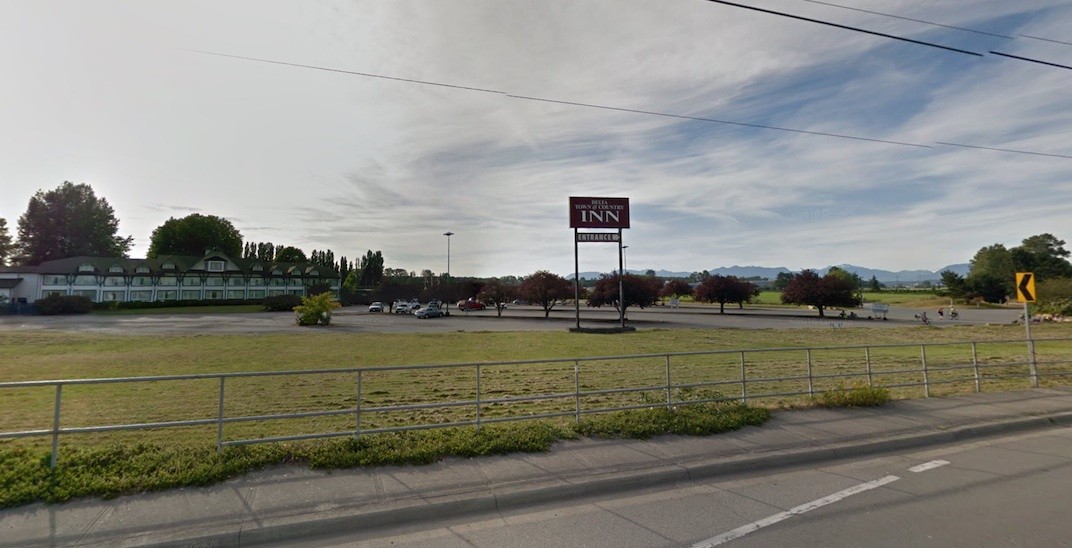 Exterior of Delta Town and Country Inn near the south end of the George Massey Tunnel. It is the site of the proposed casino. (Google Maps Streetview)

A new casino attraction near the south end of the George Massey Tunnel in Delta has received preliminary approval from the BC Lottery Corporation (BCLC).

Gateway Casinos & Entertainment will relocate its Newton Community Gaming Centre in Surrey to a new and expanded facility at Delta Town and Country Inn, located at the interchange where Highway 99 and Highway 17A intersect.

According to a release from BCLC, the site was chosen due to its alignment with Delta’s tourism strategy, distance from residential neighbourhoods, and close proximity to transportation corridors.

Interest with the location began several years ago when a 10-lane bridge had been proposed to replace the tunnel, which could be altered with another plan or even cancelled following an independent review.

As well, BCLC deemed this as the best location without significantly affecting other casinos in the region.

“In light of this feedback, BCLC and its third-party specialized advisory consultant undertook a detailed analysis of this location utilizing existing player data,” reads a statement from BCLC. “This analysis shows that the Delta Town and Country Inn site will capture incremental revenue, with minimal impacts to adjacent gambling facilities in Richmond, Surrey and New Westminster.”

Gateway has already secured the Town and Country Inn site, for the proposed casino, which is projected to employ 700 people when it opens. Between $25 million and $50 million in revenue will be generated annually, with the host local government set to receive 10% of the net gaming revenue.

This translates to between $1.5 million and $3 million annually for Delta’s municipal government.

Both Surrey and Delta were considered for the new facility, but only Delta expressed interest to BCLC.

With the preliminary approval, Gateway will be able to finalize its casino proposal, including amenities and dining facilities, for its formal submission to BCLC.

If the design is approved by BCLC, it will be sent to Delta City Council for final approval.