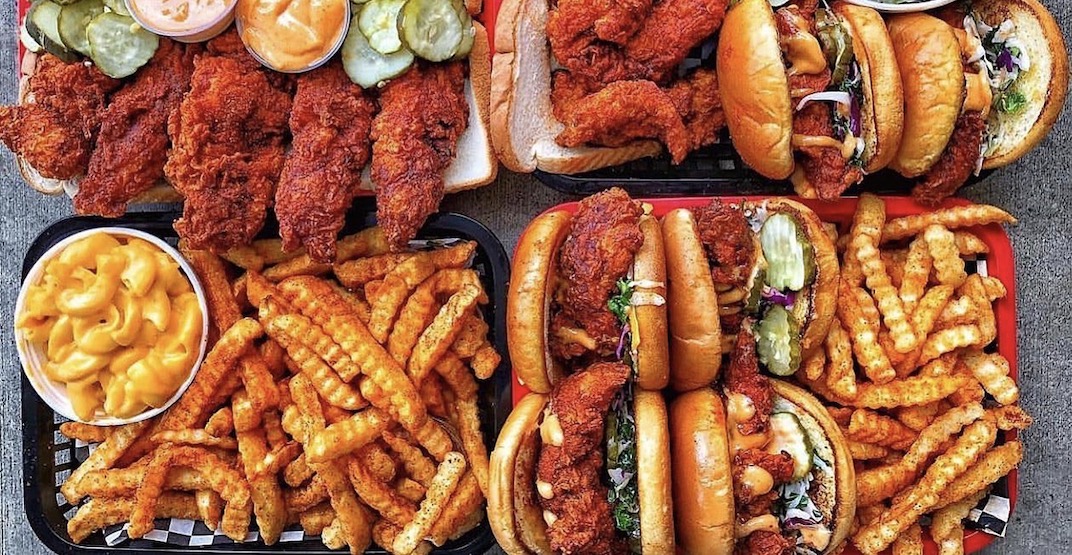 While one famous chicken chain is planning a partial exit from the Canadian market, another one is just getting started.

This is the first international deal for Dave’s Hot Chicken, a brand that was founded by classically-trained chef Dave Kopushyan and three friends.

The concept got its start as a parking lot pop-up in early 2017 before opening its first brick-and-mortar outpost in East Hollywood.

Described as a “street food sensation,” Dave’s will initially be focusing on opening locations in BC and Ontario, but Bitove said the ultimate goal is to eventually bring the brand to communities across the country.

Dave’s specializes in hot chicken tenders and sliders, along with suped-up sides like house-made kale slaw, mac and cheese, and crispy fries or cheese fries.

The spice levels at this chain range from “No Spice” to “Reaper.”

In addition to the Canadian expansion, Dave’s has several locations in Southern California and is expanding across the US too.

We’ll keep you posted as more details about these openings are released.

We’ve seen various buzz-worthy American chicken chains make their way north of the border over the past few years, Chick-fil-A landed in Toronto in summer 2019 and Popeye’s has been rapidly expanding in BC as well.