The West Coast Express (WCE) commuter rail service running between downtown Vancouver and Mission could be forced to shut down starting next week due to a strike by two unions that work for CP Rail.

TransLink says the unions announced that strike action could begin at 12 am on Saturday, April 21, which means train service could be impacted as early as Monday when the commuter rail service begins its week of operations.

A special train service was also planned this Sunday, April 22 to take runners to the Vancouver Sun Run.

While the WCE is owned and operated by TransLink’s BC Rapid Transit Company, it leases time on CP Rail’s tracks to run its peak hour direction service during weekdays.

According to the public transit authority, CP Rail is developing a contingency plan to “hopefully maintain commuter rail service in the event of strike action” but it cautions that if the strike persists over the long-term, there could be impacts on regular train service.

If the strike forces a shutdown of the commuter rail service, TransLink says it will deploy a fleet of buses to act as a shuttle bus service to connect the WCE stations at Mission City, Port Haney, Maple Meadows, Pitt Meadows, and Port Coquitlam with SkyTrain’s Coquitlam Central Station.

Additionally, four additional trains will be added to the Millennium Line route to help prevent overcrowding from the surge in additional WCE passengers. Approximately 10,000 passengers use the WCE service each weekday.

Further updates will be provided in the days to come, but until then TransLink has outlined the shuttle bus schedules that will replace the commuter rail service in the event of a shutdown of the railway (NOTE: The shuttle bus service will only be activated if train service is cancelled): 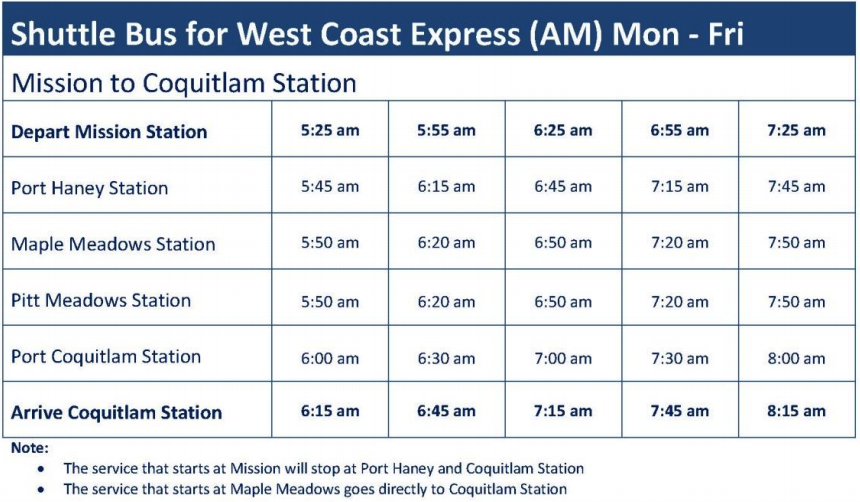 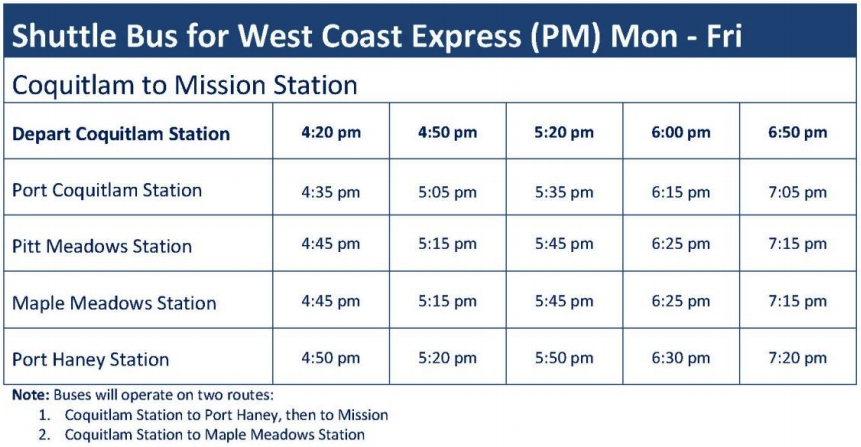 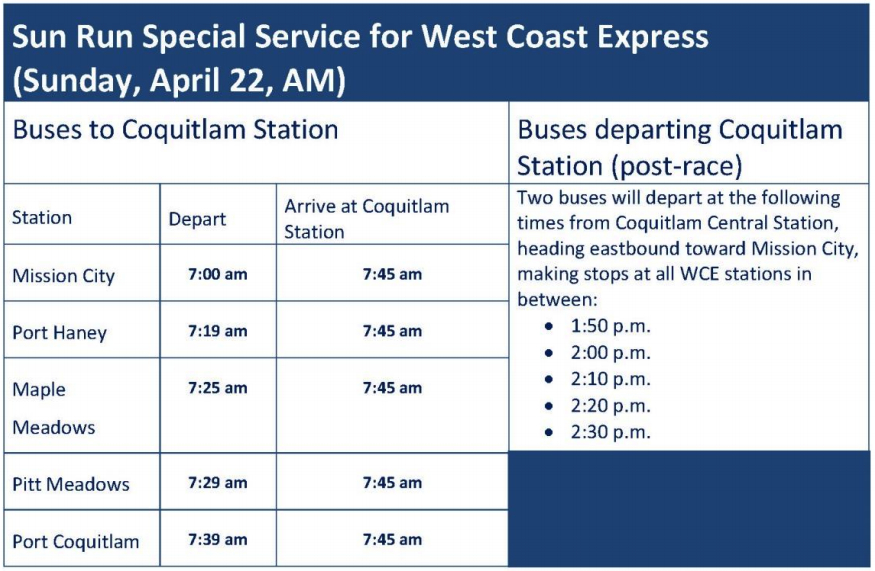