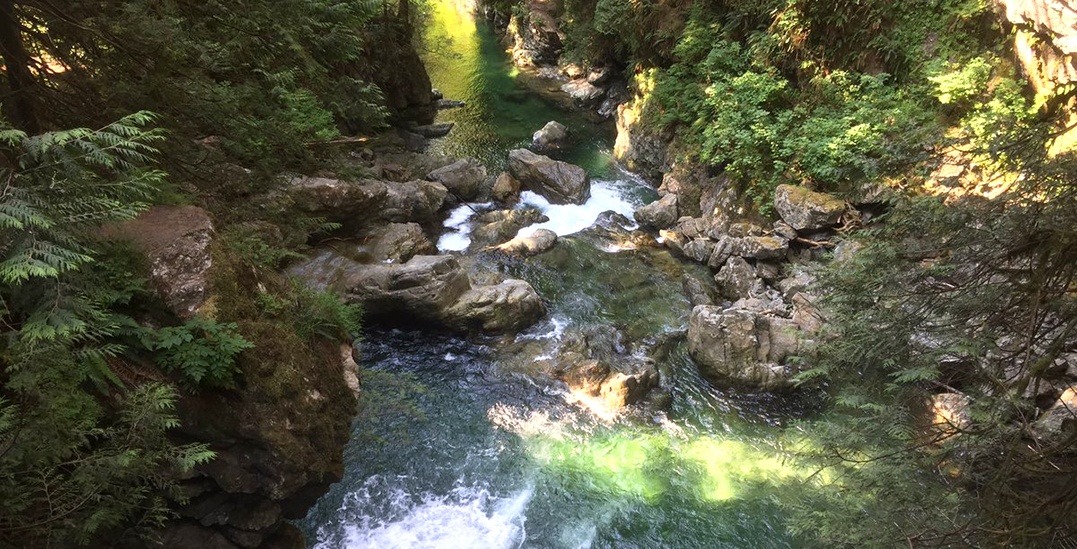 The incident occurred on Saturday, August 18, when crews received a report of a young male injured in the water, just after 3 pm.

According to DNV Assistant Chief Walter Warner, “the young adult had attempted to cliff jump into a pool off a 90-foot drop at Lynn Canyon.”

By the time rescuers arrived on the scene, they found the 18-year-old male injured on shore, just below the suspension bridge.

At first, the rescue crew rappelled a single team member off the bridge to meet the individual. When he complained of neck and back pain, a second member of the team was sent down and the teen was harnessed and lifted up through a stretcher.

Walter comments that there was no need to close Lynn Canyon Park entirely, although the bridge was closed in both directions for a short period of time.

After being rescued, the male was transferred and received by members of the BC Ambulance Service.

Walter explains that “park users have to be aware of the dangers [of cliff jumping]” and that especially at Lynn Canyon Park, “the shoreline and water levels are always changing and always unstable.”

“The water itself is also quite cold,” he adds. “We get a lot of people visiting from outside the North Shore and we want visitors to enjoy it safely and be aware of their surroundings.”

Rescue crews were not able to give an update on the cliff jumper’s condition.

Thrill seeking went badly for someone today @LynnCanyonPark Kudos to the First Responders for a successful rescue from the suspension bridge #warningsignored #NorthVancouver pic.twitter.com/ueaZgdQsBm