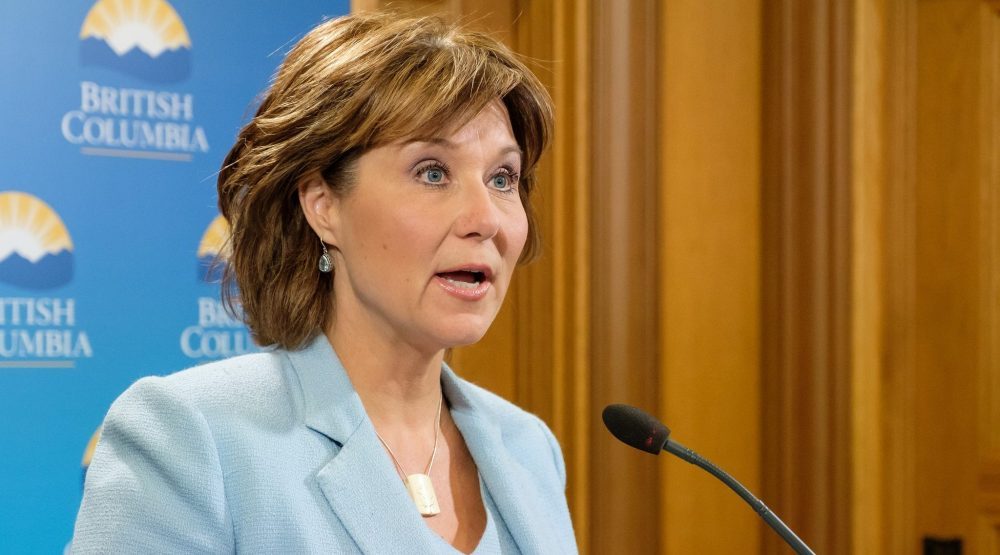 BC Premier Christy Clark has pledged to bring about far reaching reforms of the way political parties are funded in the province.

Speaking in Victoria on Monday, Clark said she plans to establish an independent panel to regularly review and recommend changes to campaign financing rules.

In order to keep the panel apolitical, all members would have to be approved unanimously by the legislative assembly and would conduct reviews every eight years, she said.

Clark said having an independent panel would take political parties and politicians out of the process of deciding what campaign financing should look like.

“If we want to ensure fairness then we need to make sure independent people are making these recommendations and make sure that it happens regularly,” she said.

“So we can keep pace with changes in people’s expectations but also changes in technology and the way political parties fundraise… which has changed dramatically in recent years.”

Clark said she would consider all recommendations made by the panel, but would not back any proposal which sees taxpayers subsidize political parties.

“I think we should put everything on the table,” she said. “I think it’s a legitimate subject for debate in the election campaign.”

“We don’t want a system where changes are made that are intended to advantage the incumbent party and disadvantage the other parties.”

As well, Clark is also tabling legislation to bring in real-time reporting of donations to political parties. The new law would call for greater detail of when and where donations were made, reporting fundraisers within five days.

Clark’s promise to overhaul campaign financing comes just two months after she and the BC Liberals came under fire in an article on the issue published in the New York Times.

The article brought global attention to the fact that BC has no limits on political donations, unlike other provinces, which have banned corporate, union, and foreign donations.

Even on a federal level, such donations are now banned – but not yet in BC.

Such political donations, among many others, partially go towards Clark’s annual stipend funded by the party, on top of her $195,000 salary.

However, after the Times noted that only one other province in the country, Saskatchewan, has a premier that receives such a stipend, Clark said she would no longer accept it.

You can watch the Premier’s full press conference here: