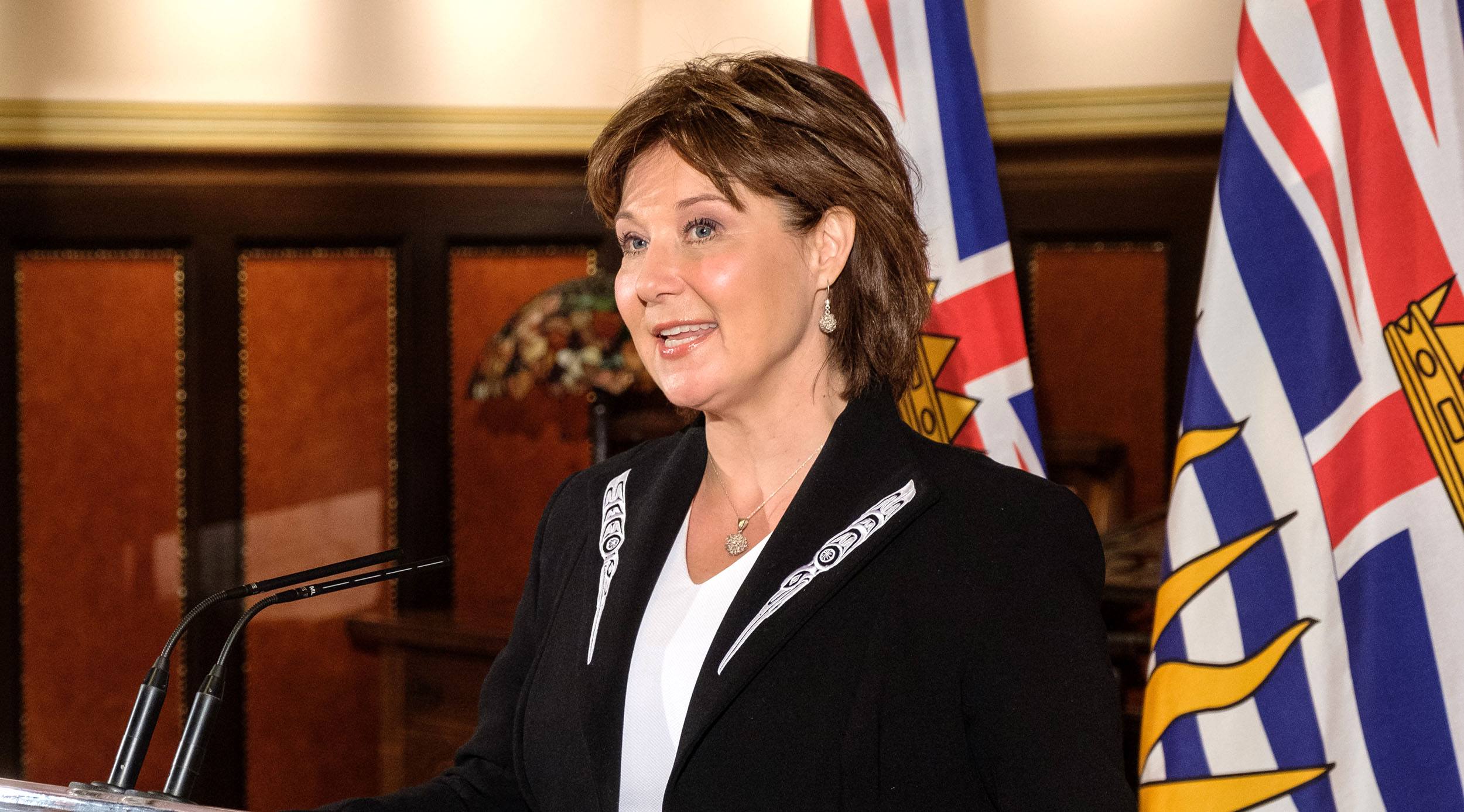 Christy Clark has lost the confidence of the BC Legislature, paving the way for a BC NDP minority government – or a snap election.

Over the course of the last week, Clark’s BC Liberals had presented a throne speech and budget, but after days of debate, a motion of non-confidence was introduced by BC NDP leader John Horgan.

As expected, that motion passed 44-42 this afternoon, meaning the BC Liberals have now lost the “confidence of the house” and according to convention cannot form a government.

Speaking in the Legislature just before the vote, Clark said:

“If this marks the end of our government then I stand here in humility and with great gratitude to the people of British Columbia.”

What happens next is up to Lt.-Gov. Judith Guichon, the Queen’s representative in BC, who Clark met with for more than an hour after the defeat.

Guichon can either dissolve the legislature prompting a new election, or ask BC NDP leader John Horgan to try to form the next BC government.

Emerging from her meeting with Guichon at about 7:20 pm on Thursday, Clark told assembled reporters:

“The Lieutenant-Governor and I had a very good, long conversation, as you may have guessed, given the amount of time that we were there.

“I know people want to know, and with everyone else in British Columbia and across the country, I’ll be waiting too.”

It is not clear when the Lieutenant-Governor will announce her decision.

It’s worth noting that in a recent Angus Reid poll of British Columbia voters, only 29% said they would support a snap election.

Speaking on Wednesday, a day before she was toppled, Clark anticipated her defeat, but said if asked, she would tell Guichon she didn’t believe the legislature could work.

Clark said she had seen no evidence that the BC NDP and the BC Greens had the numbers needed to actually govern, and she would advise Guichon so.

Notably, if the BC NDP or BC Greens were to put forward a Speaker for the house, it would leave them tied on 43 seats with the BC Liberals.

This could lead to many tie votes on bills, with the Speaker expected to break the tie.

Faced with Clark’s advice, it is unclear what Guichon will choose to do – but she could choose to dissolve the legislature, prompting another election to settle the matter.

BC NDP have backing of BC Greens

The day of reckoning comes more than a month after the extremely close BC provincial election, which left BC with a hung parliament.

After comments on Wednesday, Clark was accused of making a last ditch attempt to scare opposition MLAs into keeping her in power, to avoid an election.

What now for Christy Clark?

After Clark’s failure in the legislature today, her position as leader of the BC Liberals may be as precarious as previously thought.

In the meantime, Guichon could well ask Horgan to form the next BC government, with the support of Weaver.

Horgan would then have to recall the legislature and attempt to pass his own throne speech or budget to see if he had the confidence of the house.

If that passed with the support of the BC Greens, then Horgan would be the next BC premier and the BC NDP minority government would continue.

And, after 16 years in power, the BC Liberals would be relegated to the Opposition.