The City of Vancouver will replace Fire Hall No. 5 in Champlain Heights with a larger, new fire hall combined with affordable housing for low-income, woman-led families.

Opened in 1952, Fire Hall No. 5, located at East 54th Avenue and Kerr Street, has served the Champlain Heights and East Fraser Lands communities for 63 years, now responding to about four calls per day and 1,600 per year. But the building does not meet current seismic codes and the driveway is too short to house modern-day fire trucks, nor is the building big enough to house enough crew to meet the growing communities’ needs.

The City will rebuild the fire house with three truck bays, a community and training room for the dual purpose of providing workshops and clinics for the public, support areas, service rooms, a fitness room and a dormitory. The fire hall will also house special medical, mobile self-contained breathing apparatus (SCBA) or hazardous materials vehicles.

The two-level fire hall will fill the bottom half of the six-story building, with the top four floors zoned for affordable housing. Designed for low-income, women-led families, the housing will include 31 two- and three-bedroom units, amenity space and a roof-top patio. The YWCA Metro Vancouver will be leasing the space from the City of Vancouver for $3.5 million and will manage the residential space. The City will spend $13.1 million on the new fire hall and $9 million on the construction of the housing units.

As for noise disturbances, the City of Vancouver says “the noise from the activities of the fire department should not be any more intrusive to the tenants than what is heard by the neighbouring properties.” The also add, “An acoustic engineer will assist the design team to control the noise and make sure the design meets or exceeds current standards.”

The project is set to be completed in the winter of 2017. 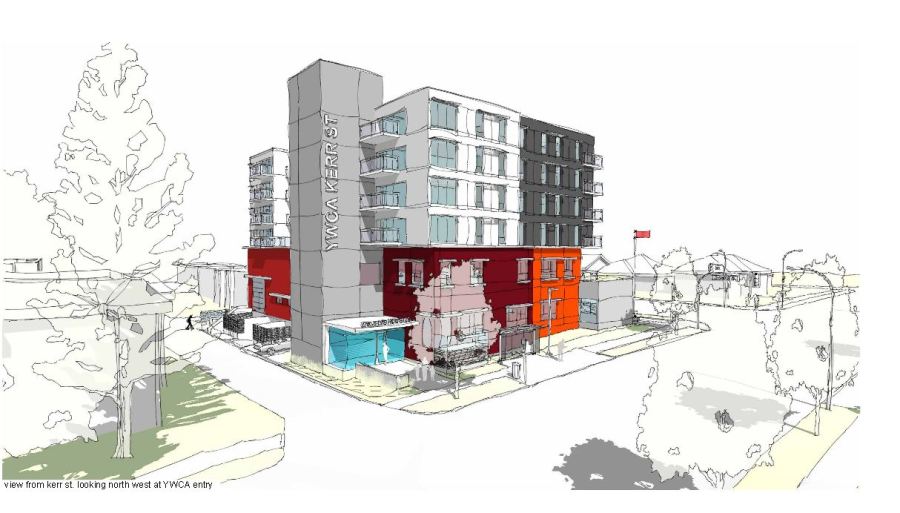 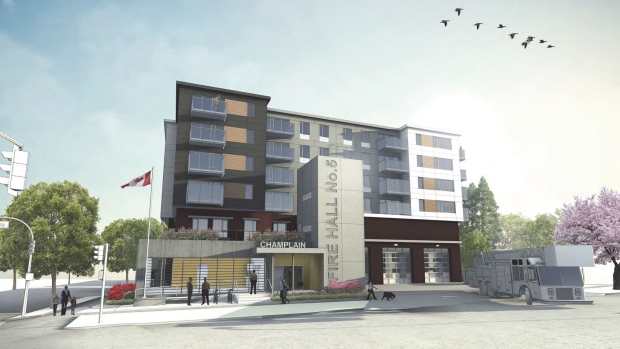