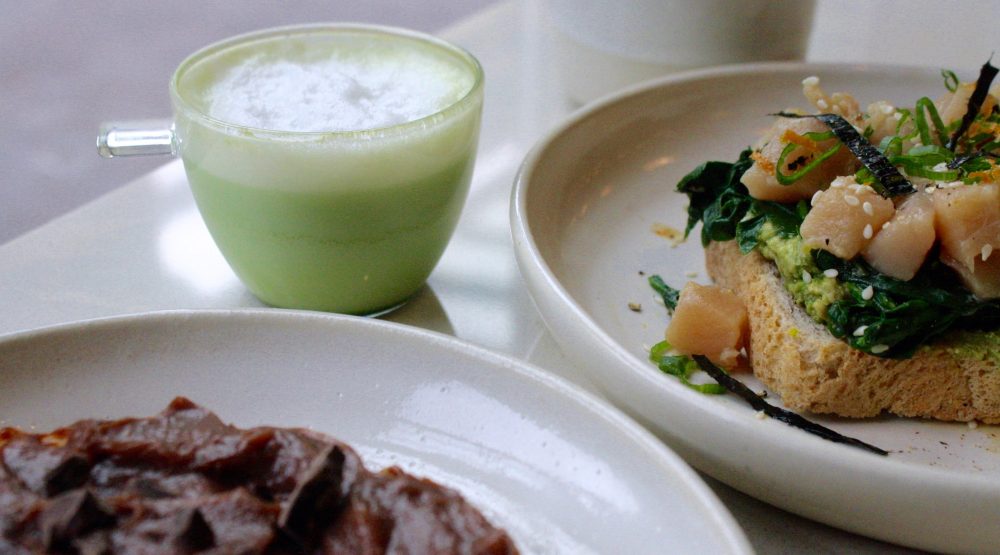 Cha Le Tea Merchant Cafe + Shop is the latest specialty cafe to hit Yaletown – but it’s not your typical teahouse.

Cha Le, which translates directly to “Happy Tea” is located at 1207 Hamilton Street, is owned by husband and wife duo Charlie Zhang and Sue Wang. The couple’s aim with this concept is to fuse traditional, authentic tea with their customer’s modern needs and preferences.

This spot is a Vancouver-based purveyor of high-quality teas, which are brewed along the 674 square-foot space’s sleek central tea bar using Steampunk Craft Brewing Machines, a top-of-the-line cutting edge brewer. 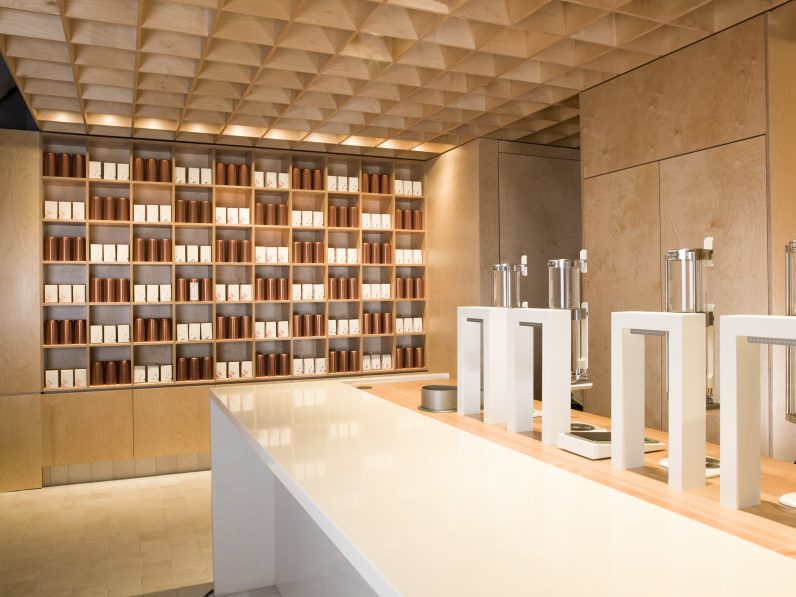 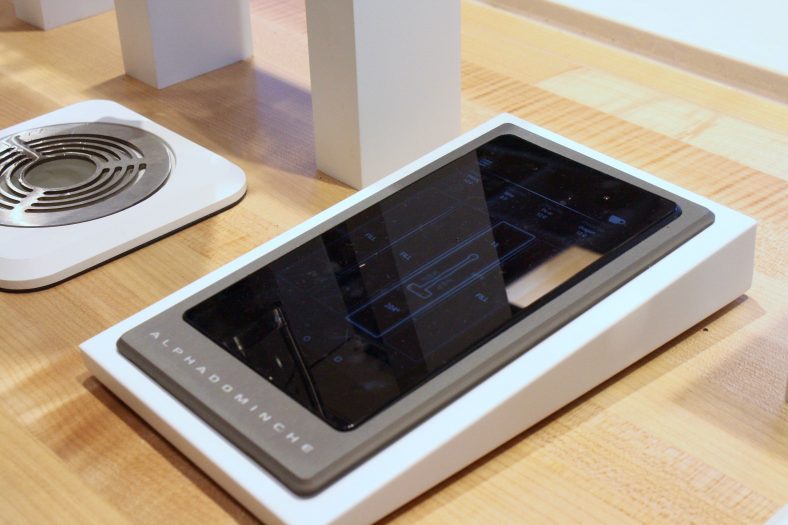 This isn’t just a spot to sip and dip, Cha Le is a place to get educated about the world’s most consumed beverage (other than H2O) and familiarize customers to a proprietary line of premium, single-origin Chinese teas – which can be served in a ceramic mug, a to-go cup, or purchased in-store and online.

This spot offers 24 varieties of green tea, white tea, oolong tea, herbal tea, black tea, and pu’er tea (which great for digestion). All the teas here are imported directly from China’s independent tea farms, and they can be enjoyed in the modern, light, and tranquil setting designed by local firm Leckie Studio Architecture + Design Inc. 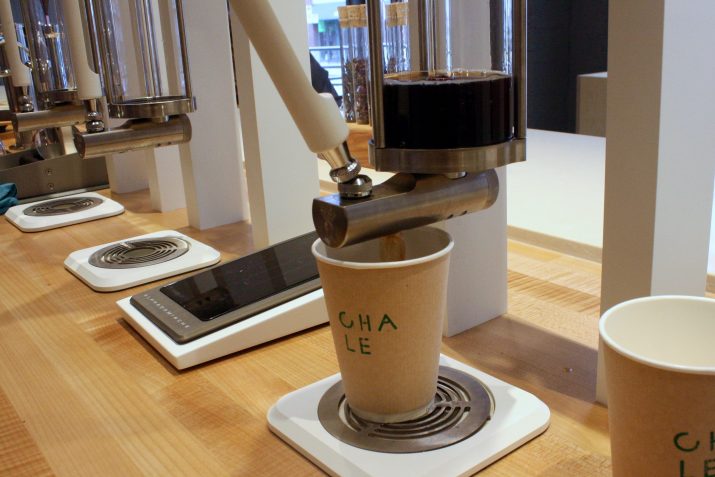 Along with tea, Cha Le offers a variety of tea lattes, including a Matcha Latte, a Matcha Cortado, a Black Tea Latte, a London Fog, and a Roasted Oolong Latte.

All teas and lattes can be made iced, or you can choose one of Cha Le’s cold selections such as the Daily Special Cold Brew, Sparkling Tea, Signature Iced Tea, and Craft Kombucha, which will be developed in partnership with local maker O5 Tea. 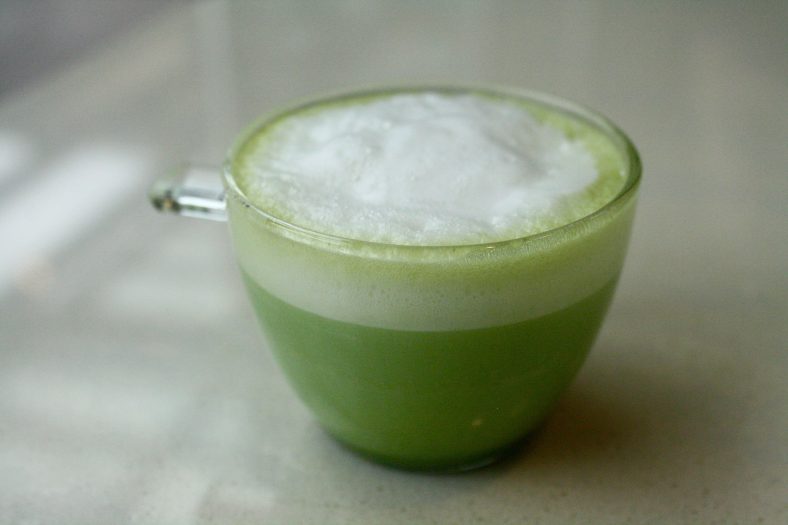 The tea here is a gastronomical experience on its own, but if you’re hungry there is a menu of next-level small bites available at Cha Le.

The savoury toasts and sweet toasts all use local, organic, and Ocean Wise ingredients. All toast is made with dense and delicious two-day fermented rye bread from Olivier’s Breads in Port Coquitlam, and the drool-worthy toppings don’t disappoint either. 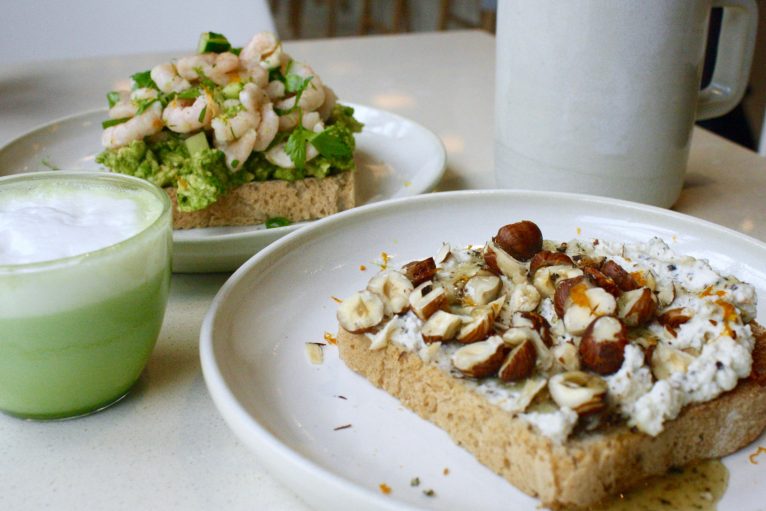 Expect to see elevated dishes incorporating tea flavours into them such as the Truffled Ricotta and Hazelnut Toast made with sundried tangerine and pu’er honey, and the Hand Peeled Shrimp toast made with with matcha avocado and shredded nori. 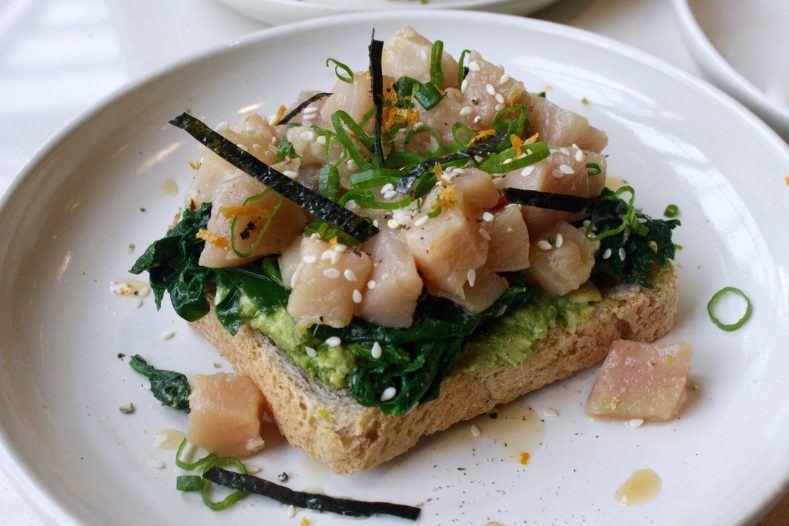 The meat on the Haidacore Albacore Tuna Toast is soaked poke style with Dragon Well green tea, and then laid on a bed of the tea’s leaves presented as a sesame-spinach salad.

Other selections of savoury toast include a prosciutto and wild smoked salmon variety.

You can easily satisfy your sweet tooth with one of Cha Le’s sweet toasts including a Toast & Jam, Salted Caramel and Banana, or this Chocolate Toast made with BETA5 milk chocolate, hazelnut, and roasted Iron Goddess of Mercy spread. 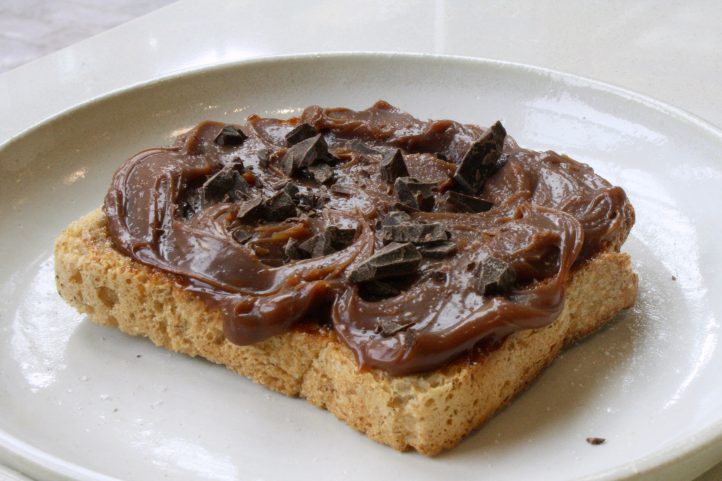 Soon patrons will be able to enjoy tea cocktails at this cafe as well, which they can enjoy sitting inside the 16-seat cafe or eventually on the outdoor licensed patio.

This spot is a definite must-try for anyone who loves tea, or anyone who wants to become a “tea person”. Despite the fact that Cha Le doesn’t serve coffee – there is even a caffeinated, lighter tea alternative that does the same job as a cup of Joe.

Cha Le Tea Merchant Cafe + Shop is open from Monday to Friday 8 am to 6 pm, AND Saturday and Sunday from 10 am to 6 pm. 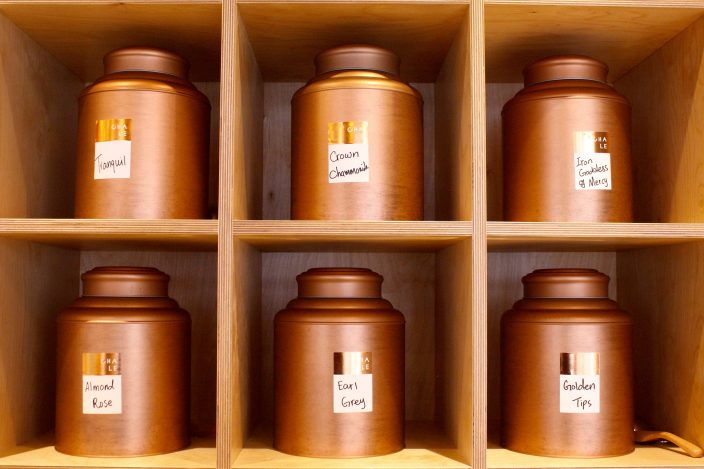