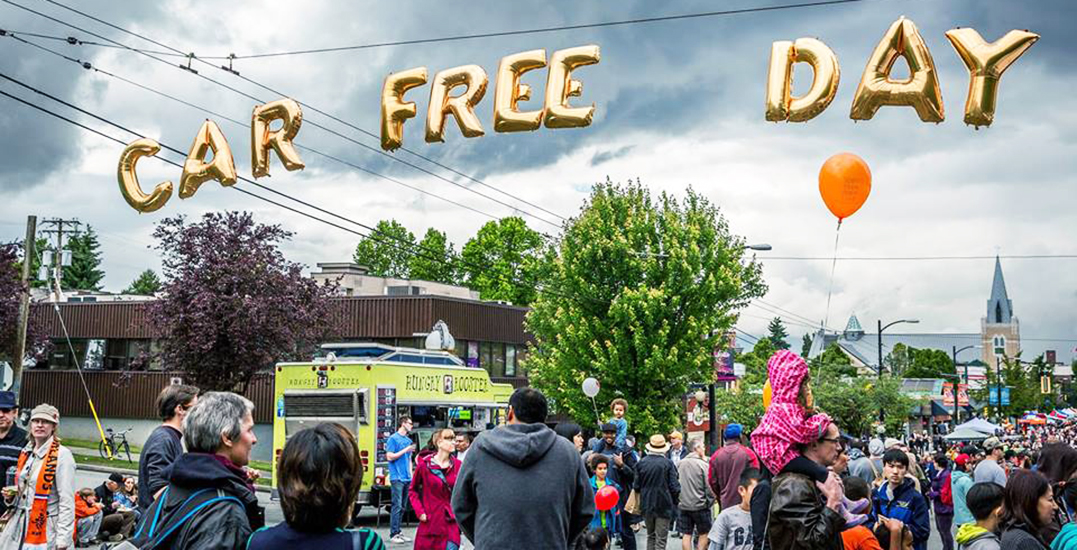 Car Free Day in Vancouver has announced their summer lineup of street festivals for 2018. The series of events, meant to re-imagine and showcase a city less dependent on cars, takes place from June to August.

Each festival will be held on a single street in each respective neighbourhood, all to be held on different days, allowing festival-goers a chance to attend each time.

According to event organizers, attendees to each festival can expect more music, arts, activities, and interactive installation than in previous years, thanks in part to new partnerships.

The West End Festival will be held on Saturday, June 16 on Denman Street from Robson to Davie. New for this year, will be four stages curated by newly-acquired partners. West End has partnered with Blueprint Entertainment, one of the largest lifestyle, concert, and event companies in Canada, as well as WE Arts, a non-profit arts and culture community.

The Main Street Festival will take place on Sunday, June 17 on Main Street from Broadway to 30th. The event will feature more than 10 stages hosted by local communities and businesses. Organizers also share that attendees can expect more interactive art installations and children’s activities.

Joey Moore, a long time festival organizer, comments that “automobiles can only be expected to make up a minority of movements if the air is to be breathable, our streets walkable, and we are to have the economic resources to deal with other issues.”