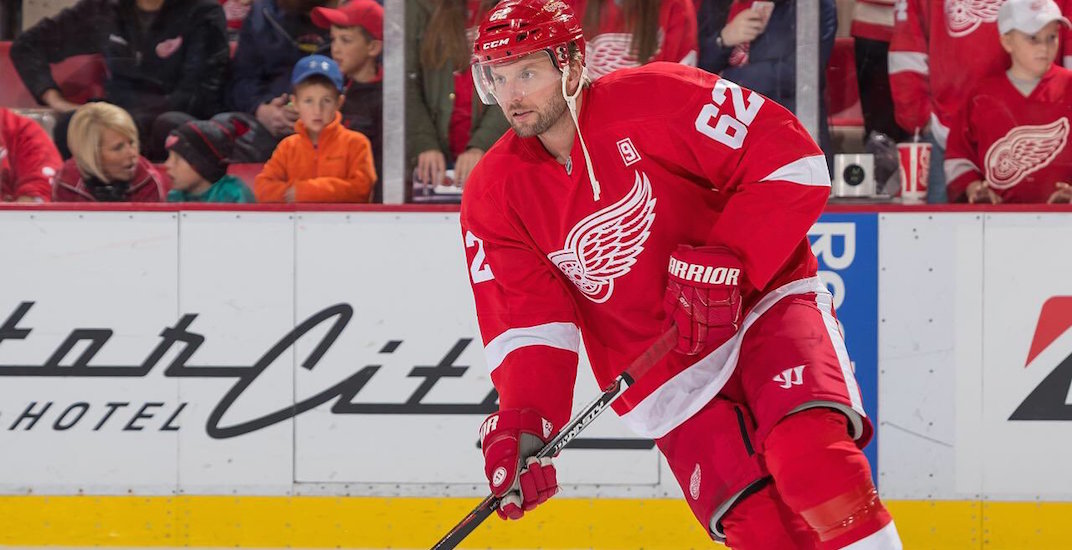 Thomas Vanek is coming to the west coast, as the 33-year-old free agent winger signed a one-year, $2 million contract with the Canucks on Friday.

Vanek was once one of the best goal scorers in the game, scoring a career-high 43 times for the Sabres in 2006-07. He isn’t what he once was, but can still play if last year was any indication. The 6-foot-2, 218-pound Austrian is coming off a 48-point season in 68 games split between the Red Wings and Panthers.

Canucks general manager Jim Benning is familiar with Vanek, having helped to draft him fifth overall in 2003 when he was the Sabres’ director of amateur scouting.

“Thomas has been a prolific scorer throughout his career and we’re excited to add his offence and experience to help with the continued growth of our forwards,” Benning said in a media release. “His skill and ability to contribute on the scoresheet, combined with his lead-by-example style will help our team this year, and will benefit our younger players as they continue to develop their game.”

This is an intriguing signing from a Canucks perspective.

The team is in a rebuild, so adding a past-his-prime 33-year-old to the fold doesn’t seem to make a lot of sense. Vanek will almost surely take the spot of a young player, who will get bumped to Utica.

There’s some debate about whether that’s a good thing or not though.

Should players like Jake Virtanen and Nikolay Goldobin start in the AHL? You can make the case that it would be best for their development. But will Vanek limit opportunities for a player like Brock Boeser? It’s possible.

In the here and now, this makes the Canucks a better team. They finished second-last in goals and power play percentage last year, and Vanek will obviously help in those areas.

Bartlett says the #Canucks envision Vanek on the powerplay with the Sedin twins, net front precense.

And they got him at a bargain price.

But will he do more than hurt the team’s draft position?

The way Vanek can help the rebuild is if the Canucks can trade him for assets at the trade deadline. If Vanek has a good season, he’ll be an attractive piece to a contending team given the value and short term nature of his contract.

That’s exactly what Detroit did at the deadline last season, getting a third-round pick in a trade with the Panthers after signing him to a one-year contract last summer.