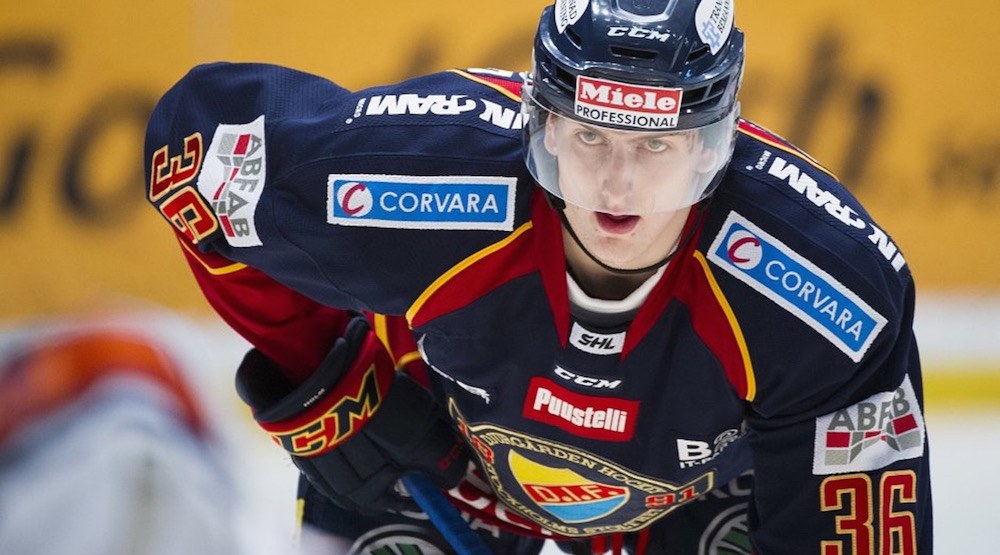 The Vancouver Canucks have added some depth to their blueline, inking Swedish free agent defenceman Philip Holm to a one-year, entry-level contract on Friday.

The news confirms a report from earlier in the day that indicated the Canucks’ interest in the 25-year-old defenceman’s services. The report also stated that the Chicago Blackhawks were in the mix to sign the young d-man.

Holm : "I am 2-way defenseman who is pretty good skater. I like to join rush with my skating." #Canucks

The 6-foot-1, 190-pound defenceman was never drafted into the NHL, and has played his entire career in Sweden. He had his best season statistically this past year with Vaxjo in the Swedish Hockey League, scoring 21 points (4-17-21), helping them to the best regular season record in the league.

Holm led his team in scoring among defencemen, and led the entire league in plus-minus in 2016-17. That helped him earn a spot on Team Sweden, the eventual gold medal winners at the IIHF World Championships. The left-shooting blueliner was the only non-NHL defenceman on the roster.

“Philip is a mobile, two-way defenceman who adds depth to our blueline,” said Canucks general manager Jim Benning. “He made strides in his development last season with Vaxjo and played a strong series with Sweden at the World Championships. We’re pleased to welcome him to the Canucks organization.”

Holm was a teammate of Canucks defenceman Alex Edler at the Worlds, so he’ll have at least one familiar face at training camp.

It remains to be seen where Holm will fit on Vancouver’s depth chart, although the door should be open to earn a spot on the roster in preseason. The Canucks have already lost Nikita Tryamkin to the KHL, and could lose Luca Sbisa in the upcoming Expansion Draft.