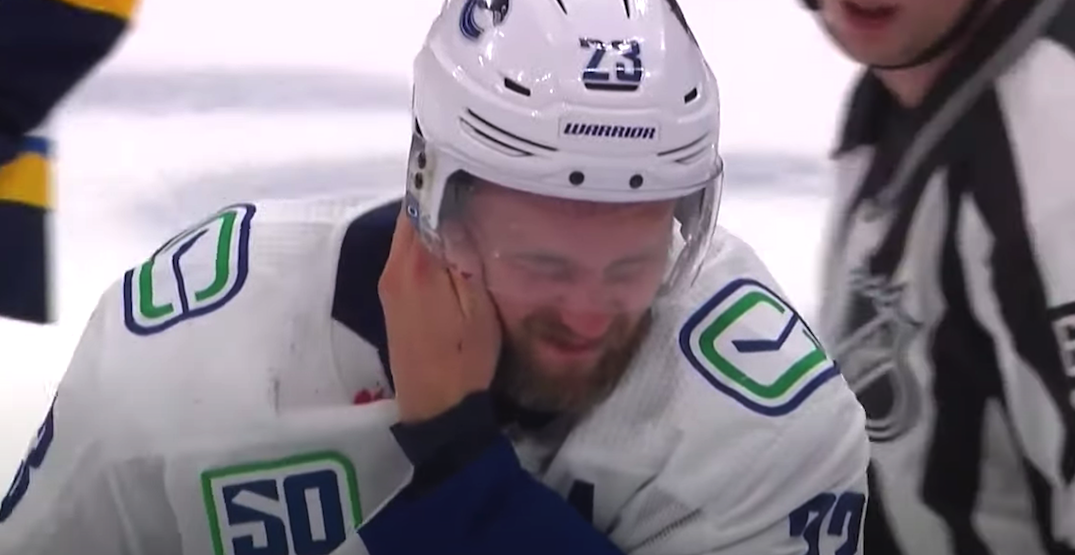 His ear might be mangled, but Alex Edler appears to be healthy enough to play in Game 6 tonight for the Vancouver Canucks.

According to a report from Sportsnet’s Dan Murphy, Edler is “good to go,” while winger Tyler Toffoli isn’t likely to draw into the lineup.

Also, no surprise, but Toffoli doesn’t sound like an option. #canucks #couching @FarhanLaljiTSN

There are no injury reports during these pandemic playoffs, but Canucks coach Travis Green said, “We actually thought he was coming back,” when quizzed about Edler following the game. On Thursday, the usually guarded head coach said, “I won’t say that he’s in, I won’t say that he’s out.”

Edler’s ear was cut by the skate blade of Blues forward Jordan Kyrou late in the second period of Game 5 on Wednesday. Falling to the ice, Kyrou inadvertently kicked Edler.

The Canucks managed to hold on for the 4-3 win without Edler, but the prospect of winning tonight is a heck of a lot better with him in the lineup. Only Quinn Hughes sees more ice time for the Canucks than Edler, who is averaging 23 minutes per game during the postseason.

The Canucks can advance to the second round of the Stanley Cup playoffs for the first time since 2011 with a win tonight. A loss would set up a do-or-die Game 7 against the defending Stanley Cup champs on Sunday.