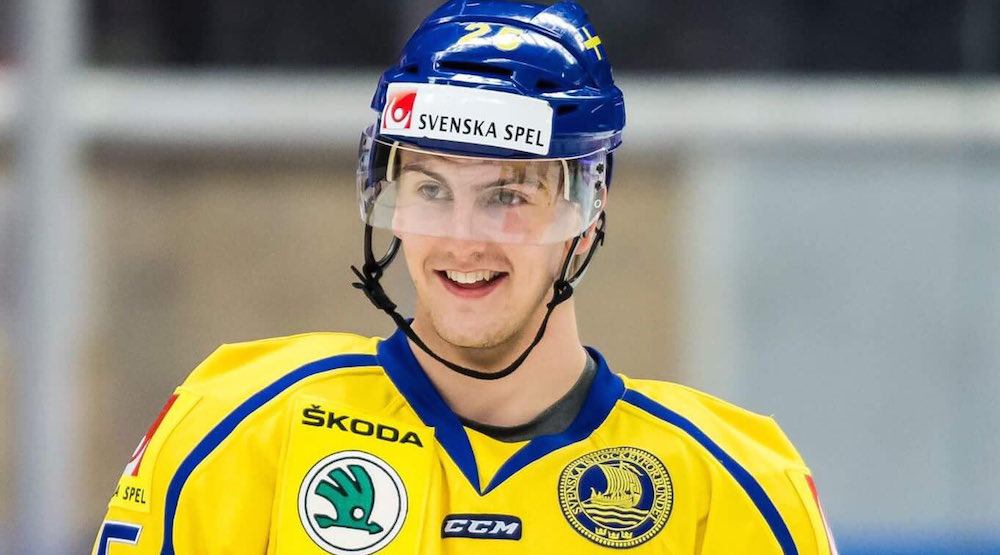 The Vancouver Canucks and Chicago Blackhawks are in hot pursuit of 25-year-old defenceman Philip Holm according to a report out of Sweden on Friday.

The Swedish rearguard, fresh off a gold medal win over Canada at the IIHF World Hockey Championships, will leave his team in the Swedish Hockey League reports Henrik Sjöberg of Expressen.

*UPDATE: Holm has officially signed with the Vancouver Canucks

Though he didn’t play in the gold medal game, Holm did suit up for seven games with Team Sweden during the Worlds. The only non-NHL defenceman on his team’s roster, he scored three points (1-2-3) in seven games for the eventual gold medal winners.

The 6-foot-2, 194-pound blueliner was never drafted in the NHL, and has never played for a team in North America. Holm has played five seasons in the Swedish Hockey League, with last year being his finest in his first year with Vaxjo HC.

The left-shot defenceman set career highs in goals (4), assists (17), and points (21), helping Vaxjo to the best regular season record in the SHL in 2016-17. He led all defencemen on his team in scoring, and led the entire league in plus-minus (+24), so a move to North America now makes sense.

Unfortunately for Vancouver, they appear to be in competition with one of the best-run franchises in the NHL for his services. But that could be an advantage for the Canucks too, as Holm could get more of an opportunity to play more meaningful minutes in Vancouver than Chicago.

Perhaps if he got to know fellow defenceman Alex Edler, his Team Sweden teammate, that could help Vancouver’s case?