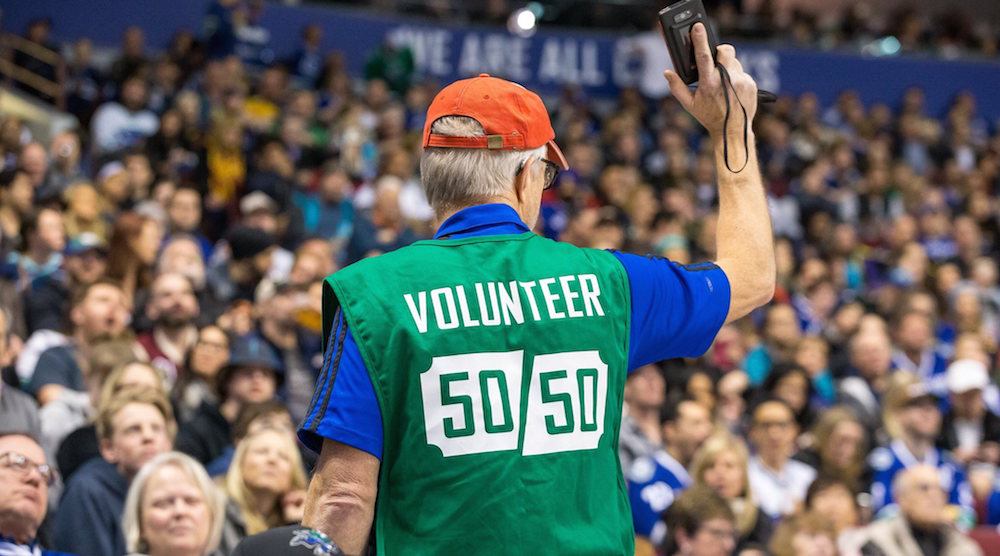 Good news for fans of the 50/50 lottery at Canucks games, as now you can play it every game – home and away – even if you’re not at the game.

Other than buying a ticket off someone yelling “THREE FOR FIVE! SEVEN FOR TEN!! EIGHTEEN FOR TWENTY!!!” you can get the same experience starting this season – with potentially bigger winnings – online at PlayNow.com.

What’s important to note about the online draw is that it will not affect the in-game 50/50 draw. The online 50/50, which is the first online partnership in Canada between a provincial lottery corporation and a charity, is completely separate from the draw at Rogers Arena. In other words, you could play both if you wanted.

Just like the in-game experience, proceeds go to the Canucks for Kids Fund. PlayNow.com does not profit on any of the sales. Core beneficiaries of the Fund include: Canucks Autism Network, Canuck Place Children’s Hospice, and the BC Children’s Hospital Foundation.

“Buying a 50/50 ticket at a hockey game has become part of the experience,” said Jim Lightbody, President and CEO of BCLC. “You probably only have to ask Tom Larscheid and John Shorthouse what that experience can be like.”

Indeed, Larscheid and Shorthouse, the play-by-play team for the Canucks on radio at the time, won the draw at a Canucks home game nearly 11 years ago. The audio of it is gold: