CF-18 fighter jets swoop in over the skies of English Bay during the Honda Celebration of Light on Saturday, August 5, 2017. (Gabriel Lam / Meimento)

There was a show of force over the skies of English Bay on Saturday night, but we’re not talking about the spectacular fireworks show put on by Team Canada.

Two fighter jets, CF-18 Hornets, from the air force base at CFB Cold Lake in Alberta swooped in at approximately 8 pm and made several flybys for the hundreds of thousands of people gathered at the beaches and parks around English Bay.

They used Vancouver International Airport as the staging ground before and after the flyovers. 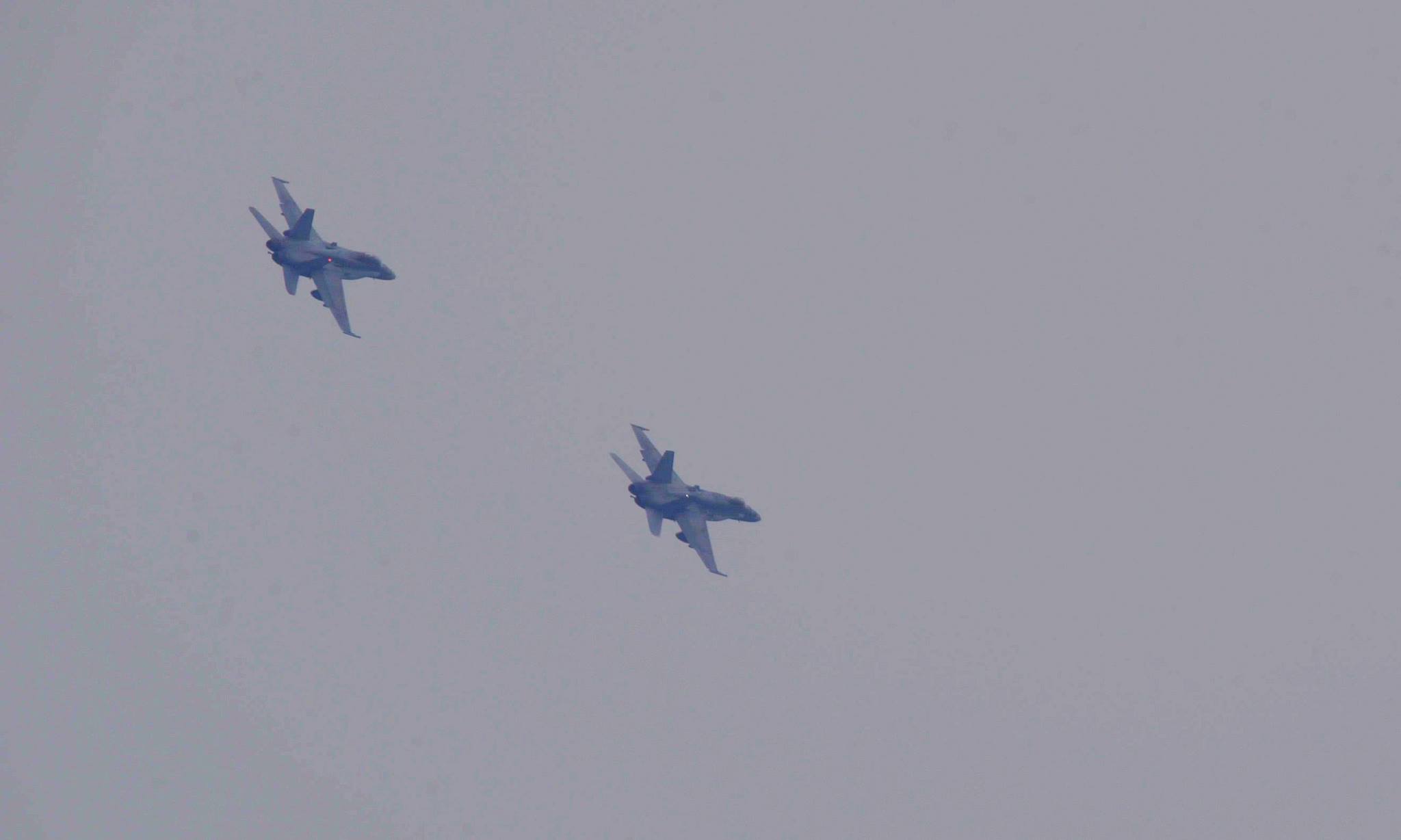 CF-18 fighter jets swoop in over the skies of English Bay during the Honda Celebration of Light on Saturday, August 5, 2017. (Gabriel Lam / Meimento)

According to Vancouver Mayor Gregor Robertson, the spectacle was made possible by MP for Vancouver South and Minister of National Defence Harjit Sajjan. It is all part of this year’s enhanced programming to celebrate Canada 150.

The winner for this year’s fireworks competition will be announced on Tuesday morning. The participants were comprised of teams representing Japan, United Kingdom, and Canada.

Aerial stunts before the @celeboflight