The provincial government says it is working with the Fraser Health Authority to develop a concept plan to renovate and expand Burnaby Hospital’s aging facilities.

A high-level master plan made over the last few years proposes a multi-phased project that could potentially cost up to $622.5 million to construct. It would increase the hospital’s bed space capacity from 295 beds to 500 beds to accommodate the demand from a growing population while also replacing some of the aging facilities, which were all built during the 1950s and 1970s.

The West Wing, the oldest part of the hospital site, will be demolished and rebuilt in phases so that portions of the building can remain operational during the construction phase. When all phases are built out, over 900,000 square feet of new and replacement hospital floor area will be created.

The creation of a concept plan will prioritize expansion priorities based on the hospital’s immediate needs, defining the scope and funding required for the project so that a business plan can be proposed.

“We are pleased to work with Fraser Health and build on plans for Burnaby Hospital,” said Richard T. Lee, MLA for Burnaby North, in a statement. “This is an integral step to a renewed hospital for our community and we’re excited to move this project forward.”

Burnaby Hospital’s Emergency Department (ED) is the second busiest in Fraser Health’s jurisdiction with over 70,000 visits recorded per year. With a growing population, particularly a growing regional senior population, it is anticipated that the number of ED visits will increase to 81,000 by 2020 and nearly 96,000 by 2030.

Records show that 58% of the hospital’s patients are residents of Burnaby, followed by 21% from Vancouver, Richmond, and the North Shore from.

“This is very exciting news for the patients and staff at Burnaby Hospital,” said Sheila Finamore, executive director, Burnaby Health Services and Burnaby Hospital. “Planning is already underway for a mental health zone in the emergency department and enhanced out-patient services to allow for better access to patients and better use of the space at the hospital.”

Over the past decade, approximately $36 million has been spent on capital projects and new equipment at the hospital.

Elsewhere in the region, two other hospital improvement projects are in progress or already planned. New Westminster’s Royal Columbian Hospital is undergoing a $259-million expansion that will include a new 75-bed psychiatry and substance abuse treatment centre. And in Vancouver, plans are moving forward to relocate St. Paul’s Hospital to a new $1.2-billion state-of-the-art facility at the False Creek Flats near SkyTrain’s Main Street-Science World Station. 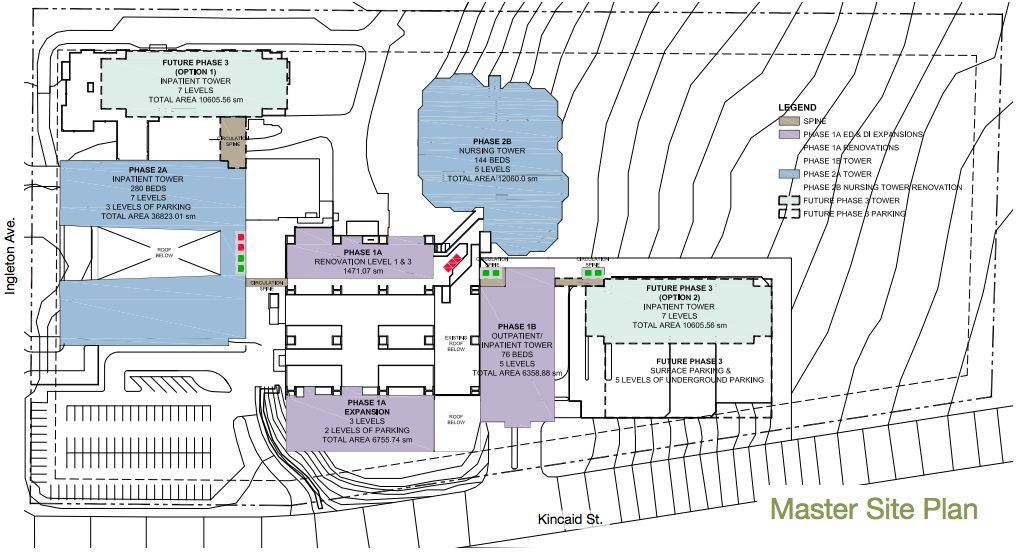