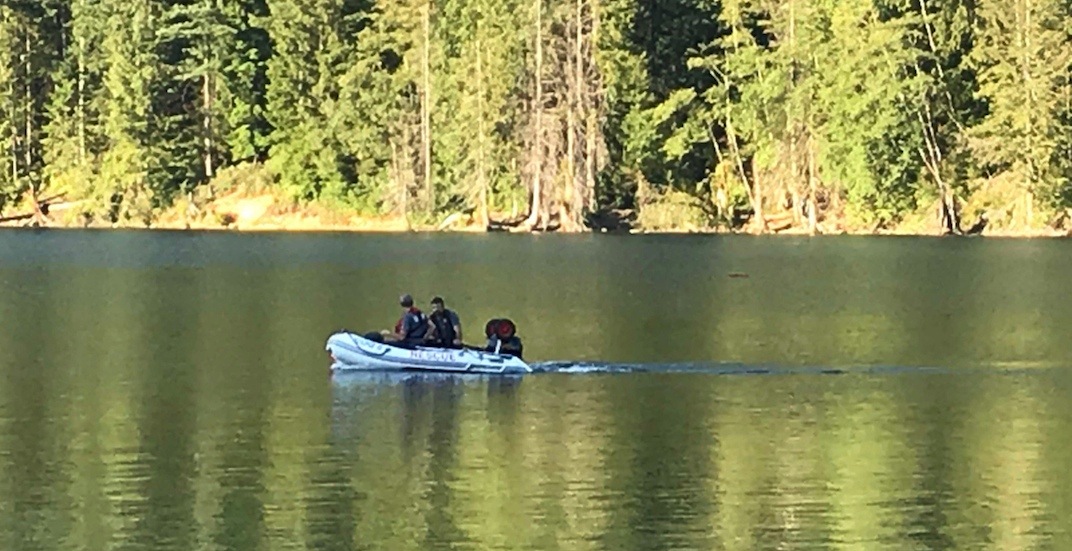 Search for a missing swimmer in Buntzen Lake on July 17, 2018. (Coquitlam Search and Rescue)

Coquitlam Search and Rescue (CSAR) are searching Buntzen Lake following a report of a missing male swimmer in the water body.

They were called to the lake today by Coquitlam RCMP at approximately 5 pm. At the moment, 20 members and two boats with the search and rescue team are conducting water and shorelines searches.

According to CSAR, if today’s missing swimmer turns out to be a fatality, this will be the seventh water-related death BC search and rescue teams have responded to in the past four weeks.

In late-June, rescuers found a deceased hiker, who died in a fall near a trail in the Buntzen Lake area. Just days later, three members with the High On Life collective fell to their death at Shannon Falls near Squamish.