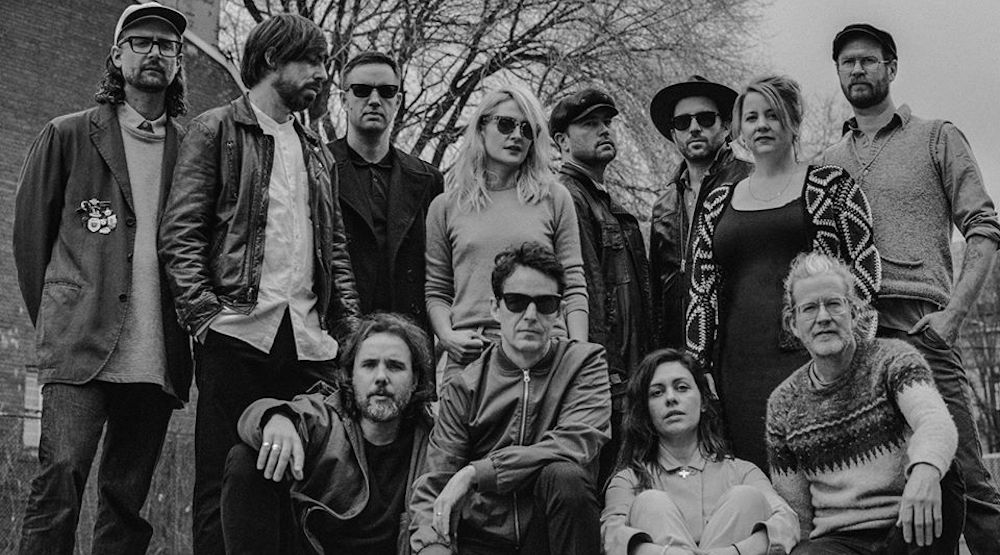 It’s going to be loud, it’s going to be new, and it may even be a little crowded onstage at the Commodore Ballroom when Broken Social Scene’s ensemble arrives to perform for their Vancouver fans.

The Toronto band is planning to stop by Granville Street to kick off their West Coast tour, which will accompany their soon to be released fifth album, Hug of Thunder.

Four of the album’s songs have already been released, with “Halfway Home,” “Hug of Thunder,” “Stay Happy,” and “Skyline” available for listening leading up to the album’s full release on July 7.

The show at the Commodore Ballroom is set for October 21, and tickets go on sale this Thursday. This will be the first time since 2011 that Broken Social Scene will be touring the West Coast, and they will be accompanied by Vancouver’s own The Belle Game.

The band has also partnered up with MusiCounts, and will be donating $1 from every ticket sale towards putting an instrument in the hands of a child.