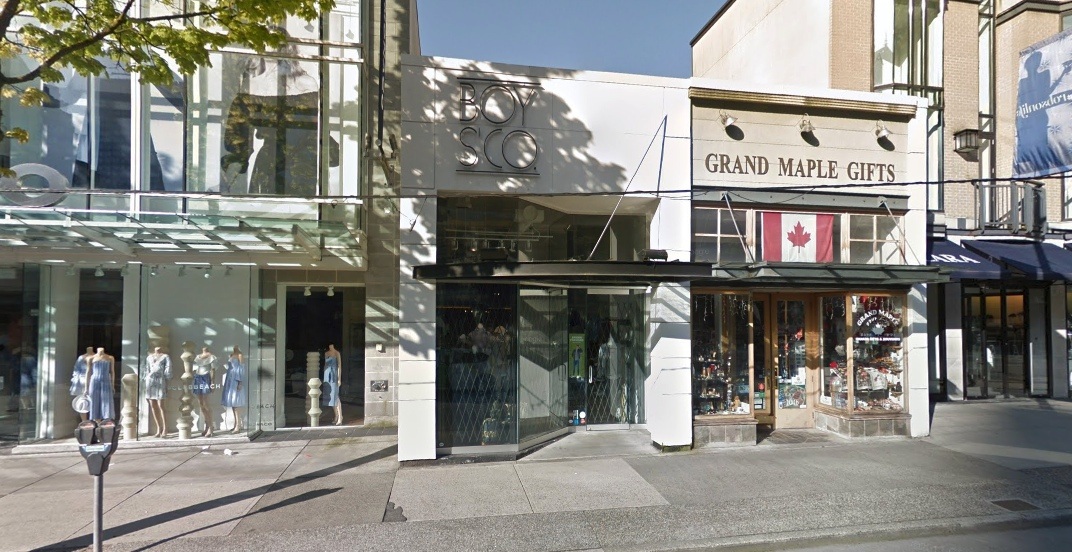 The exterior of the Boys'Co store at 1044 Robson Street, Vancouver. (Google Maps)

One of Robson Street’s longtime menswear retailers is closing its flagship location in downtown Vancouver.

According to Retail Insider, the Boys’Co store at 1044 Robson Street – located mid-block between Burrard and Thurlow streets – is set to close, as the locally-based company is planning to shift its flagship operations to a new 3,000-sq-ft store at Coquitlam Centre.

Boys’Co does not produce its own clothing, but rather it sells upscale, urban international men’s brands. It has stores at Metropolis at Metrotown, Guildford Town Centre, and Oakridge Centre, which was the company’s first location.

Later this year, UNIQLO will be opening a new 12,000-sq-ft store at Coquitlam Centre. With three other stores already established at suburban locations in the region, the Japanese retailer has yet to open a store in downtown Vancouver.