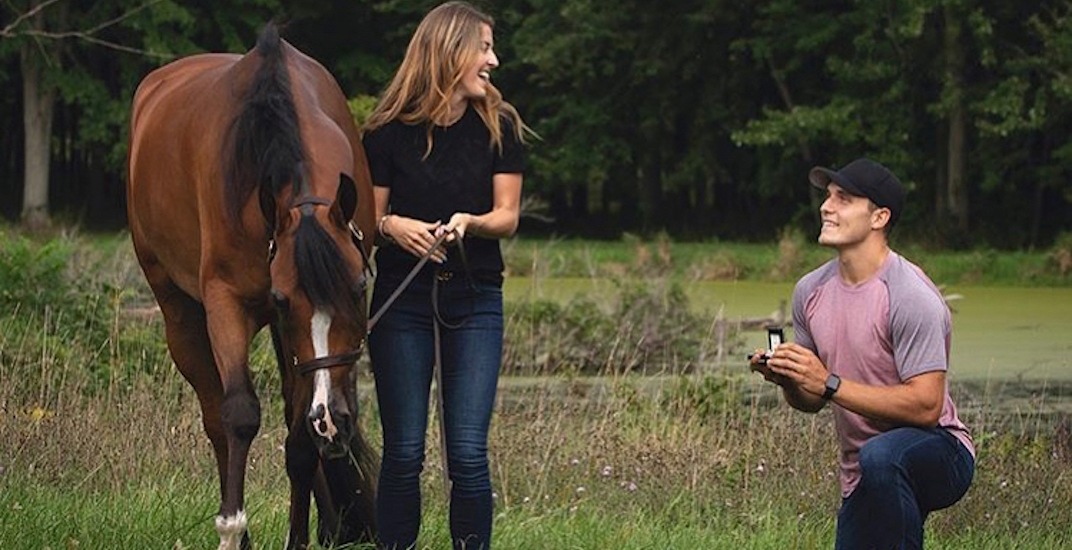 Bo Horvat is officially off the market.

The 23-year-old possible future captain of the Vancouver Canucks recently popped the question to his girlfriend of seven years Holly Donaldson, who judging by photos posted to social media recently, said yes. 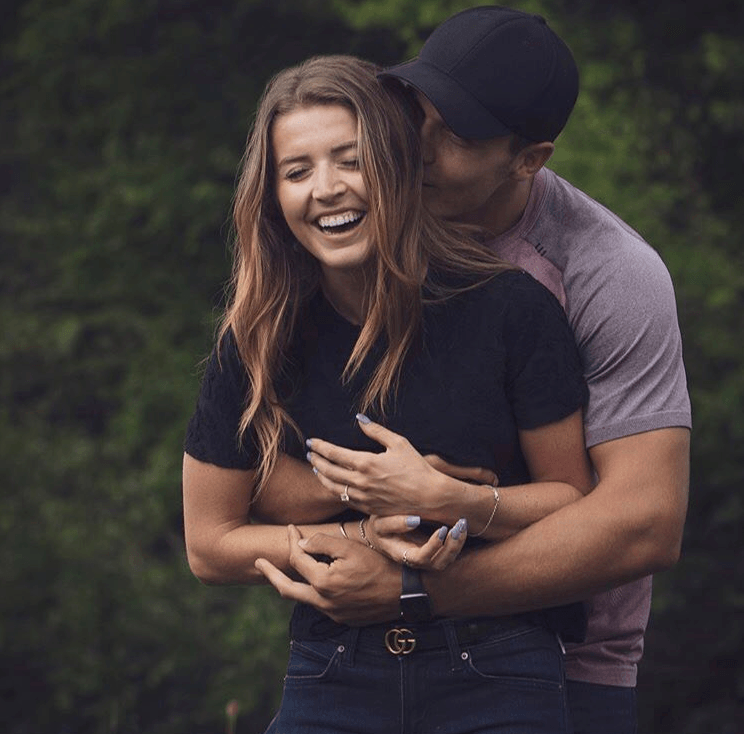 Holly is no stranger to Canucks fans, making regular appearances in Horvat’s Instagram feed for quite some time. The cute couple is often seen posing with their French bulldog Gus, and yes, he has his own Instagram account.

Holly competes in the sport of equestrian, which helps explain the appearance of a horse in their engagement photos. A two-sport athlete, she’s also an accomplished curler, competing at the BC Scotties Women’s Curling Championship in Victoria last January.

Bo and Holly met as teenagers in Ontario, where they both grew up.