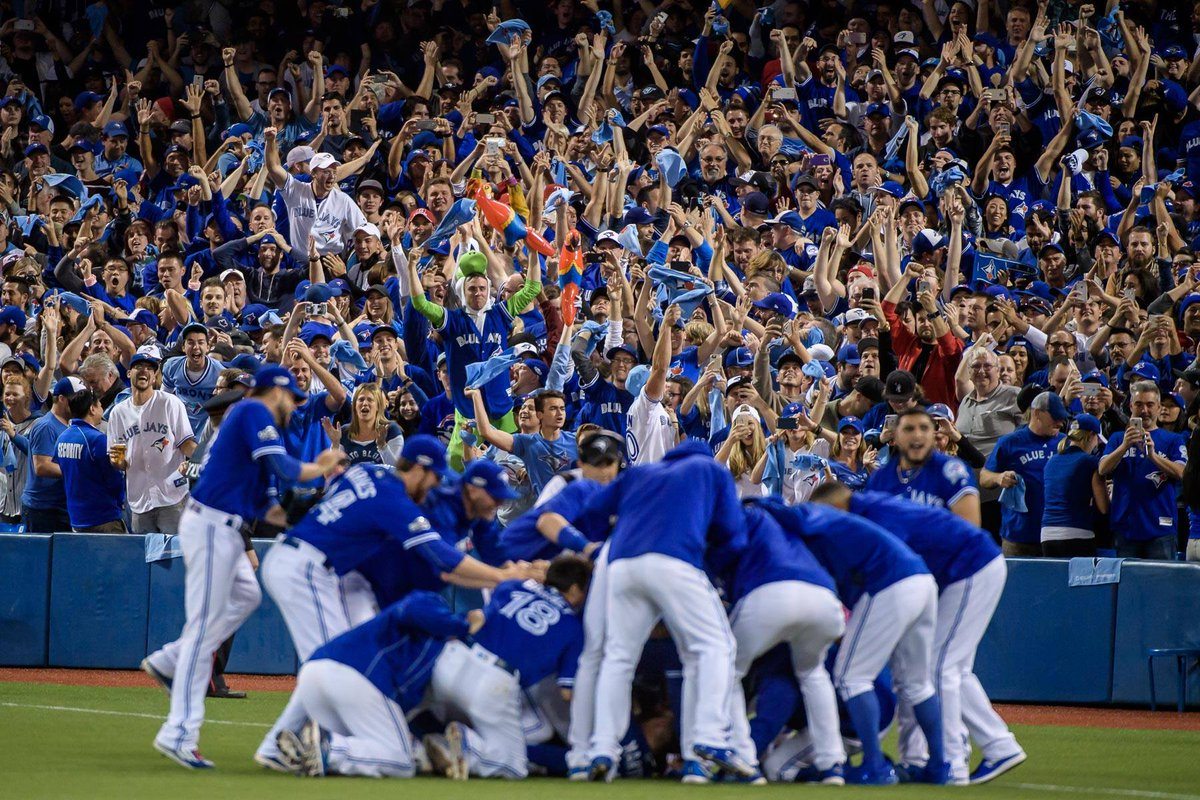 It’s not the dream match-up that Major League Baseball and TBS may have wanted, but Blue Jays and Indians fans are delighted that their teams swept their way into the ALCS, which gets underway Friday night in Cleveland.

Although it doesn’t have the David Ortiz retirement story that the east coast media was salivating for, one of the story-lines you will hear about is Mark Shapiro. The current Blue Jays president and CEO spent the first 25 years of his baseball career in the Indians organization, working his way up from player development all the way to team president. While he is only one year removed from his management role in Cleveland, the current iteration of the Indians is very much the homegrown team Shapiro helped draft and develop.

If anyone outside of Cleveland knows this current Indians squad, it’s Mark Shapiro.

This series will be an immense test for the Blue Jays as the Indians are a fundamentally sound team, that pitches, fields, and runs better than anyone the Jays have faced this postseason.

And still, the oddsmakers have the Blue Jays as favourites.

The Blue Jays have to consider themselves lucky, as an Indians excellent rotation was dealt a huge blow in September when Danny Salazar went down with forearm tightness and Carlos Carrasco was hit in the hand by a line drive. In their place, Cleveland’s playoff rotation will feature their ace, 2014 Cy Young award winner Corey Kluber and two relatively green 25-year-olds in Trevor Bauer and Mike Clevinger, with veteran right-hander Josh Tomlin sandwiched in between.

The Klubot will be a big test for the Blue Jays in front of a hostile crowd in Cleveland on Friday night.

Kluber is one of the games true workhorse starters, who struck out more than a batter an inning (9.5 K/9) with a WHIP of 1.06 in 2016 while pitching over 215 innings again for the third consecutive season. In his one playoff start against the vaunted Boston Red Sox offence, Kluber pitched seven innings of shutout ball while only allowing three hits. If the Blue Jays want to strike early and take Game 1, they are going to have to capitalize on any chances they get in the game since they likely won’t get very many. If they can carry over their approach and timely hitting from the Rangers series, stealing a game away from the Indians with Kluber on the mound would be quite the achievement.

If the Jays don’t manage to get to Corey Kluber in Game 1, on paper the Jays have a decided advantage when it comes to starting pitching in Games 2, 3, and 4 when Bauer, Tomlin, and Clevinger take to the mound for Cleveland.

Patience will be the key against Bauer and Clevinger as the two young, hard-throwing righties have a tendency to walk batters and give up some long fly balls. The veteran Tomlin, who is projected to start Game 3 at Rogers Centre, might be in for a rough ride come Monday in front of 50,000+ rabid fans. Tomlin gave up the third-most home runs in MLB in 2016 when he served up 36 round trippers.

Things to watch for

Indians manager Terry Francona has the luxury of having a great bullpen to make up for what he lacks in quality starting pitching beyond Corey Kluber.

Francona’s tactic so far this postseason has been to deploy shutdown lefty Andrew Miller for multiple innings at a time in the 5th and 6th innings if his starters struggle, as a bridge to their bullpen lead by standouts Cody Allen, Dan Otero, and Bryan Shaw.

It is a move that has worked out brilliantly for Francona so far.

If the Blue Jays can chase the Indians starters early and force Francona to use Miller early in games, it will help them considerably over the course of a seven-game series.

Fan favourite Russell Martin will have his work cut out for him as the Blue Jays starting pitchers try to stop Cleveland from taking extra bases at every opportunity.

The Indians led the American League with 134 stolen bases in 2016, and when they did run they were quite successful as they led the AL with a 81% success rate. Unfortunately for the Blue Jays, throwing out runners isn’t their strong-suit, as the team only threw out 19% of runners which placed them just ahead of Chicago for last in the American League.

The trio of Ramirez, Lindor, and Davis combined for 84 stolen bases. Jason Kipnis, who finished fourth on the team with 15 stolen bases, has more stolen bases than any Blue Jay.

3. The return of Devon Travis

While Ezequiel Carrera has been a revelation so far this postseason, the Blue Jays will need Travis back as the catalyst at the top of their lineup if they want to advance to the World Series.

The 25-year-old Travis has been out since game two of the ALDS with a mysterious knee ailment, has stated his knee is improving daily, but the team will wait and see how he responds to some fielding drills before making a decision on his status.

The Cleveland Indians hit the ball well, they run better than anyone the Blue Jays have faced, and they play very efficient defence. If the Blue Jays want to win this series and exact some revenge on the city of Cleveland for eliminating the Raptors in the NBA conference finals last spring, they are going to have to jump on the Indians starting pitching early.

They’ll also need bounce-back performances from Aaron Sanchez and JA Happ, who struggled in their starts in the ALDS, because it doesn’t look like they are going to be able to stop Cleveland from running once they get on base.

This series will be a true test to see if John Gibbons can keep making the right decisions and keep his finger firmly on the pulse of the team. The Jays seem to have an advantage with regards to starting pitching, but if the 2016 playoffs have taught us anything is that even the best starters can let you down.

If and when this happens, it falls to the manager to make the right moves with the bullpen to help stop the bleeding until the offence can make up the lost ground.

Who do ya got?