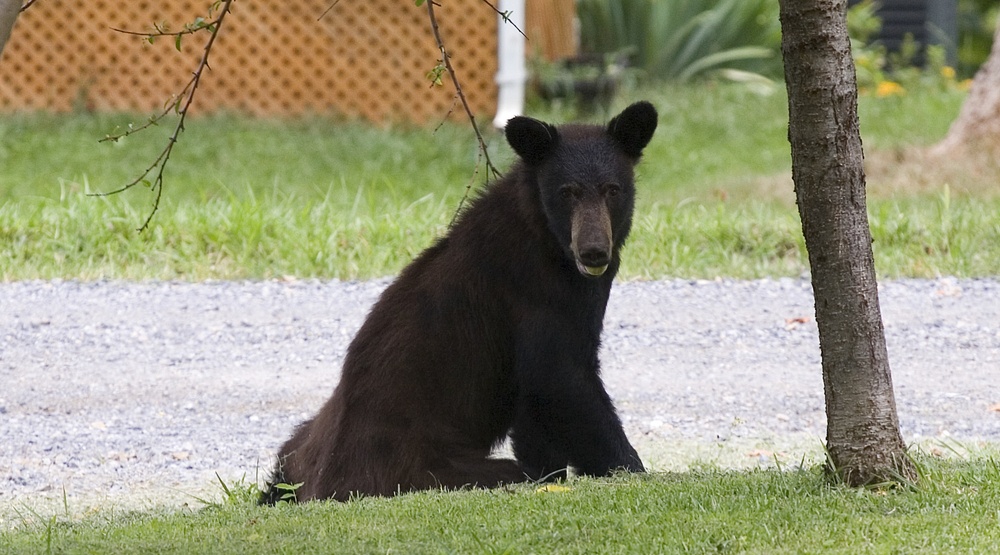 Every year, large numbers of bears are destroyed in BC, as a result of conflicts between people and bears.

And with the spring weather bringing bears out out of their winter hibernation, and in search of food in lower-elevation, snow-free areas, those conflicts can increase if proper precautions are not taken.

“It is everyone’s responsibility to ensure bears don’t have to be destroyed for public safety,” said Mike Badry, a wildlife conflict manager with the BC Conservation Officer Service.

Badry told Daily Hive that the most effective way to reduce human-wildlife interactions is to secure food attractants, such as garbage.

“Human garbage accounts for the majority of reports concerning bears in communities, followed by fruit trees and berries,” he said. “Other strong attractants for bears include bird feeders, pet food, compost, backyard chickens/chicken feed, and beehives.”

Badry explained that attractants like these can be mitigated though, and communities where attractants are managed properly (known as Bear Smart communities) have seen significant declines in bear conflict calls, and the number of bears destroyed.

But situations between bears and humans can – and do – still happen in neighbourhoods. Just this week, a bear was euthanized in Burnaby, while another was recently seen in an East Vancouver neighbourhood.

However, there are steps people can take to lower the risk to both themselves and the bear in these situations.

“If residents spot a bear, they are advised to remain calm, keep away from the bear and bring children and pets indoors, if possible,” said Badry. “People should never approach a bear and should not run from it, as bears can move very quickly.”

Once a bear has left the area, he added, residents should check their yards to ensure there are no attractants available.

Badry also offered a number of ways to minimize or get rid of possible bear attractants.
These include:

Anyone who witnesses or encounter a bear, cougar, wolf, or “threatening wildlife” in their neighbourhood is asked to call the Conservation Officer Service 24 hour reporting line at 1-877-952-7277.