New BC Premier John Horgan has finally introduced a throne speech to the Legislature, to test the confidence of the house and see if his minority government can continue.

The speech, which outlines the BC NDP’s intentions as government, was read by Lt.-Gov. Judith Guichon, the Queen’s representative in BC.

It echoed a lot of the BC Liberals’ previous throne speech back in June, which itself emphasized plans proposed by the BC NDP and BC Greens during the election campaign.

However, speaking to the assembled legislature, Guichon began by paying tribute to those fighting the wildfires in the BC Interior, in the worst wildfire season BC has ever seen.

Her introduction also emphasized the tragedy of BC’s opioid crisis, and highlighted the challenges of the lack of affordability in Metro Vancouver.

Among the plans the BC NDP government then included in the throne speech, was a promise to hold a third referendum on proportional representation.

As well, Guichon said, the BC NDP government would ban corporate and union donations to political parties, limit personal donations, and ban donations from outside BC.

The BC NDP would also move the next election date to fall 2021, “to make sure government’s annual budget…is about people,” rather than the election.

The speech also promised the implementation of a poverty reduction strategy, sicne BC is the only province currently without one.

Meanwhile, people with disabilities would also get assistance with transportation, including a free bus pass if they want one.

Guichon went on to say a BC NDP government would reduce and eliminate MSP premiums. As well, a renewed Human Rights Commission would be established. 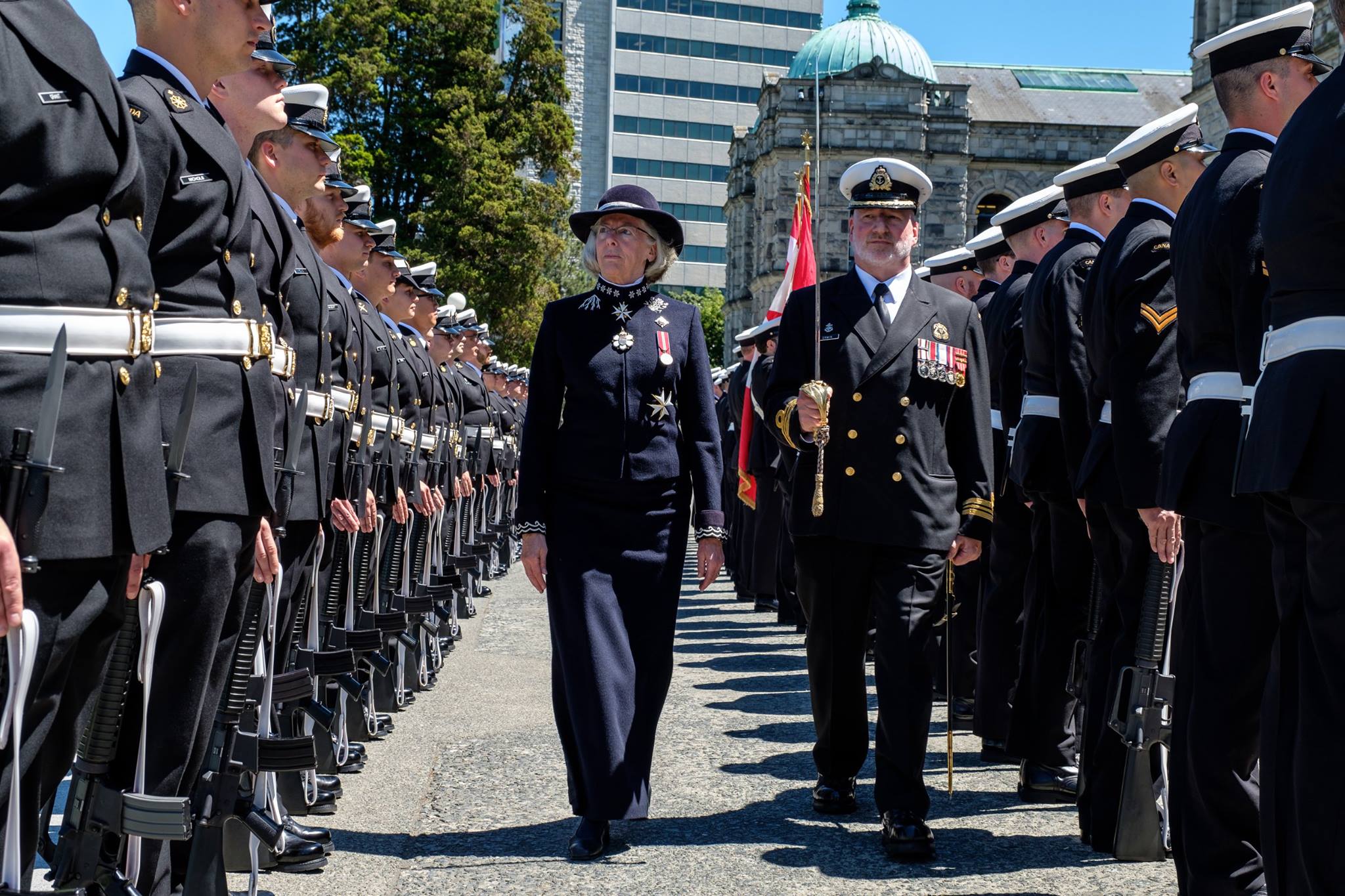 Lt.-Gov. Judith Guichon inspecting troops before the speech from the throne (The Honourable Judith Guichon, Lieutenant Governor of British Columbia/Facebook)

On affordability, Guichon said, a BC NDP government would establish a fair wages commission with the goal of delivering a $15/hour minimum wage.

The BC NDP government will also remove tolls on the Port Mann and Golden Ears Bridge.

As well, the new government would deliver a comprehensive housing strategy, increasing supply and curbing speculation.

For renters, said Guichon, the government would prohibit landlords from skirting rent control protections when leases end and give the residential tenancy branch more support.

The BC NDP government would also work with First Nations, to address all of the recommendations made by the Truth and Reconciliation Commission.

In a release, Horgan effectively blamed the BC Liberals for many of the challenges in British Columbia today.

“The problems facing people today are the result of past choices, where only a few benefited while families fell further behind,” said Horgan.

“Our government will focus its decisions and actions on making life better for people to help families get ahead.”

Horgan said his party was looking at a new way of doing politics and would be putting the framework in place to do that.

“Much of our work this session will focus on legislation that transforms government – getting big money out of politics, clamping down on lobbyists, and making sure the vote of every British Columbian counts,” said Horgan.

The legislature has now adjourned until Monday, when a period of debate – up to four days – will likely begin, before a vote is held and BC finally knows if the BC NDP are staying.

According to convention, if the throne speech passes, John Horgan is said to have “the confidence of the house” and can continue as Premier.

It is widely expected the throne speech will be passed; while the BC NDP do not have a majority in the legislature, they do have the support of the BC Greens.

In recognition of the BC Greens agreement to support the minority government, the throne speech also promised to create an Innovation Commission.

The commission was a key promise of the BC Green Party, intended to encourage new investment in the technology sector across the province.

The BC NDP government so far

And in the month since Horgan was sworn in as BC Premier, his government have certainly been making an impact.

In August, the new provincial government announced its plans to fight the the Kinder Morgan Trans Mountain pipeline expansion through Burnaby.

It also announced plans to raise the minimum wage to $15 per hour by 2021, and set up a Fair Wages Commission, as part of the deal with the BC Greens.

And in September, it announced ICBC basic rates will increase 6.4% this year, as it brings in several changes aimed at boosting the corporation’s coffers.

Meanwhile, Horgan was sued for defamation by Gordon Wilson, the liquefied natural gas advocate under the BC Liberals, who came under fire from the new BC NDP government.

And in other provincial political news, BC ended its 2016-17 fiscal year with $2.7 billion surplus, audited financial statements showed.

The (hopefully) final episode in this season of BC’s game of thrones comes almost four months after the BC election in May.

The close results left parliament hung; the BC Liberals had 43 seats, the BC NDP 41, and the BC Greens 3. 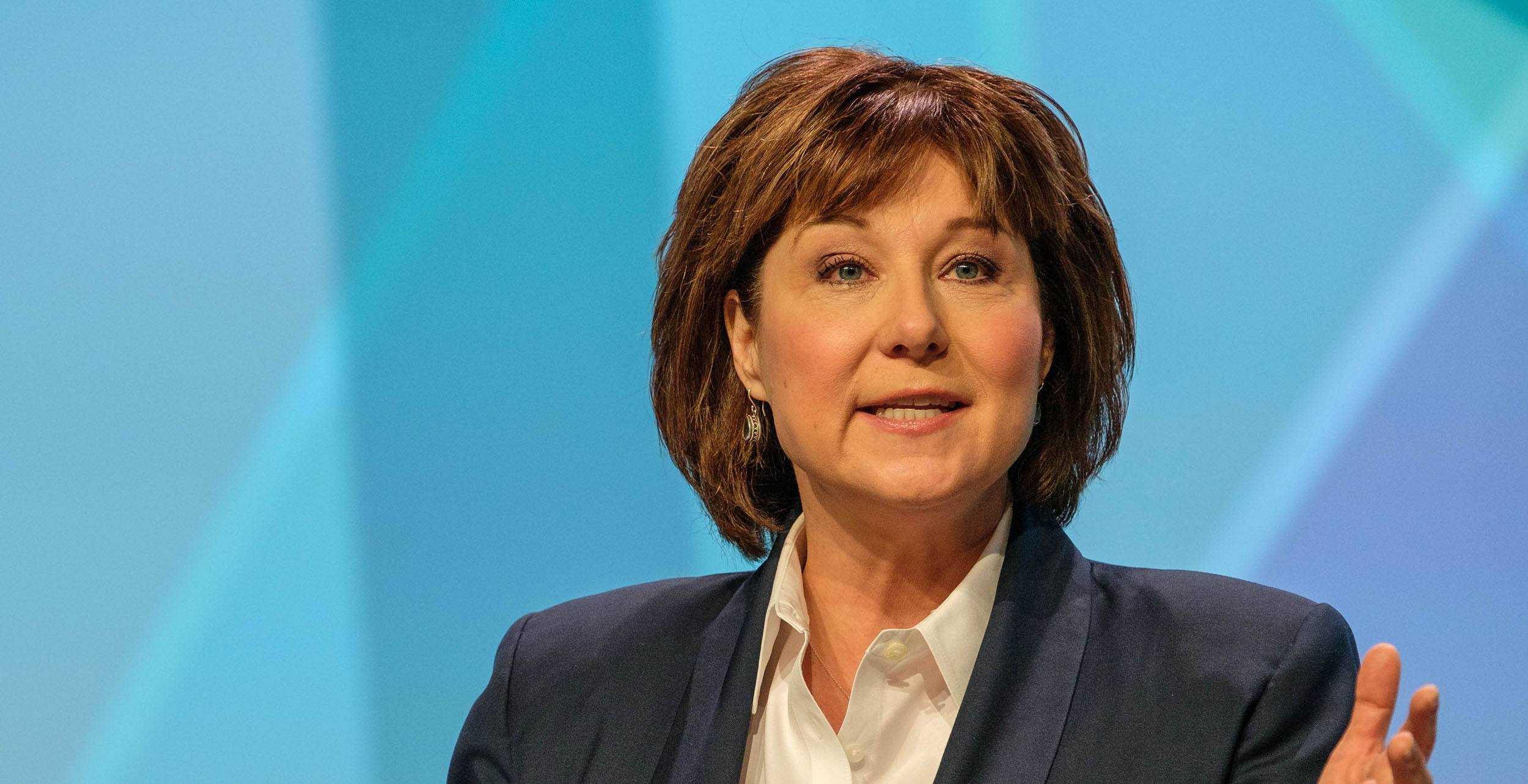 End of an era for BC Liberals

Despite vocal opposition from the BC NDP and NC Greens, in June, Clark and her cabinet were sworn in by Guichon, and presented their throne speech and budget.

But after days of debate, on June 29, a motion of non-confidence in Clark and her government, introduced by Horgan, passed.

According to convention, this meant Clark had to resign as Premier, and 16 years of provincial rule by the BC Liberals finally came to end.

That night, Guichon asked Horgan to form a minority government, and on July 18, he was formally sworn in as the next BC Premier.

Later in July, Clark resigned as leader of the BC Liberals, vacating her seat in the Legislature, which is yet to be filled.

Former Surrey Mayor Dianne Watts, currently Conservative MP for South Surrey, is favoured to replace Clark as leader of the BC Liberals, according to a new survey.

And on Friday morning, ahead of the throne speech, BC Liberals MLA Darryl Plecas was elected to become Speaker of the Legislative Assembly.

The Speaker is neutral, and only casts a vote on bills in the event of a tie, and Plecas’ appointment to the position is being seen as somewhat of a defection.

Significantly, Plecas’ move to the role leaves the BC NDP and BC Greens with a joint majority of three MLAS over the BC Liberals.

Meanwhile, it has taken nearly a month for Horgan to introduce his throne speech. Now we must wait up to four days to see if this really is the season finale.