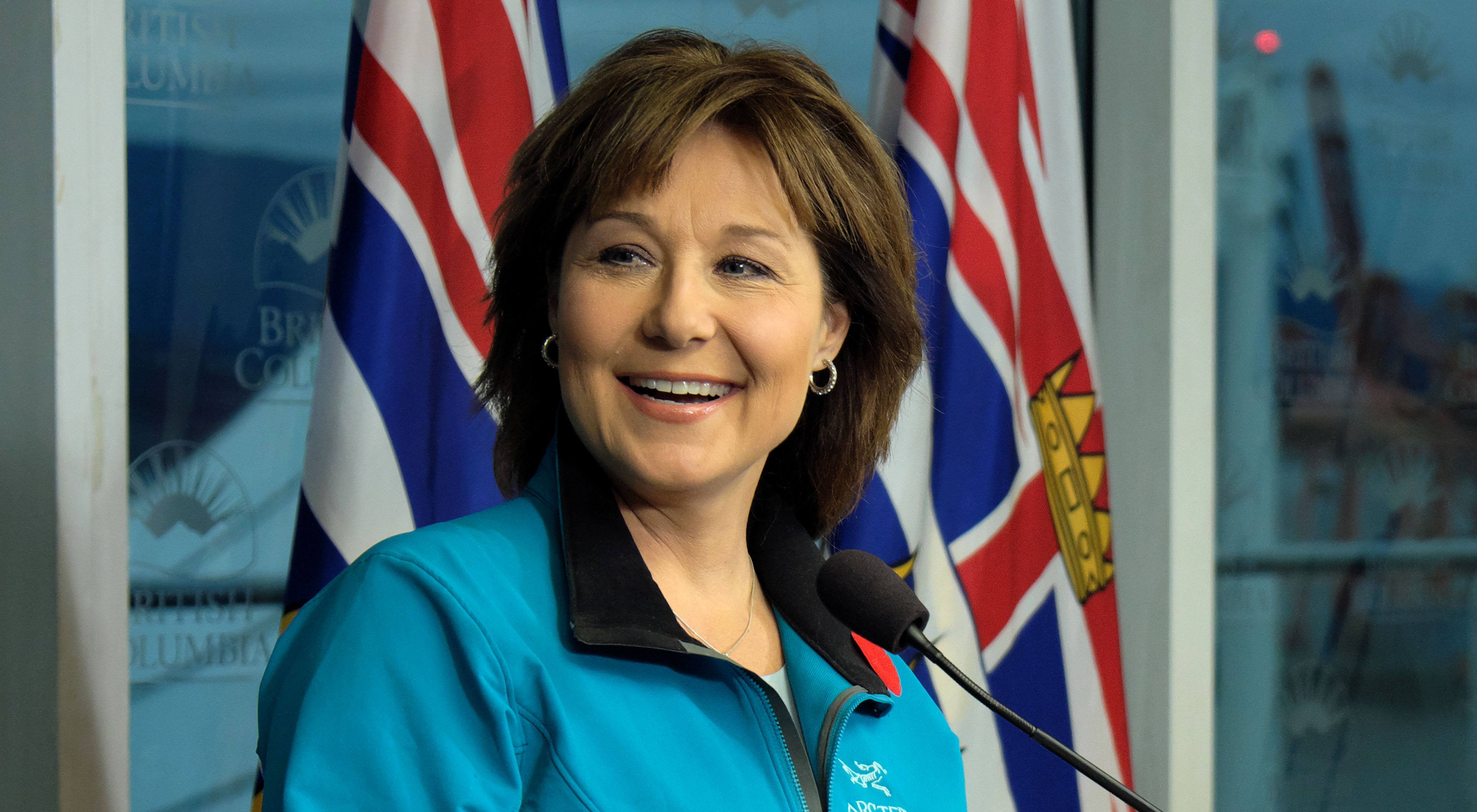 BC Premier Christy Clark met the Queen at Buckingham Palace, London on Tuesday, to receive an award recognizing the province’s work to preserve the Great Bear Rainforest.

Speaking to Daily Hive immediately after the reception, Clark said she spoke to the Queen and the Duke of Edinburgh briefly and both thanked her for BC’s contribution.

“She thinks of British Columbia as part of the family. So I think she was proud of our province as a member of her family.”

The Queen’s Commonwealth Canopy was founded in 2015 to unite the Commonwealth’s 53 countries and 2.3 billion citizens in conserving forests for future generations.

The award comes just two months after Prince William and Catherine, Duchess of Cambridge visited the Great Bear Rainforest on their tour of BC.

The royal couple officially admitted the rainforest into the Queen’s Commonwealth Canopy, and Clark announced the establishment of a $1 million trust to help conserve the forest.

The Great Bear Rainforest Education and Awareness Trust will go towards a number of initiatives, including creating student resources, raising public awareness, and research. 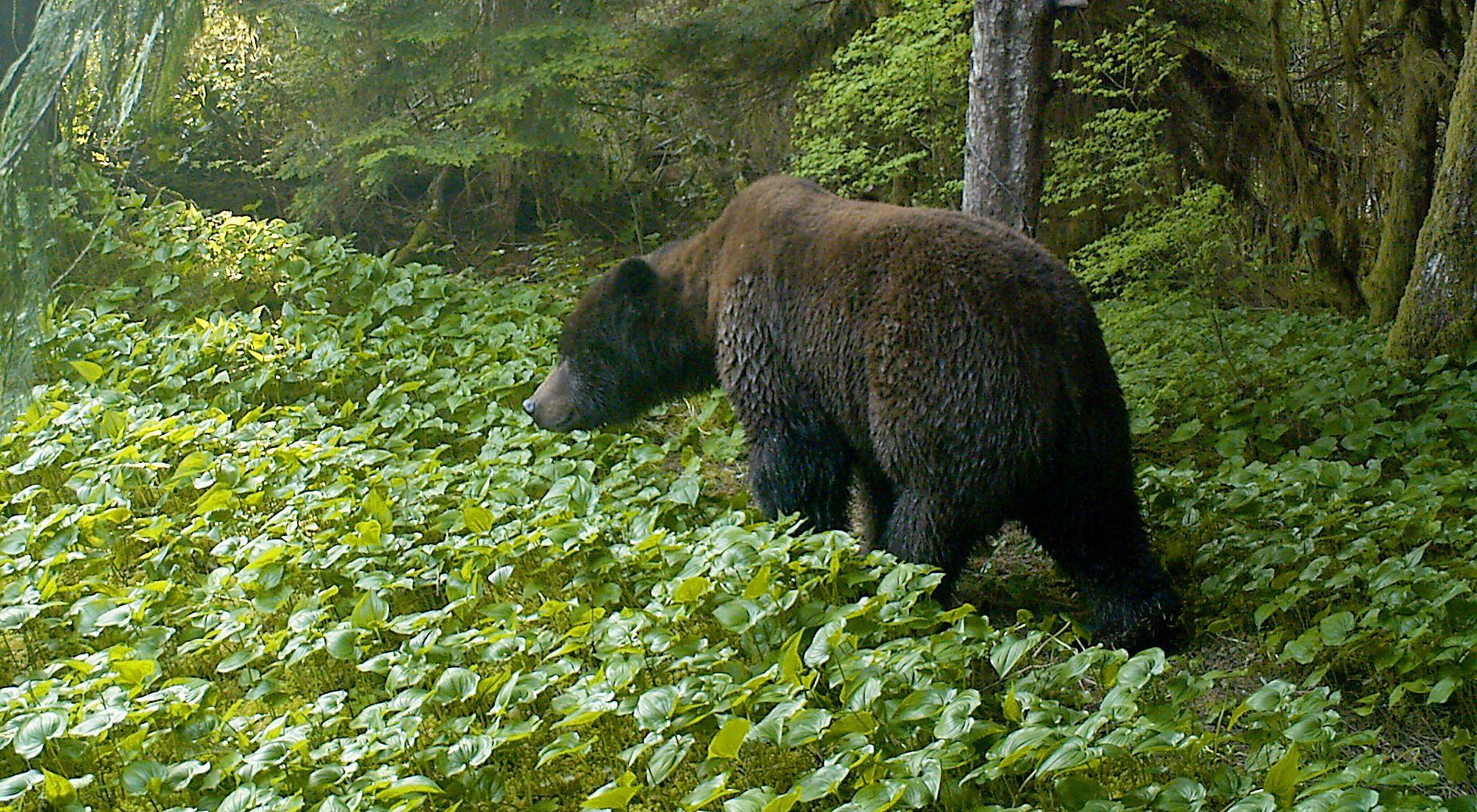 This grizzly was picked up via remote camera on conservation lands in Rivers Inlet in the Great Bear Rainforest. (Nature Conservancy of Canada)

‘The Queen is a hero’

Clark paid tribute to the Queen’s promotion of the preservation of forests around the world, even as she turns 90 years old.

“The Queen is a hero for a lot of women because she has so fiercely defended the Crown, she’s such a determined fighter,” said Clark.

“She doesn’t have to work and the woman is working like there won’t be a tomorrow. She’s just such an impressive woman.”

Clark was joined at the reception by Canada’s High Commissioner to the UK, as well as high commissioners and leaders from the 19 other countries.

That included British Foreign Secretary Boris Johnson. Johnson rose to global notoriety as Mayor of London and played a huge role in the pro-Brexit campaign.

‘This is our chance’

Earlier in the day, Clark also met with business leaders at a round table to discuss potential opportunities in the province, focusing on BC’s trade relations post-Brexit.

Clark says she sees British Columbia bringing talent and investment over from Britain when the country leaves the European Union.

“After Brexit, Britain needs to forge new trade alliances outside the EU,” said Clark. “This is our moment to get on the radar, this is our chance to pounce on a new opportunity for jobs.”

“We really want to take advantage of the opportunity as fast as we can.”

Clark said the day summed up what the Great Bear Rainforest really stands for – protecting the environment and creating jobs, and telling the world that it is possible to do both.

Together with First Nations, environmental groups and forest companies, Clark says, her government tried to balance environmental and economic needs.

Ultimately, agreements on managing the Great Bear Rainforest were reached between the province, Coastal First Nations and Nanwakolas Council, based on advice from three environmental groups and five forest companies.

‘Bit of a mischief’ 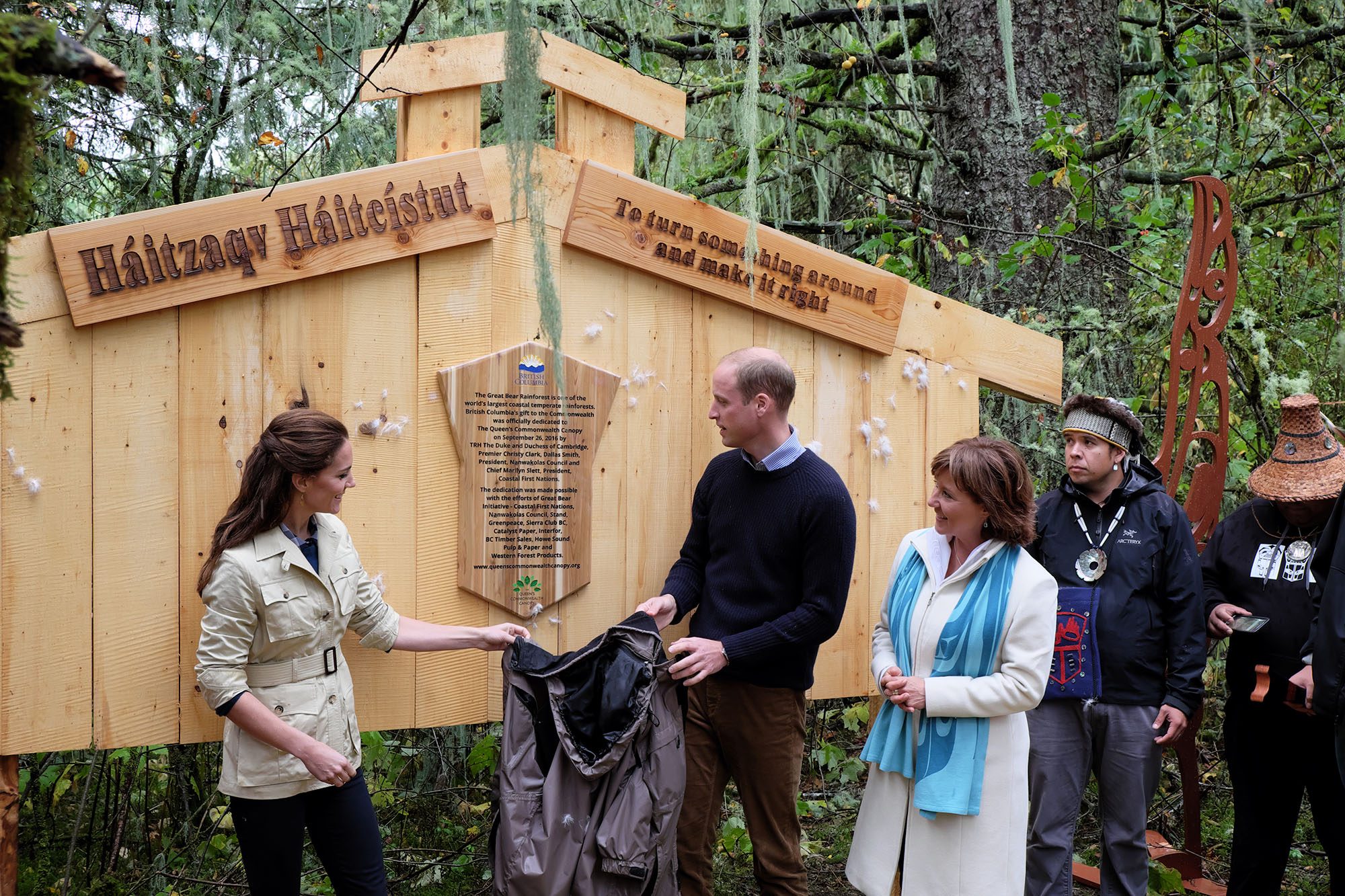 As for her day in London, said Clark, it was joyful to meet the Queen, the Duke of Edinburgh and Princess Anne, especially after meeting Prince William and his family in September.

“Her Majesty said, ‘Oh, you got to meet my grandchildren!’ I told her they were very well behaved,” said Clark.

“She looked at me with a kind of twinkle in her eye. Prince George doesn’t have a perfect reputation for being well behaved. Bit of a mischief, that kid.”

Clark says she hopes the Queen will be able to visit British Columbia next year to celebrate Canada’s 150th birthday.

“She certainly seems absolutely, 100% switched on. It’s amazing how attuned she is to everything that’s going on at her age. She’s a formidable woman.”