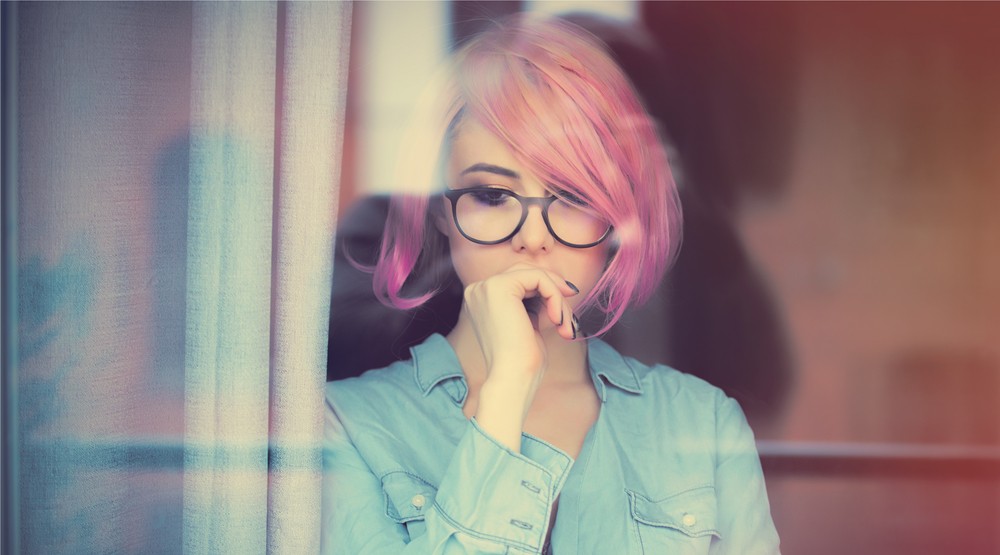 It’s no secret now that BC home prices have left young people’s earnings behind.

My Gen Squeeze research lab at UBC has shown that the gap between our full-time earnings (if we’re lucky enough to land jobs that aren’t precarious) and home prices is now so large that BC has become the worst economy in Canada for younger generations.

This means that British Columbians in our 20s, 30s and early 40s have lost out on the rewards from years of hard work when it comes to saving for a home.

While the infographic below may appear “partisan”, it’s not intended that way.

It’s just fulfilling the obligation that academics have to report what Statistics Canada, the Canadian Real Estate Association and other high quality data show has been happening in BC over the last four decades, and under which party’s watch. (Note, we observe a correlation, and don’t attribute causation). 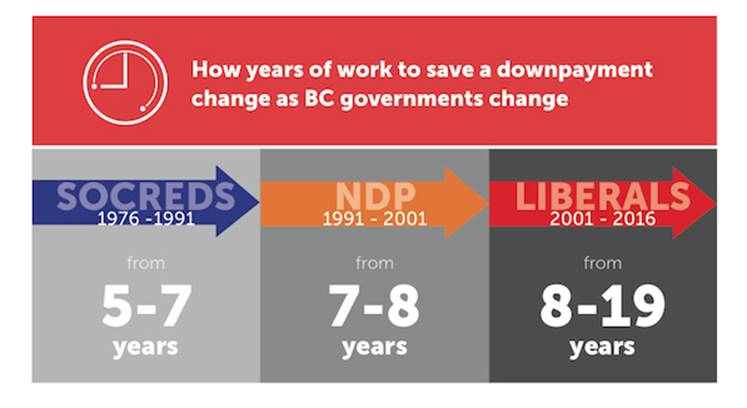 We’ve made this one of the BIG issues in the election. For example, housing affordability was the first question asked in the only televised leaders’ debate.

We have encouraged all parties to embrace the principle of “Homes First. Investment Second.”

This principle reminds us that the primary purpose of the housing market is the efficient supply of suitable homes that are in reach for what typical people can earn.

It’s fantastic if people can make a return on their housing investments, but those returns must now be a secondary consideration to first keeping homes in reach.

Of the three parties, only the BC Greens explicitly endorsed this Homes First principle.

All three parties commit to spend more on housing, and they are all in the same ballpark in terms of proposed levels of investment (with the BC NDP and BC Greens investing somewhat more than the BC Liberals).

These commitments are important, especially to preserve and grow the existing stock of social housing that costs less than prices set by the market.

What the parties need to do

At the end of the day, the parties can’t spend their way to making housing affordable for younger generations. The public investments for which they budget in their platforms won’t even add 1% to the stock of existing homes.

To keep home prices in reach, the parties need to correct market failures by:

Where the parties stand

Here’s where the three parties stand on these three issues:

In keeping with the Gen Squeeze recommendation that the province incentivize municipalities to increase supply by changing zoning, the BC Liberals commit to “a performance-based approach in providing provincial assistance,” and “using incentives to reward jurisdictions for achieving efficiencies and target outcomes.” That said, the BC Liberals don’t refer specifically to zoning problems.

The BC NDP speaks generally to adding density, especially around transit hubs, but makes no specific reference to zoning, or creating incentives to reward municipalities that add density urgently.

The BC Green Party commits to “lead a comprehensive rethink of zoning.” It’s the only party to refer specifically to revising zoning, but it’s not clear what incentives, if any, they would use to encourage municipalities to add supply urgently and efficiently.

The BC Liberals will stick with what they’ve already done via the foreign buyers’ tax in Metro Vancouver, province-wide changes to the property transfer tax, and changing legislation to permit cities to tax vacant homes. Real estate data show that home prices have continued to leave behind young people’s earnings since the Liberals introduced these changes.

The BC NDP will add a new tax – an annual levy on vacant homes that is equal to 2% of the home value. It’s expected to collect around $200 million per year in revenue. By comparison with other revenues sources, that’s not much. So the impact of this policy proposal to rein in home prices is unlikely to be dramatic.

The BC Greens propose the boldest changes. Of the three parties, they are the most serious about using tax policy to ensure home prices no longer leave young people’s earnings behind, and thereby make life more affordable for younger British Columbians.

We don’t often think that taxing something will make it less expensive, because a government levy adds cost on top of the market price.

But historically, Canada has been sheltering housing wealth from taxation in ways that other assets are not sheltered.

This has increased demand for housing, and led to higher prices in the real estate market that make life unaffordable for younger generations.

Eliminating outdated policies that shelter housing wealth from taxation is an important tool to slow down the rise in home prices, while also raising revenue to invest in building housing supply, child care, health care, etc.

The BC Greens appear most committed to change outdated housing tax policies.

Yet in doing so, one might charge the BC Greens with embracing almost every new tax policy proposal that has been featured over the last year by thought leaders.

This leads to questions about how the policies will interact, whether they cohere together in a comprehensive way, or whether there is some duplication.

Levelling the playing field between renters and owners

The BC Liberals are going with the status quo.

The BC NDP and BC Green parties propose similar changes to the Residential Tenancy Act, to promote security of tenancy for renters who have faced loopholes that result in dramatic rent increases or evictions.

The BC NDP also proposes a $400 annual credit for renters. While this change won’t fundamentally make rent more affordable by comparison with the past, it does recognize that renters don’t benefit from a tax break that home owners receive through the home owners grant. This commitment to fairness in public subsidies between owners and renters is a laudable policy change.

‘Hard work can and should pay off’

New polling shows that three-quarters of British Columbians now agree that BC’s economy fails younger generations so long as it allows home prices to leave behind our earnings.

The good news is… it doesn’t need to be this way. Hard work can and should pay off more for younger British Columbians.

Adapting housing policy is at the centre of what we need a new provincial government to do to make hard work pay off once again for us.