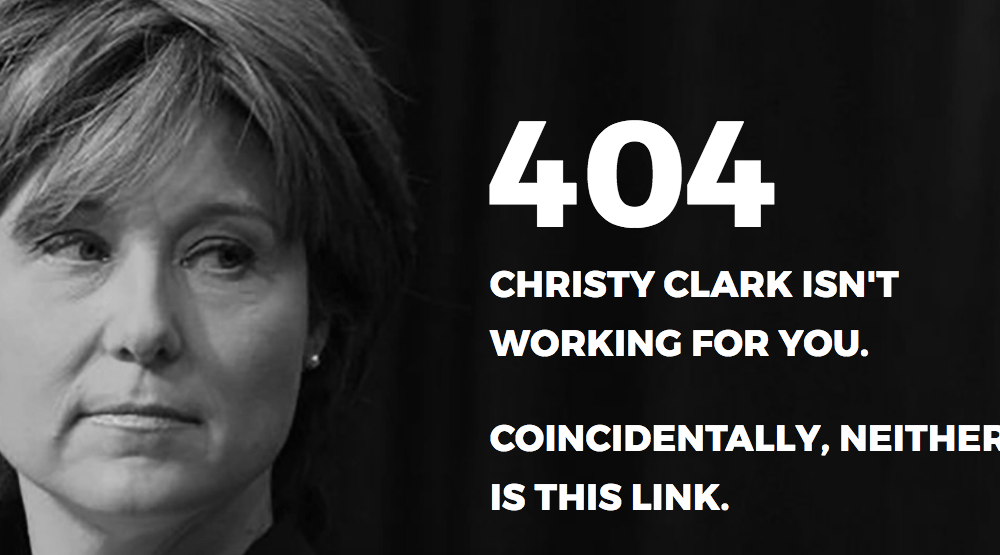 The 2017 BC election campaign officially kicked off today, and the NDP has come out swinging on their website.

Amidst the various links that inform voters about who the party leader John Horgan is, what the party’s platforms are, and how to get involved in the campaign, there’s this gem, which takes direct aim at BC Liberal Party Leader, Christy Clark:

It remains to be seen what – if anything – the BC Liberal website will feature in response to this.

The deadline for registering to vote online or by phone is today. Alternatively, you can register when you head to the polls to vote.

The election campaign will last 28 days, with the election taking place on May 9.