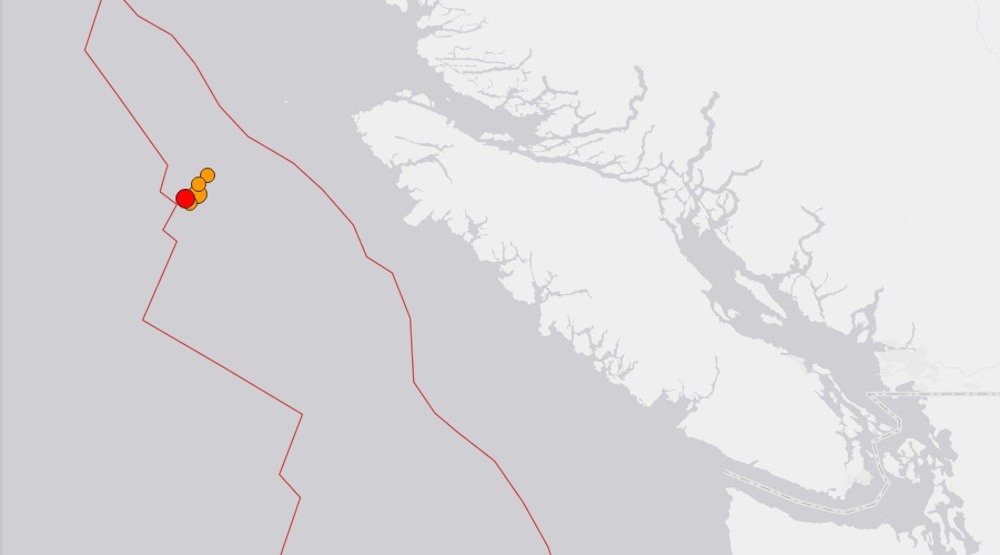 British Columbia has experienced its second earthquake over a magnitude of 5 today and its fifth earthquake overall since a series of seismic events began this morning.

A preliminary earthquake report issued by the US Geological Survey this evening indicates a magnitude 5.7 seismic event shook the ocean floor just off the west coast of Vancouver Island at 7:13 pm PST. The tremor was located within the same vicinity of the other four earthquakes and at the same shallow depth of 10 km.

No damage can be expected given the mid-scale magnitude and distance of the epicentre, located 194 km west-southwest of Port Hardy, but had it been closer to a major population centre damage would have been possible. A tsunami warning has not been declared.

The earthquakes that occurred on Friday as of writing time are as follows:

The epicentres of the earthquakes were on the western side of the Explorer Plate, where it borders the Pacific Plate. Each earthquake occurred within approximately 10 kilometres away from another event that occurred today.

Many of BC’s earthquakes in recent years have occurred within this area where the Explorer Plate is pushed by the Pacific Plate, forcing it to subduct under the North American Plate.