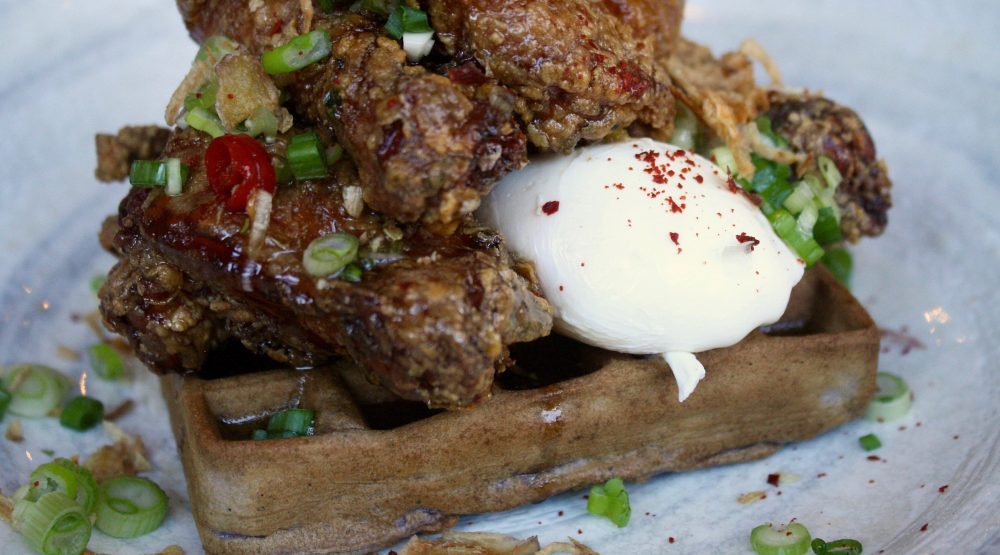 We’re taking a tasty tour of Vancouver’s many brunches to create The Ultimate Vancouver Brunch Guide. This week we’re digging into a spicy, Filipino tapas brunch spread at Bao Down Snack Bar.

For anyone who has checked out the brunch at Bao Down Gastropub in Olympic Village, you know that this is a weekend morning affair that is boisterous and colourful, from the plate to the soundtrack.

Taking a cue from their sister restaurant, the recently opened Filipino-themed Bao Down Snack Bar is also taking brunchers on a trip with their “Island Brunch,” served up with big flavours, all under the vibrant spectre of their neon-splattered wall, complete with (at least this morning) a Motown soundtrack.

Digging into their roots, the Bao Down Snack Bar team are skillfully weaving traditional flavours and techniques of Filipino food with locally-sourced ingredients and contemporary presentations. Despite the potential for the riffs taking things too far from the source material, Bao Down Snack Bar’s brunch is a savvy meld of classic brunch, turned just enough on its ear to shake up your weekend eating routine without being too wacky. 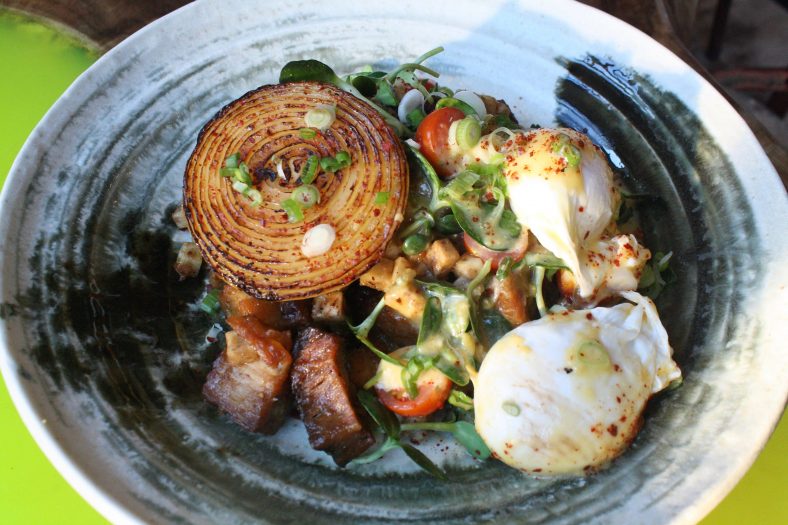 There are still a bounty of beautifully poached eggs to knife apart, only here you’re releasing the golden yolky ooze onto a pile of taro hash with crispy, fatty pork belly and a torrent of pungent onion pieces. The root veg found in Filipino cuisine makes for a great hash base, and it shows up again in the purple-hued waffles that serve as the base for a kickass rendition of fried chicken and waffles.

Naturally, considering the irreverent and cheeky style Bao Down was known for before they even opened their flagship Gastown bao-centric shop (“Nice buns!” was a pre-launch social media trope, for sure) their chicken and waffles is equally cheeky. The ube waffle is slightly sweet and mellow (not to mention gluten-free), topped with a juicy, savoury, soulful Adobo-style fried chicken and poached egg, and you’ll get a big kick of heat from those fiery peppers. 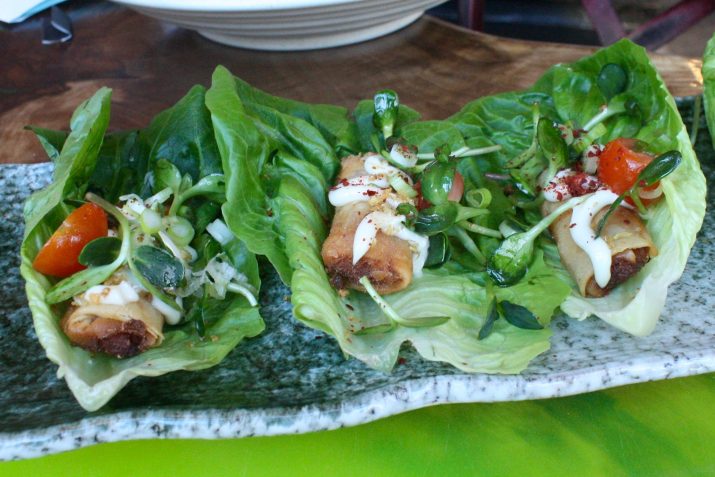 Other brunch offerings include a series of “Grilled Cheese” plates, served on pandesal, a round, puffy bun Bao Down sources from a local baker. You can get your Grilled Cheese with avocado, or with either Longanisa (sausage) or Tocino (cured pork collar).  You’ll also find rice-based dishes, like their Loco Moco (a pork patty with mushroom gravy) or their Beef Tapa, served alongside a tasty garlic rice.

Fun share-able dishes include Breakfast Lumpia, a brunchy take of the traditional Filipino egg roll (just add eggs and cheese), and their Loganisa Corn Dogs, which are a play on pigs in a blanket, starring their house-made Loganisa sausage. And of course, you can spice up your brunch with their house Caesar, which is served with a lumpia garnish. 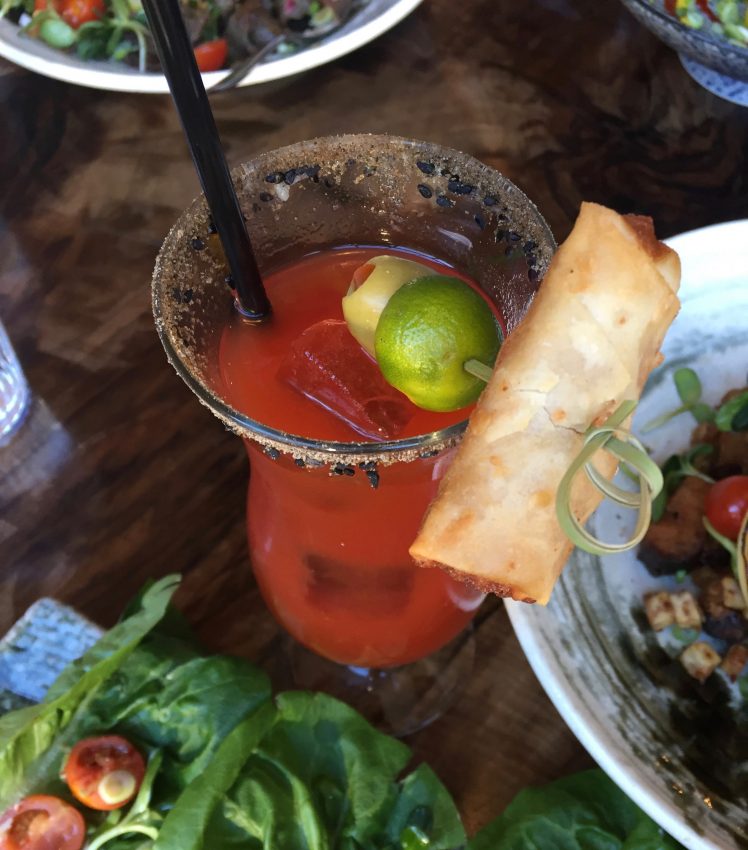 With Filipino food poised to step into the spotlight in the coming months, it’s exciting to see a place like Bao Down Snack Bar work with classic flavours and dishes adapted to Vancouver’s palate, produce, and pricepoint. Much like the Bao Down crew do with their lunches and dinners, their Snack Bar’s brunch is a fun and atypical choice for a great meal. 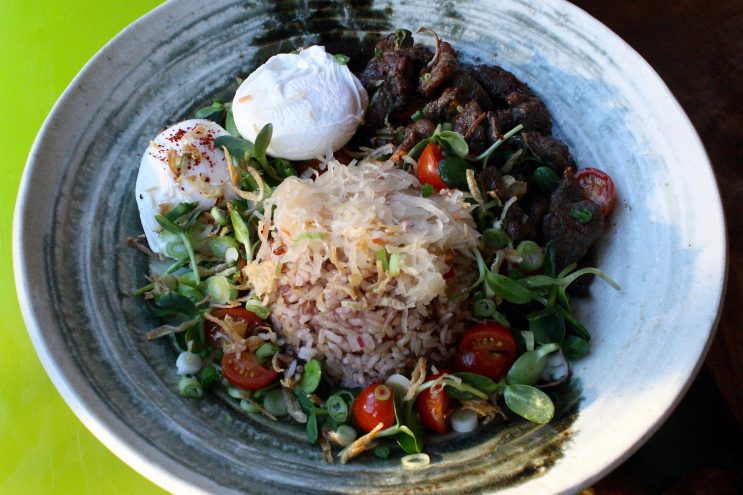 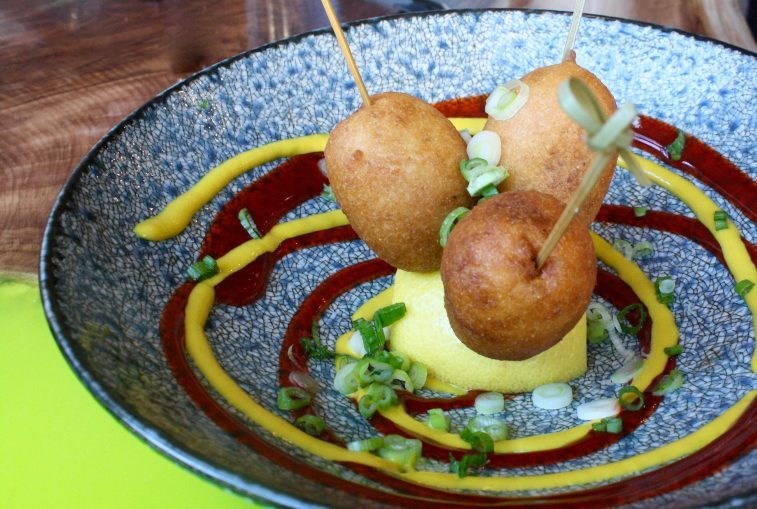 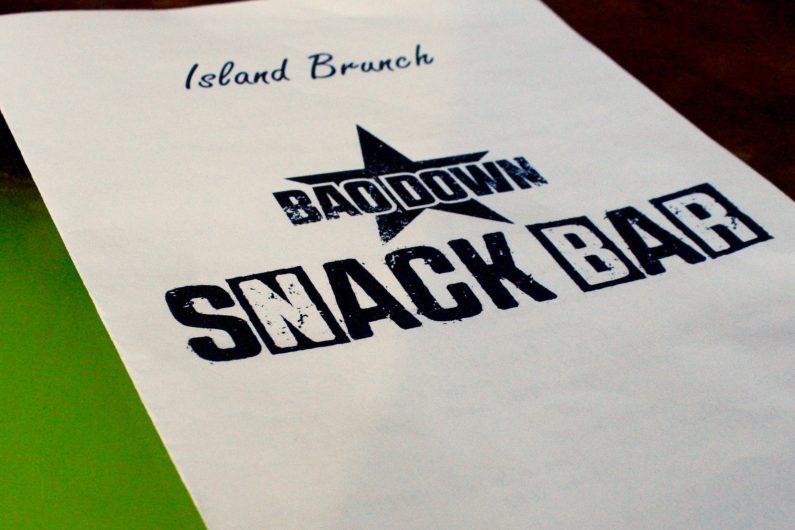 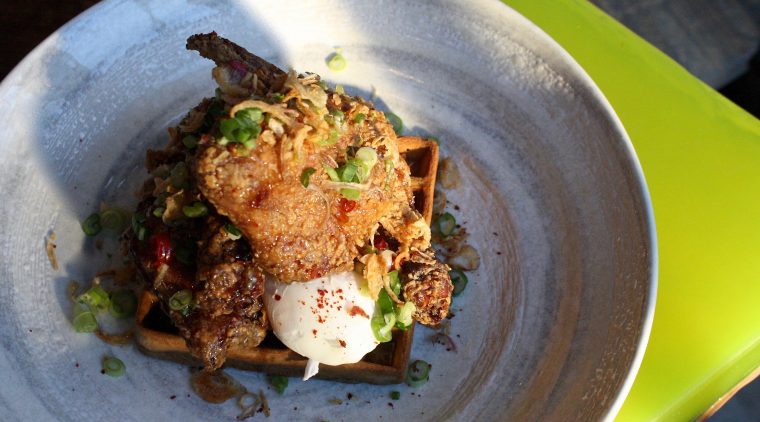