You may have heard our humble city compared to cities in the “land down under,” and with good reason. One of the key reasons has to do with wine. We make it in B.C., and we sure love to drink it, too.

But do you really know about Australian wine? To help you choose your next bottle or glass of Aussie wine, we had Hamer-Jackson help us out with a little bit of learning. Feel free to share these at your next dinner party or patio gathering.

Here are 10 need-to-know facts about Australian wine reflecting the rich history, on-going evolution and revolution of Australian wine, according to Hamer-Jackson of Wine Australia:

1. The first Australian wine export was in 1854 and since then the popularity of Aussie wine has grown around the world. In the year ending March 2016, Australia exported 62 million litres to Canada, worth CAN$185.3 million.

2. New world, old vines: Not only did wine grape vines first arrive in Sydney in 1788 but Australia has some of the world’s oldest vines. The Barossa Valley is home to Australia’s largest collection of old vines with many blocks of Shiraz and Grenache vines dating back to the 1840’s.

3. There are over 2400 wineries across 6 Australian states; we only see a fraction of these in Canada.

4. There are 65 wine regions in Australia and they have an amazing array of diverse climates, from wind-swept ocean cliffs to the sides of snowy mountains. Our challenge to you: taste the same variety from two unique Australian regions and you’ll see the regional distinction and diversity. 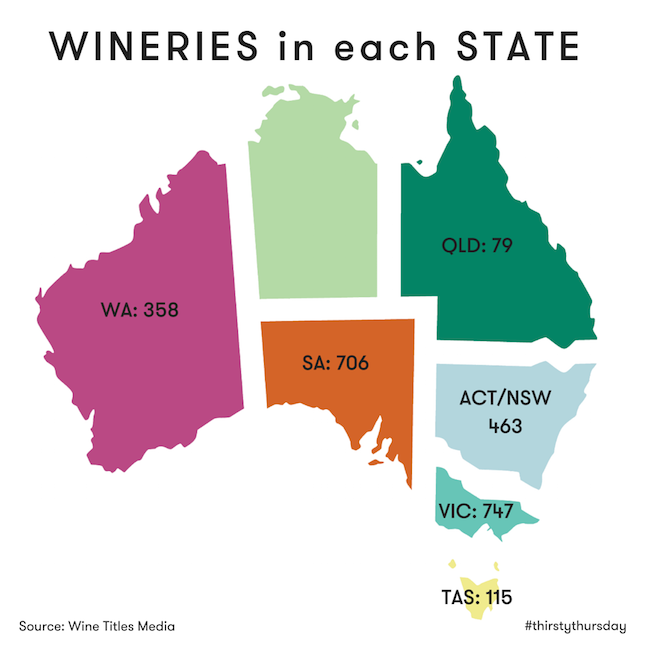 5. Cool-climate regions that are great for winemaking abound in Australia, mostly due to altitude and maritime influences on its vast coastline. Cool regions include Tasmania, Yarra Valley and Margaret River that are producing great wines with an emphasis on elegance and restraint.

6. Shiraz is the most planted grape variety in Australia and is loved across the world, especially in Canada with 12 per cent of Australian Shiraz exported here.

7. Australia doesn’t produce only Shiraz–in fact there are 155 unique grape varieties grown, from the well-known and hugely popular varieties such as Shiraz, Cabernet, and Chardonnay, to emerging Mediterranean varieties such as Montepulciano, Vermentino, and Moscato. The vast array of regions, varieties, and styles are a nod to the diversity of Australian wine. 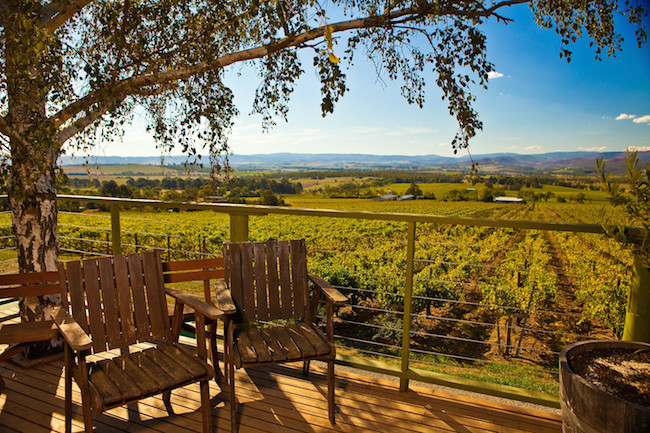 8. Around 30 million glasses of #Aussiewine are consumed each day across the globe; that’s 1.6 billion a year! From London to New York to Vancouver, the world loves Australian wine.

9. Australia is the third largest source of imported wine to Canada, behind the US and Italy, and is one of the world’s top 5 wine exporting countries—which is impressive coming from country with a population of just over 21 million people.

10. Australian wine styles are shifting. Beloved varieties from classic regions such as the Barossa valley and McLaren vale continue to be popular and you can often find cooler climate regions version right alongside it for an interesting comparison. In recent times, less common varieties and innovative winemaking techniques have led to an exciting shift in Australian wine styles!

Learn more about the wine of Australia courtesy Wine Australia at Dish ‘n Dazzle, the fundraiser benefitting the BC Hospitality Foundation. This year the event is being co-presented by Wines of Australia, so attendees will find over 80 premium Australian wines on offer, in addition to food from several of Vancouver’s most celebrated restaurants. Tickets are available online.