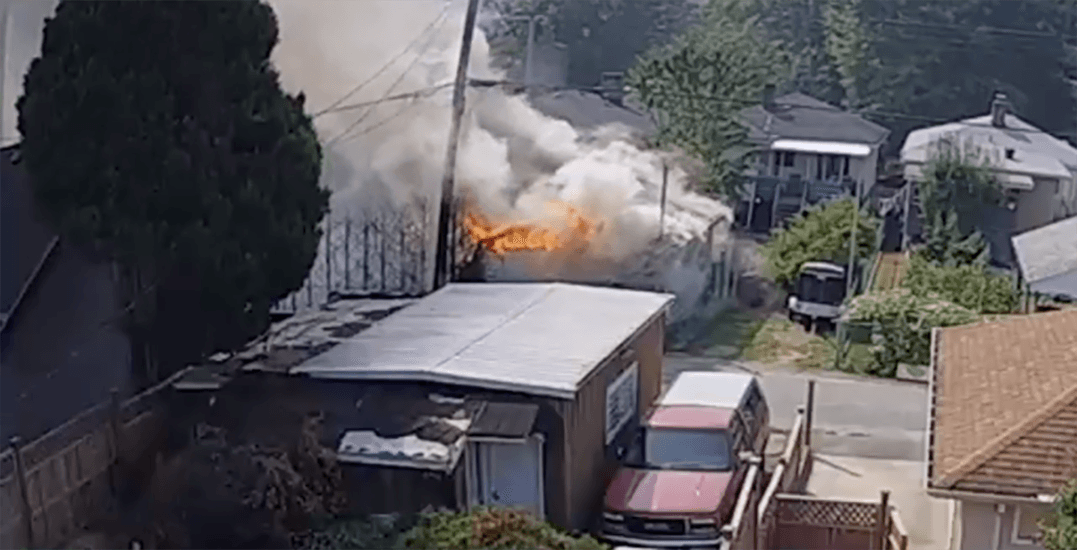 Vancouver Police (VPD) are asking the public’s help in identifying an arson suspect for a costly East Vancouver fire.

The incident took place on August 21 just after 3 pm, when a neighbourhood blaze engulfed a hedge, two garages with vehicles inside, and a utility pole.

Video footage released from the VPD shows a suspect walking in the east lane of Nanaimo Street and Copley Street. 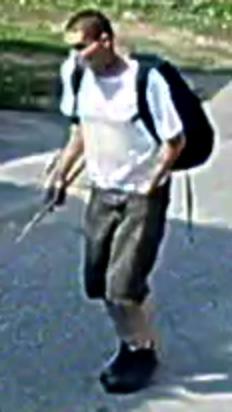 The individual puts his hand into a dry hedge behind a residence. Seconds after he walks away, the hedge is swallowed in flames.

Vancouver Fire and Rescue Services were able to respond quickly enough to prevent the fire from spreading to other buildings on the block. Fortunately, no one was injured.

The suspect is described as an Aboriginal male in his late 20s to early 30s. He’s approximately 5’10” with a slim build and tattoos on the left side of his neck. Police also mentioned that he walks with a distinctive limp. 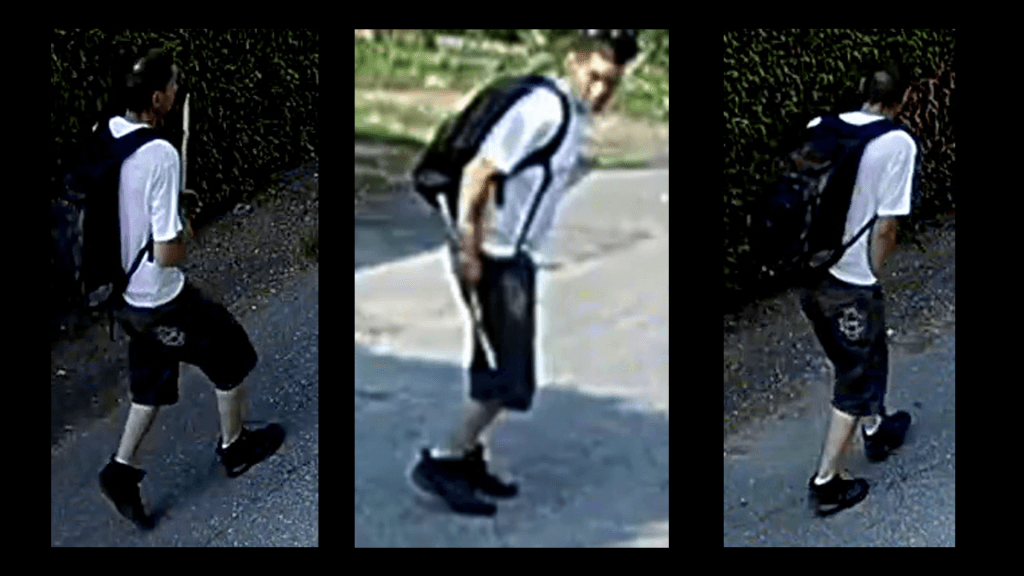 Jason Robillard of the VPD explains that given the dry weather, it’s unknown how exactly the suspect started the fire, although it’s assumed the suspect used a lighter or a match.

“It was very dangerous and very reckless behaviour,” says Robillard. “It’s a residential neighbourhood in a very dry summer. There were two vehicles with full gas tanks, it could have been even more dangerous.”

There’s no known motive as of yet, and police aren’t sure whether the case was random or targeted.