One of the biggest animated movies of the summer season is hitting theatres on May 20 – but you can see it nearly three full weeks before the rest of the world!

Rovio Animation Company and Columbia Pictures present an exclusive charity screening of The Angry Birds Movie this Sunday, May 1, at 11 a.m. at the Scotiabank Theatre. What’s better than seeing a blockbuster at a private screening? Seeing it before anyone else has had the chance to and then spreading the word to build up envy and/or anticipation for your friends.

This charity screening supports Frames Film Project, a local initiative that provides opportunities for youths to learn the basics of filmmaking. This isn’t just some random screening to drum up publicity for the film; the creative minds behind The Angry Birds Movie, which was mainly animated here in Vancouver, have strong feelings about The Frames Film Project and all the good it brings to our community.

“Frames Film Project is an amazing program that transforms individuals in need through film. As students learn how to bring their stories to life through the creative and collaborative efforts of this medium, the sense of community engagement and hope that naturally develops is inspiring. When I first learned about Frames, I was so impressed with how much they had achieved with so little thanks to their incredible passion. The Angry Birds Movie was a passion project for everyone involved. The film’s messages include the importance of community, and that being different and having unique viewpoints should be valued. Having the ability to leverage this special film to support Frames in helping others is truly a once in a lifetime opportunity to create a greater awareness of this program and help ensure its future.” 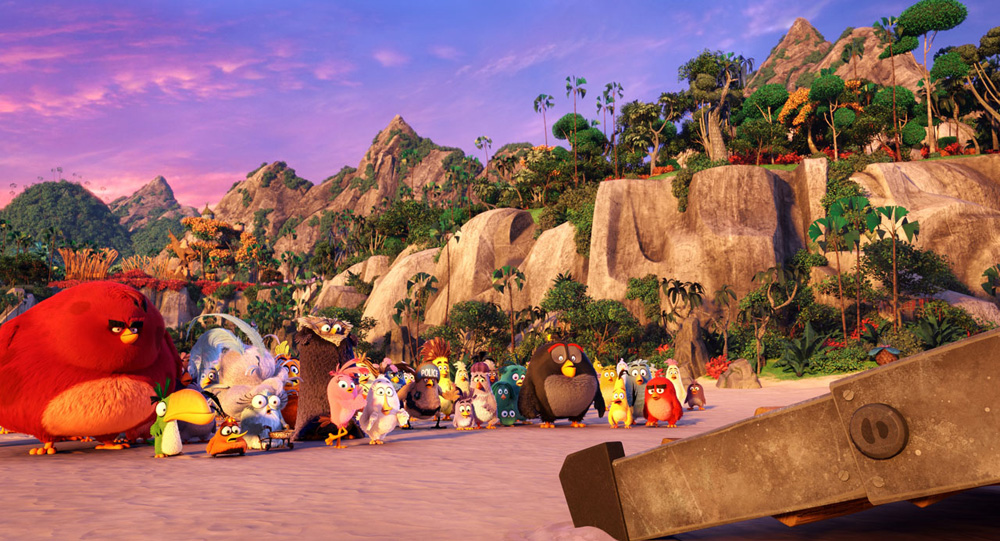 For the uninitiated, Angry Birds is the most downloaded mobile game of all time. You swipe with your finger to launch things at a bunch of pigs and other assorted objects. At the height of its popularity the game was so ubiquitous you’d swear it was coming pre-installed on all smartphones. This film adaptation follows the adventures of Red (voiced by Jason Sudeikis) and his friends on a birds-only island that becomes host to some surprise guests – who happen to be green pigs. Also among the big name celebrity voice cast are Josh Gad (Frozen), Danny McBride, Bill Hader, and country music superstar Blake Shelton.

If you’re already anticipating seeing The Angry Birds Movie then this special event is by far the best opportunity you will have to see the movie during its theatrical run.